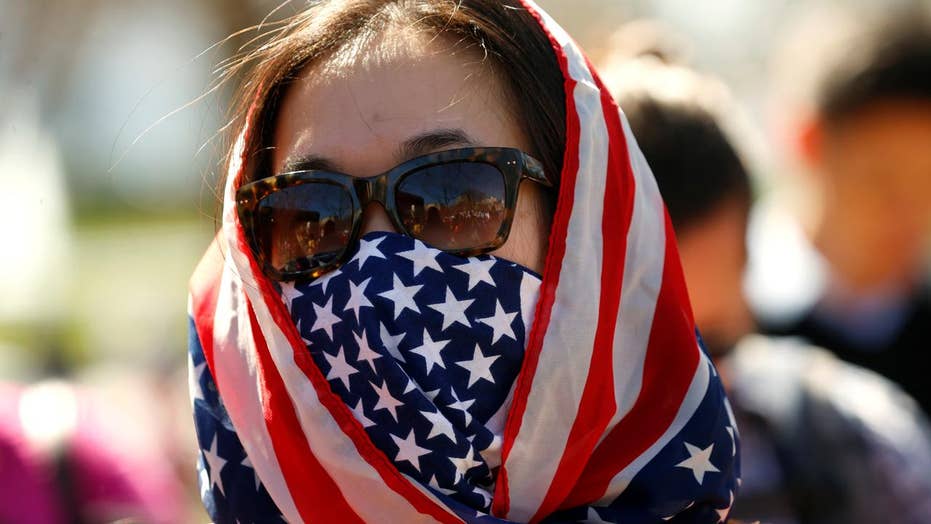 The debate over modern day feminism

Merriam-Webster has just announced its “word of the year” for 2017. Drum roll, please…it’s feminism!

The word peaked as an online search after various events occurred this past year, beginning with the Women’s March in January, then again when the film “Wonder Woman” was released, and now it has spiked yet again as a result of the #MeToo movement, which Time magazine has recognized as its “Person of the Year.”

The word feminism was simply “in the air” this year, notes Peter Sokolowski, Merriam-Webster’s editor at large.

Except it kind of wasn’t. For instance, nobody marched in the Feminist March last January – though of course that’s exactly what it was (if the now infamous “pussy hats” didn’t tip you off, the fact that pro-life women weren’t welcome maybe did).

But here’s the funny thing. Feminists always use the word “women” rather than “feminist”—the women’s movement, women’s studies, Women’s March, etc. They do this to give the impression that all women think one way. Or should think one way.

Except all women don’t think the same way, which is why feminism can get sort of tricky. Because in the 18 years I’ve been writing about feminism and its impact on the culture, one thing I’ve learned is that the word itself is entirely subjective.

Even Merriam-Webster acknowledges the definition has changed since feminism was first entered in the English dictionary by Noah Webster in 1841. Once defined as “the qualities of females,” it is now defined as “the theory of the political, economic, and social equality of the sexes” and “organized activity on behalf of women’s rights and interests.”

Feminists believe marriage and motherhood are oppressive. Thus, the abolition of both is the primary goal. That’s why they are compulsively driven to make abortion and day care universally available to all women—and taxpayer funded.

Americans are divided over what “women’s rights and interests” might be, and it is a divide that falls squarely along party lines: Democrats are more than twice as likely as Republicans to say “more work is needed to bring about gender equality;” and far more Democrats than Republicans “see advantages to changing gender roles.”

So let me lay out for you what feminism means to those who promote it, and then maybe you’ll understand why they shy away from using the word itself:

First, feminists are imprisoned by their negative view of women and their place in the world around them. Feminists believe women are victims of the “patriarchy” and must look to the government to redress their grievances. Women who don’t subscribe to this view think very differently, as Kellyanne Conway explained in February at the Conservative Political Action Conference. “I look at myself as a product of my choices, not a victim of my circumstances.” Conway went on to describe her mother, who she said was “left with no alimony, no child support, at a very young age with a child to raise and a high school education…and she just figured it out. She didn’t complain; she didn’t rely upon government. She relied on her own skill set, her own drive, her own moxie, and she relied upon her family and her faith.”

Second, feminists believe marriage and motherhood are oppressive. Thus, the abolition of both is the primary goal. That’s why feminists are compulsively driven to make abortion and day care universally available to all women—and taxpayer funded. Many Americans don’t realize that feminism is a branch of socialism, or collectivism, which draws on a sociopolitical movement that attempts to create a stateless society in which policy decisions are pursued in the (supposed) best interest of society. Like communism, feminism depends on hypothesizing an oppressed class. “Feminism found common cause with Communist ideology. Breaking up the family was not incidental but central to that ideology,” wrote journalist and author Kathleen Parker in her groundbreaking book Save the Males.

Third, feminists believe there are no differences between males and females other than their sex organs (and now even those can be changed!). All those physical, cognitive and emotional differences you think exist are merely social constructs, the result of centuries of restraints and stereotypes imposed by a male-dominated society. Ergo, feminism is not about equal “rights,” or equal opportunity for women. It’s about equal outcomes. The leaders of the movement insist men and women could be interchangeable, and thus “equal,” if parents would simply raise their children in a gender-free environment. They reject biology outright and want everyone else to follow suit.

In other words, when it comes to feminism, Merriam-Webster is superfluous. It doesn’t tell you a thing about the movement itself.

The best and most accurate definition of feminism was offered by Feministing’s Jessica Valenti in 2010: “Feminism is a structural analysis of a world that oppresses women, an ideology based on the notion that patriarchy exists and that it needs to end.”

While this negative view of women and men fails to resonate with most Americans, feminists continue to advance their personal agenda every chance they get. What do you think “the personal is political” slogan is about? The movement’s leaders even admit it: “I almost lost my self-respect trying to hold on to a marriage that was based no longer on love but on dependent hate,” wrote Betty Friedan. “It was easier for me to start the women’s movement than to change my own personal life.”

For more than forty years, feminists have set the stage for what they believe is best for women. As a result, millions of Americans assume progress for women requires women’s liberation—from men, from children, from society’s constructs, from just about anything that makes women feel morally obligated to someone or something other than themselves.

The saddest part of this misguided view is that it hasn’t made women happier. In fact, it has done just the opposite. According to a 2007 report from the National Bureau of Economic Research, “As women have gained more freedom, more education, and more power, they have become less happy.”

Some progress that is. But sure. Let’s celebrate the word. Feminism. Yay!