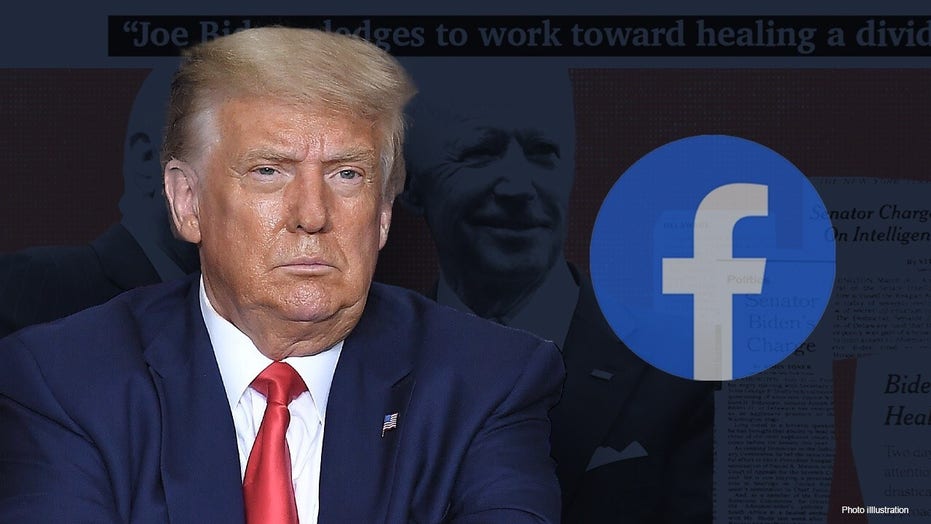 Board says company broke its own rules

The hypocrisy of Facebook’s so-called internal "supreme court" decision to uphold former President Donald Trump’s ban from the platform is astounding. However, this decision will ultimately help President Trump because it makes him a martyr for standing in defense of constitutional American freedoms.

Every American should take note of this decision. If the Facebook oligarchs can silence someone who served as president of the United States and received nearly 75 million votes, then they can silence anyone.

But to understand the depth of the hypocrisy and anti-Americanism of the Facebook elites, it is more revealing to look at who they are not removing from the platform.

Let’s start with the Chinese Communist totalitarian dictatorship. Xinhua News Agency– a state-run propaganda outlet – has 90.2 million followers on Facebook. The People’s Daily and the Global Times, which are Chinese Communist Party propaganda outlets, have 86.5 million and 62.9 million followers, respectively. The state-run television network, China Central Television, and its international arm, China Global Television Network, have 49.8 and 116.8 million followers. All of these organizations have been designated by the U.S. State Department as foreign missions.

To Facebook, a former American president is more dangerous than the Chinese Communist dictatorship, which is actively committing genocide and religious persecution, has taken over Hong Kong and threatened Taiwan, and openly says it intends to be the world’s dominant superpower by 2049.

In addition to the Chinese dictatorship, do the Facebook oligarchs think other dictators are less of a threat to America than President Trump? The "Movement in Support of Vladimir Putin" page has 3.1 million followers. Did Facebook forget that the Russian dictator has amassed troops on the Ukrainian border and just tried to poison his primary political opponent?

Facebook’s so-called oversight board decided that a man who got nearly 75 million American votes and was President of the United States is more dangerous that the dictators of China, Russia, Iran, Venezuela, and Cuba.

We can conclude then that either Facebook is not patriotic, its leadership has no common sense – or somehow hostile foreign dictatorships are less threatening to the United States than an elected former president.

Apparently, President Trump is also more unacceptable to the Facebook oligarchs than the group Nation of Islam, which has 81,179 followers. Nation of Islam is led by Louis Farrakhan, a known anti-Semite and preacher of hate.

President Trump is somehow also more dangerous to America than U.S. Rep. Maxine Waters, who said if a guilty verdict was not delivered in the Derek Chauvin case, then, "We got to stay on the street. And we've got to get more active, we've got to get more confrontational. We've got to make sure that they know that we mean business." Waters has 375,787 followers on Facebook.

This is just a sample. It is disgusting that Mark Zuckerberg – who was made a billionaire by the freedom found in the United States, who has relied on the stature of this country, and whose business exists because of the freedom of speech – would preside over this phony, dishonest process in order to keep President Trump off of Facebook while allowing real dictators to post freely.

This should be a national scandal. Zuckerberg and the Facebook oligarchs have violated fundamental American freedoms and betrayed their own country.

The Silicon Valley is looking a lot more like the Silicon Swamp—hostile to Americans and friendly to dictatorships.