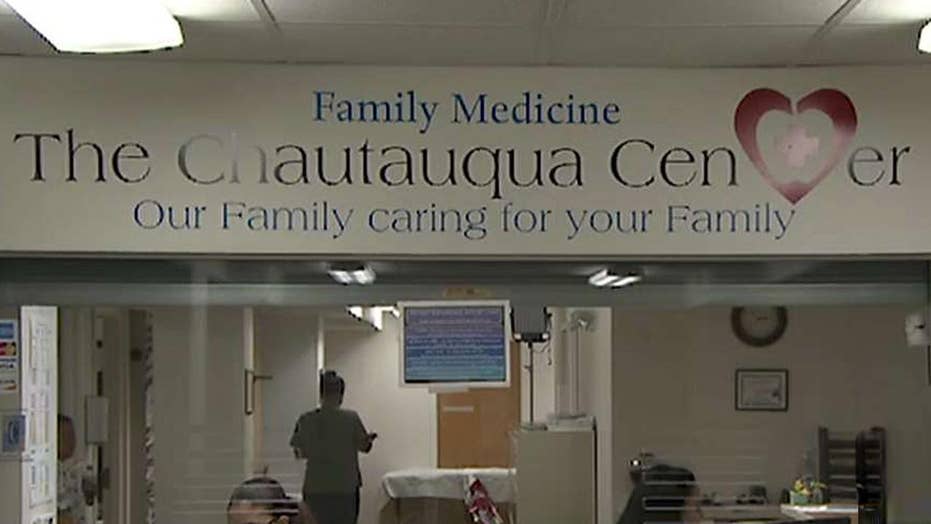 Federally Qualified Health Centers in the age of ObamaCare

The battle over the future of Obamacare has dominated headlines in Capital Hill the past few weeks.

But one of the biggest political myths in the debate is that if is someone doesn’t have health insurance, he or she can’t get access to basic care in the United States.

Another false assertion: If Republicans ever get around to doing something about Obamacare, many people will find themselves in dire straits. One of Bernie Sanders’ favorite talking points is that “thousands of Americans will die” if the GOP has its way.

But there is already a health care safety net available to anybody regardless of ability to pay. There are 1,300 Federally Qualified Health Centers serving at least 24 million people a year. These centers offer medical care on a sliding fee scale, based on income, and are heavily dependent on Medicare and Medicaid – and they’ve been around for decades.

In fact, many of the same Democrats who helped create and fund these safety net clinics are now acting as though they don’t exist.

Fox News went to a FQHC in upstate New York called the Chautauqua Center, in the town of Dunkirk, about an hour southwest of Buffalo. The tidy clinic inside the town’s municipal building was bustling with patients, including Jorge Rivera, who agreed to tell us his story of drug addiction, imprisonment, and ultimately salvation, in his view, at the hands of Chautauqua’s medical staff.

“If I won't be in the clinic, I'd be on drugs – heroin, cocaine, crack, whatever – or I'd be dead right now,” Rivera told Fox News.

Rivera hasn’t held a steady job since 1987, but he’s had access to FQHC since 1989. That’s when Congressional Democrats placed them into a budget reconciliation bill signed by Republican President George H.W. Bush.

FQHCs have expanded quickly since then, and got a big boost from Obamacare because patients like Rivera were able to get taxpayer subsidized health insurance, and that meant a steadier revenue stream for clinics like the one in Chautauqua. The ACA also increased funding for the clinics from 2010 to 2015.

Clinic CEO Mike Pease said while he is pleased with the money Obamacare provides, there are other health care issues that need to be addressed. For example, he said, like a nationwide doctor shortage.

Given the uncertainty of D.C.’s plans for Obamacare, Pease met with his local Congressman, Tom Reed (R-NY), to find out about the future of the clinics.

Reed said Republicans plan on sticking by FQHCs and the safety net they provide.

“We're going to stand with you, it's a win-win. You're better quality, lower costs and doing it in a better way,” Reed said.

Many Republicans see little choice but to support and even expand the clinics.

“I would make an argument that you can spend your Medicaid dollars more wisely by spending money on these types of centers and expanding access to them,” said attorney Chris Condeluci, who was a GOP Congressional negotiator on Obamacare, “these health centers, should they be expanded for people lopped off the rolls, would be an efficient way to make tax dollars go further.”

Some Republican leaders say it makes sense to take federal money from Planned Parenthood and divert it to these centers – an idea that appeals to the GOP’s conservative base.

“For every Planned Parenthood, there are 20 federal community health centers,” said House Speaker Paul Ryan, “They’re vastly bigger in network, there are so many more of them, and they provide these kinds of services without all of the controversy surrounding this [abortion] issue.”

Not all conservatives agree. Some argue that the goal should be to cut taxpayer funding for health care, while at the same time introducing more scaled down policies – and more choice – while allowing health insurers to compete across state lines to ultimately drive down costs.

“Aren’t we trying to move away from the safety net?” asked Dr. John O’Shea, Senior Fellow at the right-leaning Heritage Foundation, “If these health centers are seeing patients that are insured but they can’t pay their copays and their deductibles, a key question is what is the expansion in coverage actually doing?”

O’Shea believes what’s happening is taxpayers are paying twice, once for the clinic and the next to subsidize the health insurance.

But Rep. Reed and other Republicans on Capitol Hill see FQHCs as a bipartisan creation that pre-dates Obamacare, and could be even more important if Obamacare is ever repealed.

“It's just a misrepresentation of the priority that we have as Republicans,” said Reed, “saying that we don't care about poor people. That's just not the case.”