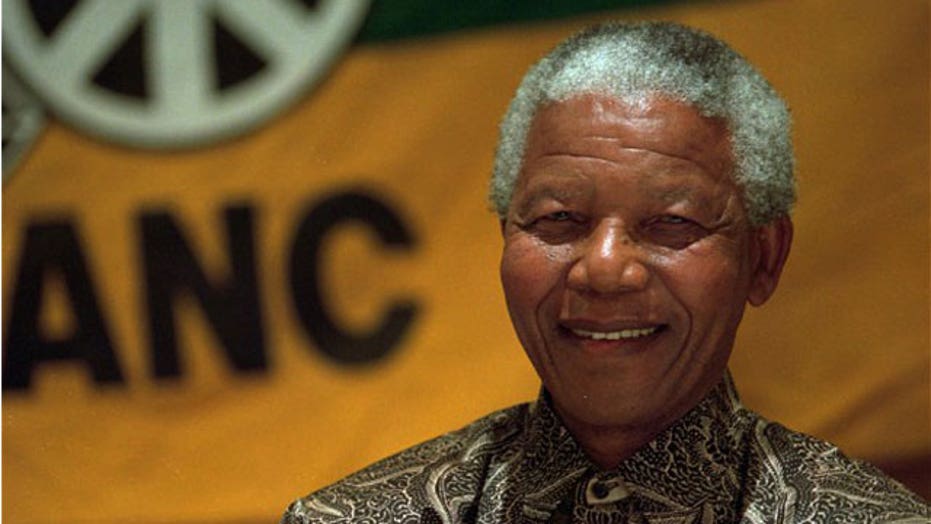 I first met Nelson Mandela at the historic meeting between the former government and the African National Congress at Groote Schuur on May 2, 1990.

To this day, I remain deeply impressed by Mandela’s opening address.

He displayed a remarkably thorough knowledge of the history of the Afrikaner, referring to the pain and sorrow of the Anglo-Boer War: 27,000 women and children who died in the concentration camps. Boer soldiers returning to graves and ruined farms. The ensuing poverty of the Afrikaner and his harrowing feeling of being wronged.

The enormous suffering of the Afrikaner he could understand. But what he could not understand, he said, was why the Afrikaner, when they started recovering from their devastation, didn’t then reach out to their fellow black South Africans who were equally impoverished, degraded and subjugated.

He posed a haunting question to us.

The answer is that the whites also became victims of apartheid, the Afrikaner more so. We had fought fiercely and paid a terrible price for our own freedom, but failed to realize that we could not truly be free unless all the people living and working in what we considered to be white South Africa could share that freedom with us.

After I departed from politics in 1996, Mandela wrote the following inscription, dated July 30, 1997 in his biography “Long Walk to Freedom” which my daughter and her
husband bought to commemorate the christening of their son, my grandson, James Barry Hertzog:

‘To James Barry Hertzog. You carry a historic name and are the grandson of an equally talented South African who has made his contribution towards the development of our country. Good luck on the occasion of your christening on 10 August 1997.” (sgd) Nelson Mandela 30 July 1997”

Mandela knew that my son-in-law, Bertus Hertzog, was a descendant of Gen. James Barry Munnik Hertzog, a famous Boer-general of the Anglo-Boer War, 1899-1902 and prime minister of South Africa 1924-1939.

This is but one of the innumerable examples of his capacity to apply his accumulated knowledge with sensitivity and insight to the realities of the day and not to allow the bitterness of his suffering in prison to displace his determined pursuit of reconciliation.

On May 1, 1998, I underwent an operation to have my prostate removed due to cancer. That afternoon, after the operation, President Mandela visited me.

When I came to my senses, he was standing next to my bed in the intensive care unit. He took my hand and said, “I have come today to say to you not to worry. You must relax. You have made it. That is all that matters. I went through the same ordeal and I survived. We need you. Get well and carry on.”

This is how I got to know him – an unfathomable human being.

A person who endured imprisonment for 27 years and then handled the presidency of the country as if he had never spent a single day in jail.

His visit to me in hospital dimmed the pain of the surgery, but mentally I wrestled with remorse over what he had to endure during 27 years of imprisonment.

His conviction in court did not preclude him from adhering to his conviction that black and white needed each other to achieve progress and prosperity for all our people.

He decided that he was not going to allow himself to be governed by hatred and bitterness.

He believed that the inequities and animosities of the past could be ruled out by a charter or bill of fundamental human rights.

He assured us that majority rule would not entail a black majority dominating a white minority.

He emphasized that we live in a country that belongs to all of us, black and white. The black majority will need the white minority to achieve the same level of proficiency in management and craftsmanship.

In May 2008, Hawking visited South Africa as part of an initiative by the African Institute of Mathematical Sciences (AIMS) to find an African Einstein. His visit was described as the most historic visit to the Cape of Good Hope since Charles Darwin moored here on May 31, 1836 onboard the HMS Beagle.

Having being invited to the event, I flew to Cape Town and also participated, at the request of Hawking, in a TV interview which prof. David Block, astronomer of the University of the Witwatersrand, had arranged.

Stephen Hawking had long coveted a desire to meet Nelson Mandela. The organizers of the Cape Town conference endeavored to arrange a meeting, but Mandela’s office could not fit it in at such short notice due to an overburdened program.

As fate would have it, I had an appointment to meet with Mandela on May 15, 2008. Zelda le Grange, Mandela’s exemplary aide-de-camp, agreed that Hawking and Block could be included in my meeting with Mandela.

I consider it to be one of the highlights of my life that I had the privilege to bring Mandela and Hawking together and to be part of the meeting.

Mandela achieved his “cherished ideal” with an immeasurable endurance of suffering, without having to die for it.

He warded off the temptation to be guided by the bitterness of suffering 27 years imprisonment and resolved to persevere on the road of reconciliation and peaceful negotiations to accomplish his arduous “long walk to freedom” for all the people of South Africa, black and white.

His death is irreversible, his legacy, undying. All of us, the government, the voters, civil society, the churches, are faced with an inescapable challenge: are we going to honor and sustain his legacy or deviate from it.

Indeed, leaders across the globe ought to reflect on his legacy -- particularly while they have the option to resolve disputes through peaceful negotiations instead of violence; abolish all nuclear devices or retain them to destroy our planet; take the quantum leap required to avert the lethal consequences of climate change and the depletion of the planet’s natural resources or enjoy our daily greed to such an extent that it forbids us to preserve our planet for our children to survive.

Roelof Frederik "Pik" Botha is a former South African Foreign Minister who served his country in the final years of the apartheid era.
ADVERTISEMENT