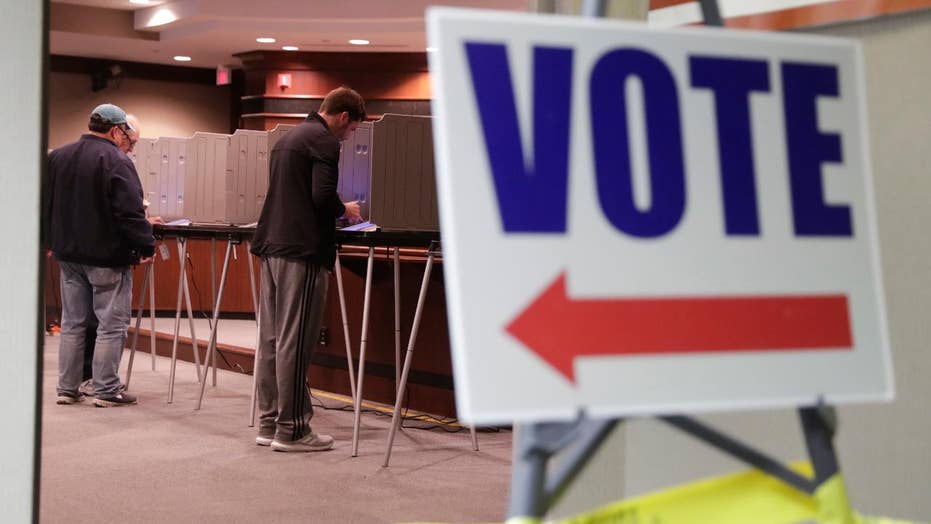 As a former long-serving U.S. Senator from Virginia, I strongly encourage all my fellow citizens to exercise your valuable right to vote in the imminent congressional elections and to pay special attention to the large number of qualified veterans running from both parties.

Every year the need increases for experienced and dedicated citizens to step up and volunteer for public service, hopefully as members of Congress. As a fellow veteran of both WWII and Korea, and former Secretary of the Navy, I believe the nation benefits when former members of the armed services rise to the challenge of running for office.

While the first obligation of a member of Congress is to care for the needs of the folks back home, the rapidly changing world beyond our shores is an ever-evolving challenge. Most veterans are fully capable of assessing the needs of the people at home, but they also bring the added knowledge of the world that comes from having been deployed overseas. With this combination of experience, vets in general are often ready to hit the ground running once they take office.

From the moment military recruits first put on their uniforms, the creed of “duty, honor, country” is tattooed on their heart. As you begin your training, you begin to exercise leadership – then you perform your missions, hoping you and all under your command will survive. To achieve these goals, you must learn to respect and trust your fellow service persons regardless of where they are from, the color of their skin, or any other label besides American. This is essential! For many veterans, this tolerance and ability to work together follows them into civilian life.

Many times I’ve seen how this military order and discipline enables politicians to resolve differences and deadlocks, and cross the aisle to create legislative goals. The time-honored military spirit embodied in the phrase “we can do, we must do” lives on in veterans.

I’m heartened to see that in the current elections, there has been a significant increase in the number of veterans stepping up once again to volunteer to serve our nation. The specific request I ask of you citizens as you prepare to vote, is to check your ballots to see if it includes a military veteran – soldier, sailor, airman, or Marine. If so, pause for a moment to give him or her a second thoughtful review before you vote.

From the end of WWII to the 1990’s, 70-80 percent of Congress was veterans of WWII, Korea or Vietnam. When I left Congress in 2007, the percentage had begun to dwindle, to where today the number is below 20 percent. Records show Congress fulfilled its constitutional responsibilities better in post-WWII America, and clearly the military training and discipline of many members was important to this outcome.

Based on my several decades of public service, particularly as a U.S. Senator, I strongly believe that having a significant number of veterans in Congress is a common sense means to help ease our current political paralysis and excessive partisanship. Veterans can help us have a less polarized government.

It’s not that we veterans consider ourselves smarter, or more skilled at politics than others. Rather, it’s that service in the Armed Forces that instills certain behaviors and disciplines, the most important of which is mutual respect for our fellow veterans.That often takes the form of civility, dedication and a can-do spirit.

Washington now is seized with contentious behavior and rude remarks, rather than the kind of respectful cooperation that allowed our generation to get things done!  More veterans in public office would have a significant, positive effect and enable Congress to be more productive, giving the members a greater sense of achievement and satisfaction.

To that end, I support With Honor, a vital organization that supports veterans who are running for office, from both parties. With Honor helps these veterans compete for Congressional seats by independently supporting their campaigns and gets out the message out that they’re ready to serve again.

For many of the nearly forty veterans who have signed With Honor’s pledge to serve with integrity, civility, and courage, I’m optimistic that their second service will begin this Tuesday.

John Warner served previously as Secretary of the Navy, Chairman of the Senate Armed Services Committee, and U.S. Senator from Virginia.