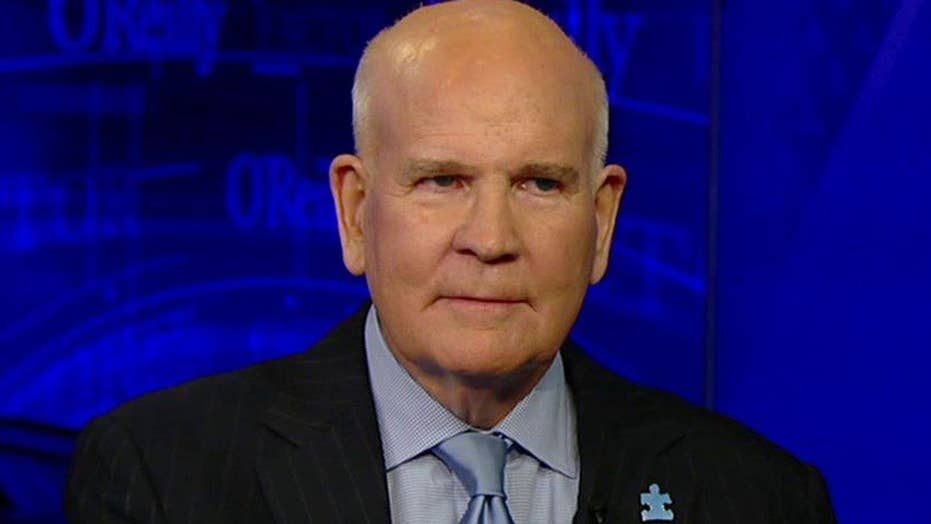 Bob Wright on the rise of Donald Trump

Editor’s note: The following excerpt is adapted from Bob Wright’s “The Wright Stuff: From NBC to Autism Speaks” and is printed with permission from RosettaBooks.

The problem with hit shows is that they eventually end, and you have to begin again from scratch with no guarantees you can achieve another spark. We owned the business in 1995 when Seinfeld was number one and anchoring our primetime ratings. By 1997, the tables were turned and we were desperate to renew Seinfeld. I personally negotiated with Michael Ovitz to keep Seinfeld on the air. He controlled that show because of his position as Jerry’s agent and was a forceful personality; he also received a cut from the show. But we knew Jerry’s interest was waning.

The final negotiation with Jerry took place at my Trump Towers apartment in New York City with Jack Welch, me, Jerry, and his manager, George Shapiro. We all knew each other well and rather quickly settled on one more season of the show. Jerry was to be paid $67 million for one season under his personal services contract. (NBC paid separately for the show, about $3 million per episode because of an expensive supporting cast. So we were spending nearly $200 million on that one series.)

Then Jerry started to hesitate. He had demonstrated he could succeed at the daunting task of being series producer, writer, and star without help from his longtime writing partner, Larry David, who had left 2 years earlier. It’s fair to say Jerry found it very difficult. He wanted it to be the funniest show ever written. He was concerned about slipping ratings; he wanted to go out on top. So it was like being in jail. It wasn’t fun anymore—but it couldn’t have been more lucrative.

Jack Welch was flabbergasted by Jerry’s hesitation. Why would anybody turn down $67 million for a year’s work regardless of the ratings performance?! That 2-hour meeting broke without a signed contract. We all agreed to give Jerry some breathing room. Later that night, Jerry telephoned me. “Bob, I don’t want to do it. We really should stop here. I just don’t feel comfortable doing it.” I asked him to take a day and speak with his team. But he called back the next day, firmly declining the offer. That was the end of it. It was a matter of professional pride for Jerry; it was never just about the money. That NBC’s Must-See TV hinged on his show was our good fortune and, in the end, our problem.

The irony is that the show has earned over $500 million in secondary rights since it went off the air. Seinfeld is the best-managed and most successful off-air show of all time.

Donald Trump and The Apprentice debuted on NBC in January 2004 in the waning days of Must-See TV. The series ran for 6 seasons and spawned The Celebrity Apprentice. But Trump, whom I had known from earlier real estate development dealings, kept on running right through the 2016 presidential race. When I ran GE Capital, Trump tried to convince GE to move its newly acquired RCA and NBC from Rockefeller Center into a Television City he proposed to build on land he bought for $40 million out of bankruptcy from the Pennsylvania Railroad. He came over to my GE Capital office in Greenwich to make the pitch, and our discussions went on for some time while I got other bids, which I used to negotiate a better deal for GE at 30 Rock.

As head of NBC, I got into business with him as half owner of his Miss Universe pageant and eventually The Apprentice, which suited him perfectly. I made him executive producer of Miss Universe because he was complaining about the judges and production, and he knew how to make it work for television. I remember Trump telling me, “You know me—the two things I really love in life are women and food!” He brought order to all of the shows he was part of. As ratings for The Apprentice rose, so did Trump’s fees. The great negotiator claims to have made more than $213 million over 14 seasons from The Apprentice and related branded products, many of which bore his likeness.

By 2015, Trump was skillfully capitalizing on his TV-honed brand as a leading Republican presidential candidate. Suzanne and I were all too familiar with his cocky, abrasive style as longtime friends with Donald and his wife, Melania.

The rest of the world was taking a deep dive into his character. Trump is always looking for action and not afraid to negotiate with anyone—even members of Congress. He is extremely win-oriented; that is his whole being, and he’s very good at sharpening and using the tools he has available. These would be very useful leadership attributes at this point in our country’s history. I think people underestimate Trump’s ability and cunning. He has brought to the forefront important matters like immigration and jobs in a way that can no longer be ignored. So he will bring sharp focus on the issues he can exploit, and influence others to take positions and action. It doesn’t mean if he got elected he would be able to get any of it done. But he would be a fierce advocate. He would take no prisoners. His allegiance to party would be secondary to his allegiance to his own ideas and agenda. Running for office has given him political credibility. Trump will be a national political figure for many years to come.

Wright to the Point

The fine art of negotiation determines how successful your business can be, whether it is a public corporation or a nonprofit. It is your ability to persuade others to follow a strategy, to embrace a vision, to do what needs to be done. That was an especially tricky task when it came to NBC programming because of the unpredictable nature of personalities and circumstances. There was so much over which you had no control. The best you could do was to empower others to do your bidding, challenge conventions at every turn, and keep a handle on all the moving parts. Rule changes and new technology continuously reset boundaries and expectations. But the process remains the same: leverage what you know, yield to what you don’t know, and ardently pursue what you want. The deregulation of the broadcast networks’ financial interest in the ongoing revenues of series they underwrote leveled the playing field for us as program producers and distributors. That equalizing act altered all of television program dynamics and economics.

So, too, with the change in state laws governing insurance claims for autistic patients, who previously had struggled for any kind of coverage or recognition. The grueling grassroots crusades we waged to win insurance reform in more than 40 states were not unlike the individual victories NBC scored with program producers, particularly in the 1990s, when the TV network system was in flux. Every new negotiation brought with it the opportunity to push the envelope a little more. You can’t push people in new directions without expecting pushback on the way to exciting results. If you accept the responsibility to be a powerful force for good and for necessary change, and to create something of value that didn’t exist before, then the conflict and chaos are just temporary means to a more satisfying end.

That’s the way I ventured into NBC’s TV program culture and challenges in 1986, and into autism’s troubled, disconnected landscape in 2004 (more on that in Act 3). The difference was that at NBC I had Brandon Tartikoff as a knowledgeable, innovative navigator. Suzanne and I, along with our early supporters, were on our own fashioning Autism Speaks, with only my instincts and principles that had served me so well in the business world. As it turned out, fighting to broaden insurance coverage for autism wasn’t so different from changing regulations in advertising-supported television. They were necessary reforms for progress. Once goals and strategies were set and cloaked in a marketing campaign that everyone could understand—whether it was Must-See TV at NBC or raising awareness at Autism Speaks—we focused tirelessly on the risk-taking. Nothing could have been achieved without it.

Bob Wright is the author of "The Wright Stuff: From NBC to Autism Speaks" (RosettaBooks, March 29, 2016). He served as Vice Chairman of General Electric until 2008 and Chairman and Chief Executive Officer of NBC Universal until 2007. From his appointment as president and CEO of NBC in September 1986 he had one of the longest and most successful tenures of the world's leading media and entertainment company chief executives. Today, he is Senior Advisor of Lee Equity Partners and Chairman and CEO of the Palm Beach Civic Association. Autism Speaks, founded by Bob and his wife, Suzanne, has led the way for more than a decade in global autism research, advocacy, and support services.