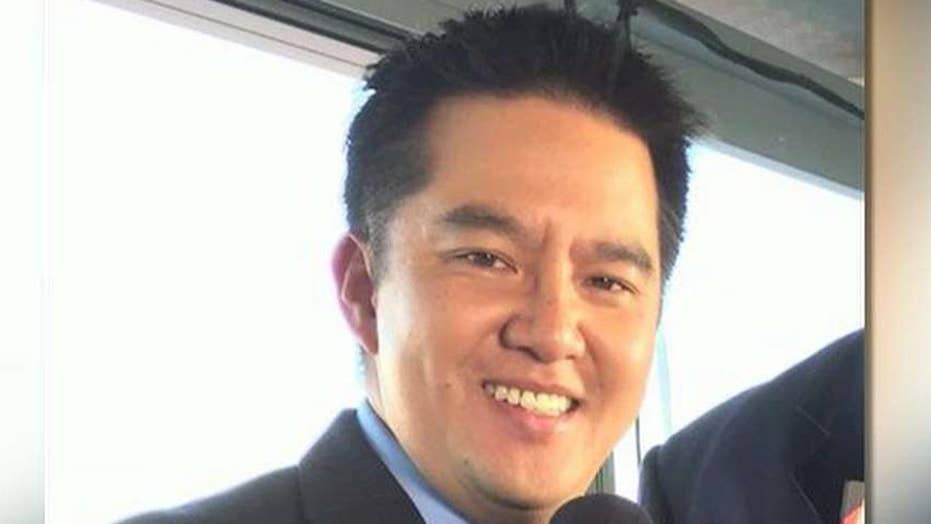 Some news stories are so insane that the first reaction has to be disbelief. That was the case Tuesday night when it was revealed that ESPN had pulled a broadcaster from covering a football game simply because he has a similar name to a Confederate general.

In one ridiculous move, ESPN became a metaphor for everything wrong in media.

Poor Robert Lee, an Asian-American with no relation to Army of Northern Virginia Confederate Gen. Robert E. Lee, was scheduled to announce the University of Virginia’s home opener. But after the Charlottesville protests ESPN feared that his name might be a “trigger” to its nonexistent audience of social justice warriors, following. So Lee (the Asian-American one, not the general) was dropped from the broadcast faster than you can whistle “Dixie.”

The website Outkick scooped the world, reporting that, “MSESPN Pulls Asian Announcer Named Robert Lee Off UVa Game To Avoid Offending Idiots.” That was too subtle. Comparing ESPN and MSNBC only scratches at the surface of how left-wing the “sports” network has become.

ESPN President John Skipper has single-handedly wrecked what was once an icon of the sports world. Skipper spent eight years working for left-wing Rolling Stone before shifting and moving over to its competitor Spin magazine. Even The Washington Post called him “a gangly, Southern hippie.” Hippie was an understatement.

It has been downhill for The Worldwide Leader in Sports since Skipper took over the network completely in 2012. Subscribers have dropped off, conservative voices have been largely purged and social justice outdoes sports on a regular basis.

When openly gay college football player Michael Sam was drafted by the NFL, ESPN went nuts. Its then-site Grantland was thrilled by Sam kissing his boyfriend in celebration. “If I weren’t such a jaded soul, I’d call it the V-J Day photo of 2014. Michael Sam, the defensive end who’d just been drafted by the St. Louis Rams, turns to his boyfriend, Vito Cammisano, and kisses him. Right on the mouth,” wrote Bryan Curtis.

In 2015, ESPN’s Arthur Ashe Award for Courage went to Caitlyn Jenner instead of college basketball player Lauren Hill, who still courageously played while terminally with brain cancer. Hill’s story was inspiring but not liberal enough for the ESPYs.

Former ESPN staffer and openly conservative Britt McHenry tweeted about her firing: “I mean I’ve been openly Conservative… look how that ended up….”

ESPN’s left turn continues. The network actually apologized after running a live fantasy football auction draft that liberals on social media compared to a slave auction. “Auction drafts are a common part of fantasy football, and ESPN’s segments replicated an auction draft with a diverse slate of top professional football players. Without that context, we understand the optics could be portrayed as offensive, and we apologize,” it said.

Even left-wing ESPN can’t appease the social justice mob all the time.

When it was disclosed that Golden State Warriors star Kevin Durant might not visit the White House, that sent another ESPN staffer into an anti-Trump rant. “So really to me it's a story because really it reflects the times and the frustration of where we are as a country when guys are saying stuff like that, knowing that the backlash may take them in some circles, speaks to how bad things are in the highest office in the land,” explained Michael Smith.

If there’s anyone sane left at Disney, ESPN’s corporate owners, the Robert Lee fiasco will be the wake-up call to shift the network back to sports. But that probably won’t happen. The liberal bubble covers Disney just as much as it covers ESPN. Besides, some NFL player might protest and that’s more important to the folks at ESPN than actually covering, you know, sports.