Warren says Kavanaugh nomination is 'not a done deal'

Is there anything sadder than the sight of progressives solemnly going through their borking rituals when nobody cares? That’s what happened Sunday, when activists sought to mobilize the public to keep Brett Kavanaugh off the Supreme Court. From Toledo to San Francisco, protesters dutifully showed up with “Kava-NOPE” placards, “Unite for Justice” T-shirts and, of course, their signature “Handmaid’s Tale” red frocks, meant to symbolize Judge Kavanaugh as an instrument of the patriarchy.

The website Common Dreams called the protest “the largest of its kind in U.S. history.” But it barely registered a blip. All that sound and fury signifying one thing: They don’t have the votes. 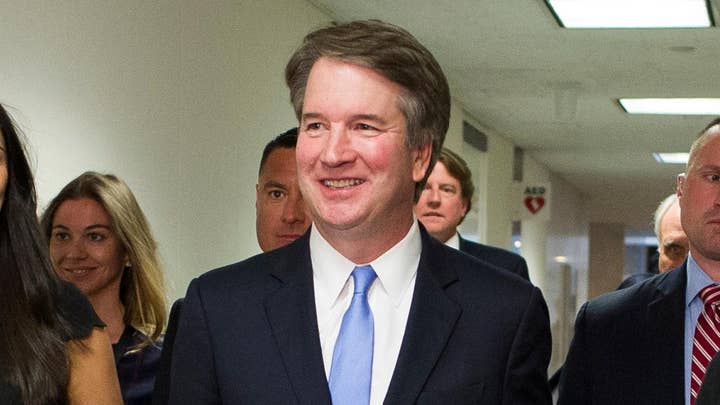 How different this is from the original performance three decades back. Say what you will about Ted Kennedy, but when a demagogue was needed he was the man for the job. Within 45 minutes of Ronald Reagan’s announcement that Robert Bork was his pick to replace the retiring Justice Lewis Powell on the high court, Kennedy introduced him to America this way:

“Robert Bork’s America is a land in which women would be forced into back-alley abortions, blacks would sit at segregated lunch counters, rogue police could break down citizens’ doors in midnight raids, schoolchildren could not be taught about evolution, artists would be censored at the whim of government, and the doors of the federal courts would be shut on the fingers of millions of citizens for whom the judiciary is often the only protector of the individual rights that are the heart of our democracy.”