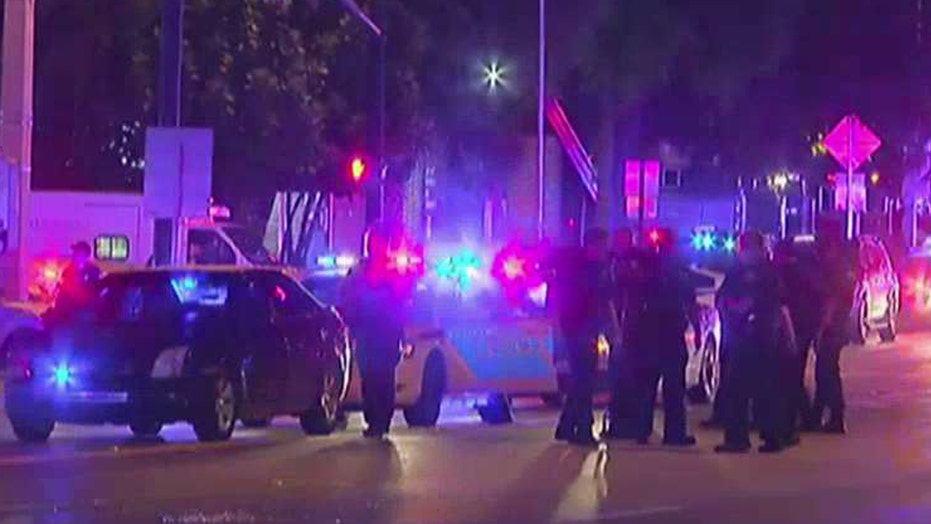 America is at war. The events in Orlando represent a sea change in the United States. Or at least they should.

In the last two years, since the Islamic State declared the reestablishment of the Caliphate from the Grand Mosque in Mosul, Iraq, U.S. police and federal agencies have intercepted, arrested, or killed 103 individuals on U.S. soil connected to the Islamic State (see Threat Knowledge Group’s report, ISIS: The Threat to the United States.)

As reports continue to flow in, it is clear that the murderer of the 50 innocent people at the nightclub in Orlanda linked himself to ISIS. And not only that, but the Islamic State, through its official propaganda outlet, has claimed responsibility for the attack, tweeting “The Orlando attack is the work of a soldier of the Caliphate.” The year 2015 saw the most jihadi plots on U.S. soil since September 11, 2011. This is despite two wars, in Iraq and Afghanistan, the expenditure of trillions of dollars, and the loss of thousands of lives among our servicemen and women.

The administration of President Obama now has an historic opportunity to declare to the world that we are at war and our enemies must be crushed.

The time for political correctness is behind us.

The idea that federal agencies, armed services, and law enforcement are not allowed to discuss the religious motivation and ideology of our enemies, and that words such as jihad have to be censored out of our lexicon of counter-terrorism and military training has to end.

If this administration persists in ignoring the reality that jihadi terrorism is a global phenomenon that has reached our shores and continues to focus instead on concepts such as “lone wolf,”  “hate crime,” and “the proliferation of weapons in private hands,” we will continue to see Americans die on U.S. soil.

As I highlight in my book "Defeating Jihad: The Winnable War" -- which presents a potential strategy for the next commander-in-chief -- there is a way to win this war. The strategy has three parts:

1. We have to get politics, and particularly political correctness, out of the threat assessment. We have to talk truthfully about our enemy, exactly the same way we did during World War II, when facing the Nazis, and during the Cold War, when President Reagan rightfully called the Soviet Union an “evil empire.”

2. We have to empower our Muslim allies in the Middle East who are most at threat from groups such as ISIS, and which, in the final analysis, have to be the face of a victory against Islamist extremism and terrorism. This includes the Jordanians and especially the government of President Fatah al-Sisi, a brave Muslim who has been rejected by this administration.

Our Sunni allies have to be the face of this war but they will not close with and destroy this enemy unless we assist them, which means redeploying our troops as advisors to the region.

3. Finally, this war will not be won by killing jihadis in large numbers. The use of force is only a part of the solution. Ultimately we will win when the ideology of global jihadism is no longer attractive to young men and women from Orlando to Brussels, from Paris to San Bernardino. That can only be done through a strategic-level counter-propaganda campaign driven by the White House, in exactly the same way that we did during the Cold War.

If these three elements of the strategy are followed, we could destroy the menace of global jihad.  If it is not taken seriously by the current president or the next administration, Americans will continue to be targeted on American soil.

Sebastian Gorka, Ph.D, serves as a strategist and Deputy Assistant to the president of the United States.