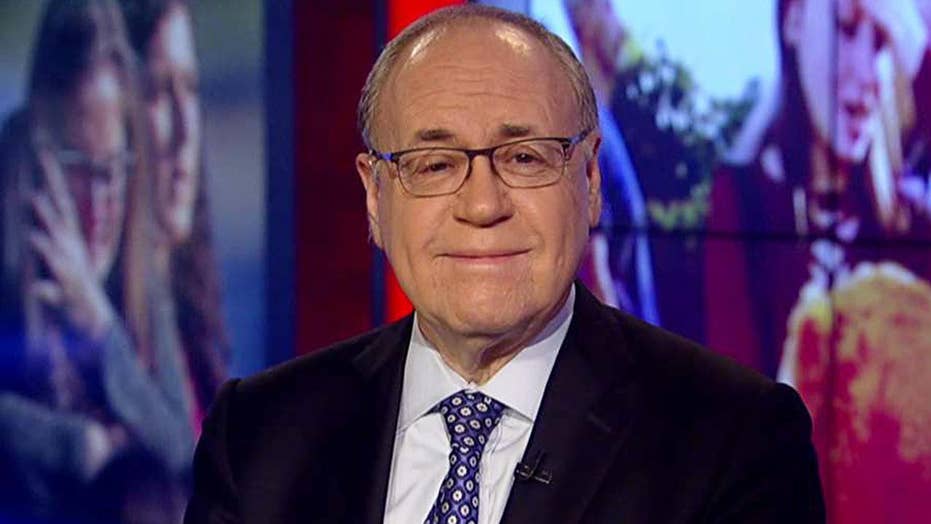 Dr. Marc Siegel on the effects from a bullet of an AR-15

Fox News contributor analyzes the injuries out of the Florida school shooting.

Looking at news reports about the horrific shooting that killed 17 students and teachers and wounded 16 others at a high school in Parkland, Florida, I’m reminded of my work as a physician in a top trauma emergency room with dedicated professionals who devote their lives to saving the lives of others.

I know that no one is more important than the emergency medical technicians and paramedics who assess and stabilize patients in the field. They are our lifeline, our tentacles, in the struggle to save lives. These men and women deliver precious patients to the doors of the hospital, where doctors and nurses can take over.

Thankfully, our ability to turn back death has been enhanced over the years not just by our highly skilled brethren in the field, but by the advancing technology that accompanies them and that we use in emergency rooms as well.

Unfortunately, sometimes all the skill and technology in the world is not enough. The high- velocity bullets of powerful guns do too much damage. We are filled with great sadness for those who we can’t save, like the 17 victims murdered Wednesday at Marjory Stoneman Douglas High School in Florida. Among the dead was a heroic coach who lost his life saving others.

Fifteen of the murder victims died at or just outside the Florida high school, killed by a gunman armed with a high-powered semi-automatic rifle. Another two made it to the hospital but then died there.

Fortunately, the other 16 people wounded in a hail of bullets at the school remain alive. They were saved by teamwork. First responders brought them to hospitals, medical professionals treated them there, and medical technology that was the stuff of science fiction not too long ago played a critical role in saving their lives.

This developing technology, used by emergency responders in the field as well as medical professionals in hospitals, has been instrumental in saving lives in other nightmarish mass killings – whether caused by gunmen, bombers or knife-wielding attackers. The technology has also saved the lives of people hurt in natural disasters and stricken with heart attacks, strokes and other health emergencies.

While medical professionals sadly can’t save all victims hurt in mass attacks, we can save many.

At the shooting on the Las Vegas strip last October, for example, 58 people were killed but an estimated 851 others were injured and survived – including more than 500 who were hurt seriously enough to be hospitalized. Had the shooting taken place 20 or 30 years ago, many more of the injured would likely have lost their lives.

Our war fighters in the U.S. military have benefitted greatly from advances in medical care and medical technology as well.

According to the Defense Department, 30 percent of soldiers wounded in World War II died of their wounds. The figure fell to 24 percent in the Vietnam War and 10 percent in the early years of the U.S. military operations in Afghanistan and Iraq. This is a remarkable testament to medical advances.

Not only that, but civilian physicians, nurses and emergency responders learn directly from new techniques that save lives on the battlefield. The emergency responses saving lives on today’s streets and the advanced trauma skills – including methods to repair wounds and organs and stop bleeding – are mostly based on techniques developed in treating the wounded in wars.

We haven’t reached the age of Star Trek’s tricorder yet, where we can wave an electronic magic wand over a patient to assess the amount of damage to his or her internal organs. But we have at least advanced greatly from the days of enormous delays and guesswork in the field.

Ten years ago I was asked to consult on the terrible case of a hiker who died of heat stroke because it took an ambulance 45 minutes to get to the trail. I don’t think that would ever happen now in the day of the ever-present smartphone.

In a mass casualty event, the key to saving lives is still triage – knowing which patients need to receive emergency treatment and get to the hospital the fastest.

Nowadays emergency medical technicians are equipped with smaller and less cumbersome defibrillators to shock and stabilize patients with heart problems, record electrical activity in the heart, and measure blood pressure. All of this is soon to be wireless – an advance that will enable emergency responders to beam information on a person’s vital signs data right to the hospital.

It’s also now possible to perform emergency blood tests in the field, including hemoglobin to check for bleeding and lactate levels for possible hemorrhagic shock from blood loss. Emergency responders can check oxygen levels and pulse rate with a device that clamps to the fingertip.

And in operating room, advances in surgical techniques and medical devices mean that many people with grievous wounds and injuries who would have died years ago now go on to live long lives, though some suffer permanent injuries and disabilities.

But even with amazing new medical technology, good old-fashioned emergency response skills – including the use of intravenous infusions to help stabilize vital signs with ongoing bleeding, rapid transport and the skills of experienced health-care professionals – are extremely important. At a press conference, trauma surgeon Dr. Ivan Puente praised emergency responders in Parkland, Florida for their outstanding rapid response to the high school shooting there.

It’s very sad to say, but the more school shootings there are, the more fitted response technologies emerge and the more dress rehearsals and protocols work when the terrible time comes to act them out in real time.

High-velocity bullets wreak havoc inside the body, tearing organs, pulverizing bones, splintering into fragments, creating a path of destruction that tears more blood vessels. Emergency responders try to pour in fluid faster than the blood is seeping out, but it is far from easy.

And while we all wish the Parkland mass shooting will be the last we ever see at a school, the sad truth is that we can expect more.

We continue to rely on law enforcement officers, firefighters, members of the military, emergency medical technicians and other heroes who give so much of themselves to come to the rescue when tragedy strikes. Doctors, nurses and other medical professionals then go into life-saving mode, working tirelessly and aided by the latest technology.

The great challenge facing America today, of course, is not just how to treat casualties of mass attacks, but how to prevent the attacks in the first place. Unfortunately, the most sophisticated medical devices and the most brilliant doctors can’t do that. And no medical advance will ever be able heal the unimaginable pain of a parent forced to bury a murdered child.