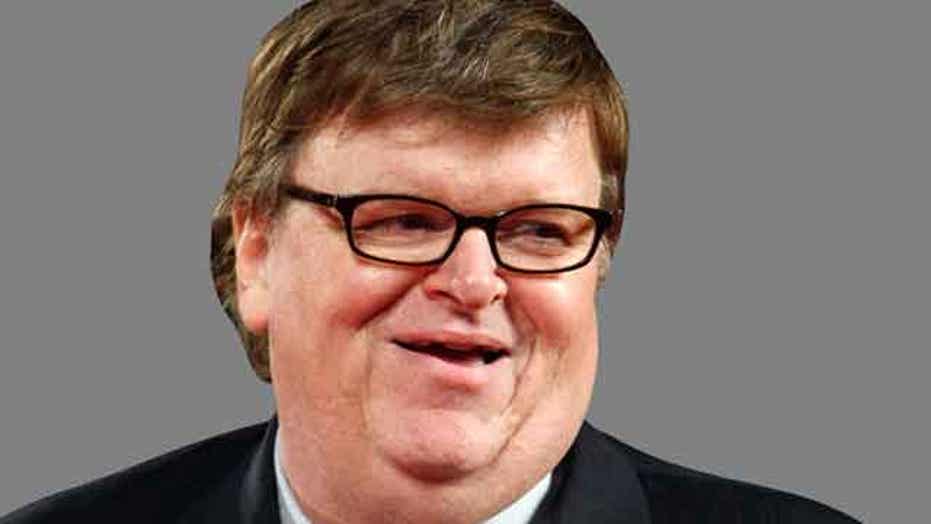 Documentary filmmaker Michael Moore wants photographs of the children slaughtered in Newtown, Conn., at the Sandy Hook Elementary School to be released for public consumption.

His rationale is Americans will be so horrified by the carnage inflicted by Adam Lanza that they will demand gun control and effectively silence the NRA.

From a psychological perspective, Moore is arguing we traumatize Americans with grotesque images to such an extent that any rational argument about what caused the Sandy Hook tragedy ends, and people follow along with his absurd notion that guns and ammunition were what resulted in children dying there, rather than the obvious fact that our failed mental health care system is to blame.

To review the actual facts, Adam Lanza was a mentally ill man who lived in the windowless basement of his mother’s home.  Inexplicably, she not only failed to secure her legally obtained firearms, but taught him to be a marksman.

Yet, this one-in-a-million scenario, which depended far more on Lanza never getting all the help he needed and being locked in a complex, unhealthy relationship with his mother (whom he shot to death), is heralded as a reason by Moore to violate the U.S. Constitution and take people’s right to bear arms away from them.

Moore apparently doesn’t care that showing photographs of dead, murdered children to the public would expose millions of children to those images, and might inflict the kind of psychological trauma upon them that contributes to making them shut down, lose empathy and become capable of violent acts themselves.

Moore apparently doesn’t understand that using dead children as a prop to make political points and elevate his political position is a failure of empathy and act of brazen narcissism.

Because the political underpinnings of what really happened to make this country defend human rights and free people from tyranny would be just as irrelevant to him as the underpinnings of what really happened in Newtown, where our shattered, shoddy mental health care system was again on display—as it was in Aurora, Colo., where James Holmes, who was also mentally ill, killed 12 people; and as it was near Tucson, Ariz., where Jared Lee Loughner, who was mentally ill, shot 19 people, killing six and severely wounding Rep. Gabby Giffords.

Here’s a psychiatrist’s advice for Moore:  Heart disease kills almost 600,000 people per year in the United States.  There are about 30,000 deaths from handguns.  Most of those are suicides due to depression.

So, I suggest that, rather than releasing the pictures of slaughtered children, which will traumatize tens of millions of American children, he should release a naked photograph of himself.

Because, by his rationale (which I do not share), a full view of his obese torso could motivate people to stop drugging themselves with copious amounts of food and might put an end to a fair amount of heart disease.