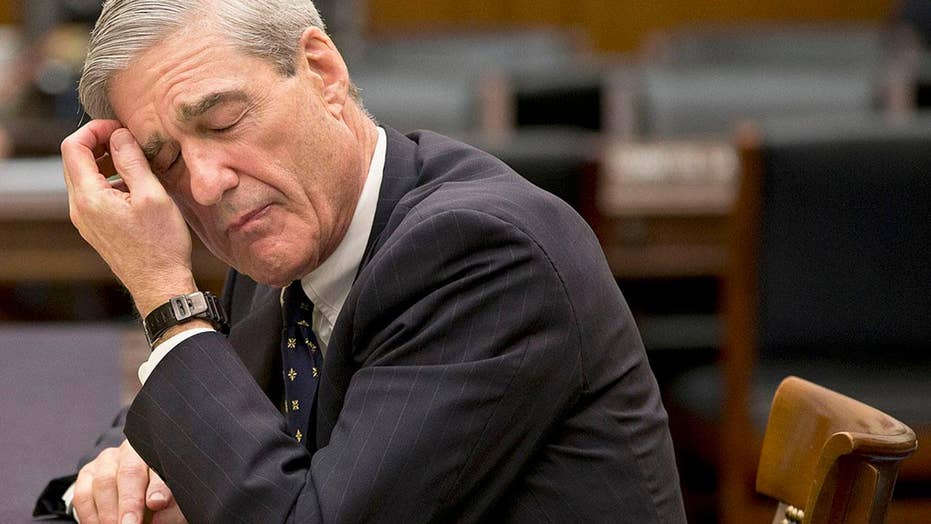 President Trump’s recent comments about Special Counsel Robert Mueller’s investigation into possible collusion between the Trump presidential campaign and the Russian government have taken on a notably more aggressive tone. This indicates a shift in the Trump administration’s strategy for handling Mueller’s probe.

As of now, there is no evidence that President Trump plans to fire Mueller. Whether this decision is his alone or is solely a result of the stern direction of his advisers, it is definitely the wise choice. Firing Mueller would be politically risky and could potentially ignite a constitutional crisis.

However, there are other potential moves related to Mueller’s investigation that President Trump could make that could create a constitutional crisis as well, most of which are far more likely than the president firing Mueller.

For one, President Trump could pardon Michael Flynn, his former national security adviser. Flynn recently pleaded guilty to making false statements to the FBI regarding his meeting with Sergey Kislyak, who was at the time Russia’s ambassador to the U.S.

During the summer, in the weeks leading up to the president pardoning beleaguered former Sheriff Joe Arpaio of Arizona for Arpaio’s conviction of criminal contempt of court, President Trump hinted that Flynn may receive the same relief if he were to be indicted.

“We’ll see,” President Trump responded in the summer when asked whether he would pardon Flynn.

And last Friday the president again refused to say if he would consider pardoning Flynn.

“I don’t want to talk about pardons for Michael Flynn yet. We’ll see what happens,” President Trump told reporters Friday. “Let’s see, I can say this: When you look at what’s gone on with the FBI and the Justice Department, people are very, very angry.”

However, White House lawyer Ty Cobb said later in an email to The Hill newspaper: “No – there is no consideration at the White House of pardoning Michael Flynn.”

If President Trump were to pardon Flynn the political fallout would be substantial. Such a pardon would give both the special counsel’s office and the American public more of a reason to believe that there was collusion.

Another potential pardon that President Trump could grant would be to Jared Kushner, his senior adviser and son-in-law.

Though no official charges have been brought against Kushner, he is now a focal point of Mueller’s investigation and he clearly knows it. This past week, Kushner’s lawyer, Abbe Lowell, solicited the services of at least two crisis-management public relations firms.

It is evident that Kushner is in the crosshairs, and an indictment within the next couple of months is possible. Kushner worked closely with Flynn in setting up meetings with the Russians and facilitating foreign outreach, much of which was not initially reported on his financial disclosure forms, signaling that he may have something to hide.

This all comes on the heels of revelations about members of Mueller’s investigative team. Over 300 text messages between Peter Strzok, the top FBI agent on Robert Mueller’s team, and Lisa Page, an FBI lawyer also on Mueller’s team, were recently released. The text messages involve the two speaking negatively about Donald Trump and reveal their clear favoritism towards Hillary Clinton.

It is clear that President Trump is gathering ammunition to prepare a counter narrative, and wants the ability to attack the integrity of the Mueller investigation. This breakdown in the confidence of the investigation is shaping up to be a profound moment, as there is a clear complicity with Hillary Clinton in the FBI.

President Trump is arguably correct to question the integrity of the FBI in relation to Clinton. The FBI has exhibited no investigative call-to-action over the fact that the Clinton campaign funded the so-called Steele dossier that was laden with inflammatory allegations against then- candidate Trump. The FBI has also paid little mind to the implications for Clinton of the sale of a U.S. uranium company, now called Uranium One, to a Russian company.

I fully agree that the FBI should be investigating all possible events of coordination and collusion by both campaigns, not just by the Trump campaign. This includes potentially criminal events tied to Democratic National Committee funding, the Steele Dossier, Uranium One and anything else where the American people are demanding answers.

The lack of FBI scrutiny of Hillary Clinton’s actions is allowing President Trump to construct a persuasive counter-narrative that paints the FBI as biased and untrustworthy. This could be used to defend against possible future accusations against the president or his campaign.

President Trump’s legal strategy so far has been to cooperate with Mueller’s probe. Clearly, as Mueller’s investigation intensifies, this may no longer be the case.

Given the allegations against Mueller by President Trump’s lawyer that Mueller inappropriately accessed documents from the transition – in conjunction with the argument by the lawyer for former campaign chairman Paul Manafort’s that the search was overbroad – the Trump team’s defense is clearly shifting strategy. It is now focused on discrediting Mueller’s investigation in any way possible.

It remains to be seen whether the Trump team’s new attacks against the FBI will produce the desired outcomes. However, it is clear that discrediting the Mueller team’s work as biased against the president and lacking investigative integrity is the most solid defense that the Trump team has.