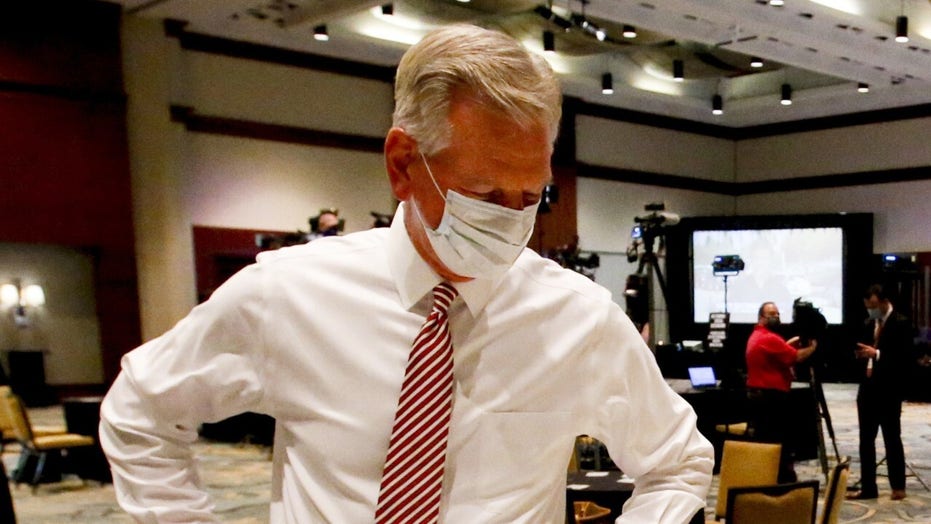 There are two key takeaways from the outcome of Tuesday’s primaries in Alabama, Maine and Texas.

First, the big winner of the night was President Trump. Several Trump-backed candidates defeated their opponents and unquestionably benefited significantly from the president’s support. The most notable of these was former Auburn University football coach Tommy Tuberville, who defeated former senator and attorney general Jeff Sessions for the GOP nomination for a U.S. Senate seat in Alabama. Tuberville will face Democratic Sen. Doug Jones, considered a highly vulnerable incumbent.

Second, Democratic primary results show the party is deeply divided, complicating the Democrats’ path to winning majority control of the Senate and defeating Trump in the November election.

Alabama was the biggest race Tuesday and of special interest to Trump. The president forced out Sessions as attorney general after Sessions recused himself from overseeing the investigation of Russia’s interference in the 2016 U.S. presidential election – a decision Sessions said he was required to make because he had been involved in the Trump campaign. Trump never forgave Sessions for the recusal and considered it a betrayal.

In his bid to regain the Senate seat he resigned to become Trump’s attorney general, Sessions faced fierce opposition from the president, who repeatedly criticized him with harsh insults and actively supported Tuberville. Trump’s endorsement clearly carried more weight with voters than Sessions’ endorsements from prominent Republicans and his former Republican Senate colleagues, including Sen. Richard Shelby, R-Ala.

Meanwhile, in Texas former White House physician Dr. Ronny Jackson, who was endorsed by Trump, won his primary for a U.S. House seat, beating out Josh Winegarner. Winegarner was endorsed by the outgoing Republican Rep. Mac Thornberry, who did not seek reelection.

In many ways, the weight of Trump’s endorsements in Alabama and Texas signals that the president’s current chances for reelection may be stronger than national polls indicate.

On the Democratic side, Tuesday’s primaries represented another test for the national party, which is struggling to mobilize its base while finding a way to unite progressives and moderates around a message that unites— rather than further polarizes — a divided country.

Likewise, the division between the progressive and moderate factions of the party was manifest in Tuesday’s primaries.

Hegar’s narrow win will make it more difficult to unite the Democratic Party in the race against Republican Sen. John Cornyn in November.

Similarly, this was the case in Kentucky’s Democratic primary for the Senate held in June. Establishment-backed candidate, Amy McGrath, barely beat the progressive insurgent candidate, Charles Booker, who had less than half of the financial resources of McGrath.

Given the clear progressive insurgency within the Democratic Party across the country, there will also likely be greater pressure on the party to embrace left-leaning policies, such as defunding the police, which are unpopular with the general electorate. Doing so could cost the Democrats the presidency, the Senate, and even their current House majority.

In Maine, Sara Gideon scored a big win over two opponents in the Democratic primary for U.S. Senate. Her victory reveals a potential bright spot for the Democratic Party in the quest to win back a Senate majority.

Given that Gideon will likely win over two-thirds of the Democratic primary vote and has amassed a campaign war chest of over $20 million, she has a strong chance of defeating Republican Sen. Susan Collins, who is running for her fifth term.

Further, Gideon currently maintains a narrow general election polling lead over Collins, which she is now likely to keep, given her primary success and impressive fundraising infrastructure. Gideon raised over $9 million in the second quarter — a greater sum than the Democrats who ran against Collins in 2008 and 2014 raised in their entire campaigns combined, according to Federal Election Commission records.

However, while there have been select Democratic primaries in which voters have coalesced around moderate, center-left candidates, overall primary results thus far reveal the ascendancy of the progressive movement within the party.

Ultimately, this will pose challenges for Democrats in November. This is especially true given the success of Trump’s endorsements, which also potentially signal that the presidential race is much closer than it appears to be, despite the fact that Trump had a horrible month in June politically.

Indeed, the Democratic Party can only be successful in November by uniting progressives and moderates around an inclusive agenda that appeals to independents and even moderate Republicans. However, Tuesday’s primary results reveal that the party’s ability to do so before November is far from certain.