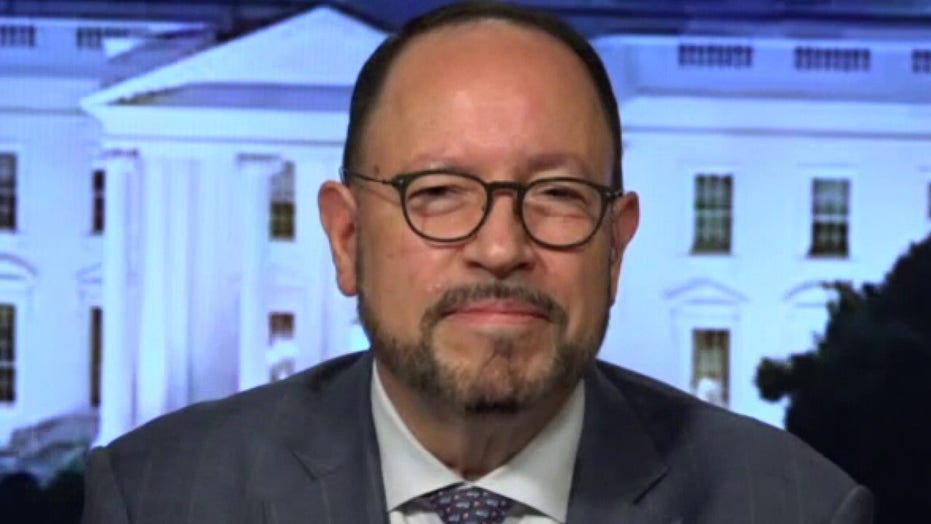 The backlash has begun.

Repudiation of the cancel culture, the looting of neighborhoods, the defaming of our nation’s history, the destruction of public monuments, attacks on the police, and – yes – the non-stop dishonesty of the liberal media and vilification of President Trump, is cropping up in ways big and small, and it will grow.

Americans are fed up and they are angry. Increasingly, they will push back; polling shows Democrat candidate Joe Biden’s lead over Trump is shrinking as a result.

Goya Food’s CEO Robert Unanue pushed back recently when he was attacked for praising President Trump. Unlike countless corporate types who have caved to the pressures of the moment, Unanue told Fox and Friends “I’m not apologizing” for complimenting Trump, whom he called an “incredible builder.”

Unanue noted that he had met with the Obama White House in the past, and thought it reasonable to work with this president, too.

“It’s suppression of speech,” Unanue said about the tsunami of criticism hurled at him.

Rep. Alexandria Ocasio-Cortez, D-N.Y., slammed Unanue on Twitter, even though Goya has donated thousands of pounds of food to needy New York families hurt by COVID-19 and employs roughly 4,000 people in the area, begging the question – what has AOC done for her constituents lately?

In the wake of his remarks, liberals set #BoycottGoya trending, but Trump supporters answered with #BuyGoya, inspiring many to place orders for delivery to local food banks.

Another recent story is promising, too. Christian Cooper has said he won’t help the Manhattan DA prosecute the so-called “Karen” who falsely accused him of threatening her life.

The African American bird-watcher decided that Amy Cooper, who was crucified on social media and fired from her job for making an inappropriate 911 call, had suffered enough, and that “bringing her more misery” constituted “piling on.” Sounds like Cooper thinks the “cancel culture” has gone too far; he’s right.

A letter written by 153 prominent intellectuals and published by Harper’s Magazine denouncing today’s “intolerant climate” and the ”vogue for public shaming and ostracism” was another welcome sign of a growing backlash.

Most persuasive, though, is a new Monmouth poll showing that a great number of Americans, though supportive of police reform and conscious of our racial divide, have declining sympathy with the Black Lives Matter movement and the notion that racial prejudice is a major problem for the United States.

Immediately after the death of George Floyd, 54 percent of Republicans and right-leaning Independents, for instance, agreed that racial discrimination is a “big” problem for the U.S.; weeks later, in the wake of the riots, only 40 percent felt discrimination was a big problem.

Some 40 percent of Republicans in early June thought the “underlying anger of the protesters” was fully justified after the killing of Floyd; later in the month, only 18 percent thought so.

Protesters around the country are demanding that communities “defund the police” even as shootings of children pile up in New York, Chicago, Atlanta and other liberal cities.

Americans are losing patience, for good reason. It is crazy that people are losing their jobs and reputations for comments or opinions expressed, in some cases, decades ago. People like Boeing’s communications chief, who was forced to resign because of an article he wrote criticizing women in combat in 1987 – more than 30 years ago – when he was a Navy fighter pilot.

Those gatherings could be dangerous to public health too, but De Blasio says protesters’ “calls for social justice” were “too important to stop.”

Some things would be laughable, except they speak to a suffocating suppression of dissent. Scrabble eliminating 226 “offensive” words from its lexicon, “To Kill a Mockingbird” and “Huckleberry Finn” banned from schools, sports teams scrambling to change their “insensitive” names, Princeton scrubbing its campus of President Woodrow Wilson, Ford employees demanding the carmaker quit making police cars, and on and on.

What is not laughable is that protesters around the country are demanding that communities “defund the police” even as shootings of children pile up in New York, Chicago, Atlanta and other liberal cities.

Numerous Democrats running for office in states that voted for President Trump in 2016, like Senate candidates Gary Peters in Michigan and Mark Kelly in Arizona, are backing away from that campaign. 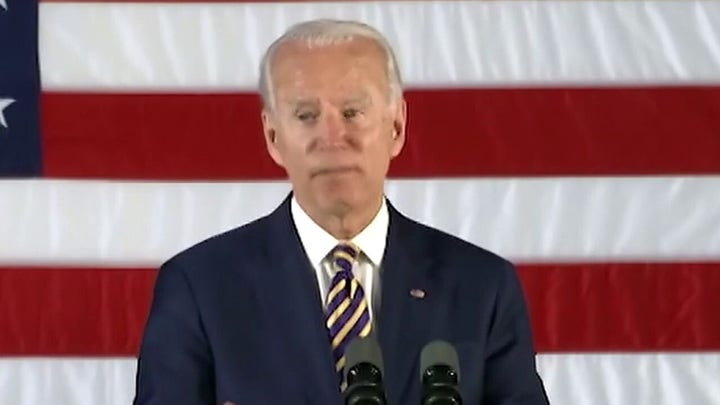 They know this is a dangerous and unpopular issue. A recent Pew research poll showed 42 percent of respondents thought local police funding should stay about the same while 31 percent thought budgets should actually be increased.

Not all Democrats have disavowed the #DefundthePolice movement. In an interview with the leftist site “Now This,” Joe Biden declared he would “absolutely” be on board with redirecting police budgets to fund other Democrat priorities.

Those words will come back to haunt him.

As will his proclamation that he wants to “transform the nation” and end the “era of shareholder capitalism.” These radical ideas will appeal to the far Left; they will not win over most Americans and they will reveal Biden’s supposedly “moderate” candidacy to be a lie.

Joe Biden is running ahead of President Trump today, but two recent polls – from Reuters/Ipsos and Hill-Harris – show the gap narrowing over the last four weeks as a backlash grows against the Leftist mob. Who is surprised? Americans mostly support their cops and want safe streets.

They are also proud of their country and disagree with Biden’s assertion that we are a “profoundly racist” nation. Americans recognize our country’s faults but also celebrate her virtues and her history.

As Biden caters to the most progressive wing of his party and repudiates America’s greatness, his lead will narrow further.