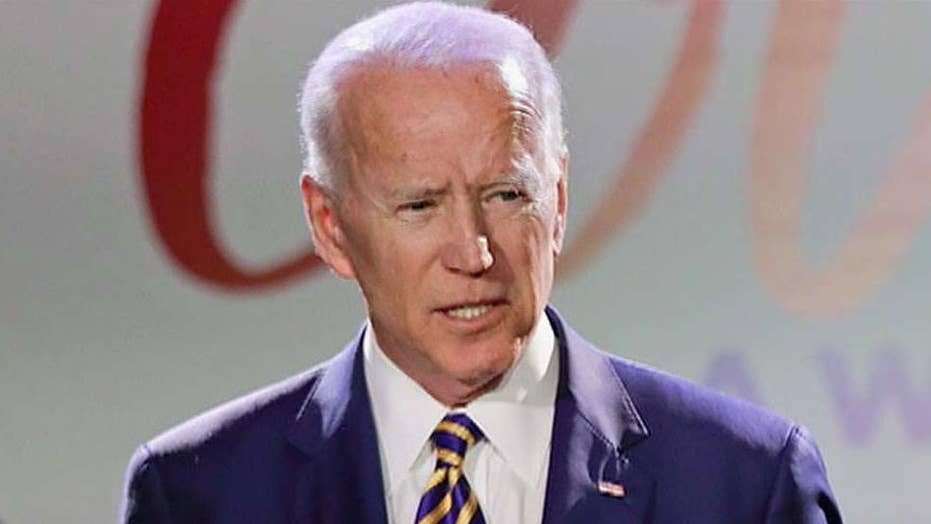 Frontrunner and former Vice President Joe Biden will be the center of attention Thursday at the Democratic National Committee’s presidential primary debate in Miami.

Of the 20 Democratic candidates seeking their party’s presidential nomination who will debate in two groups Wednesday and Thursday, Biden has the most to lose.

After a tumultuous few weeks on the campaign trail laden with several missteps, Biden is set to be heavily scrutinized in primetime by nine other Democratic candidates. All will be working to expose his flaws and cut into his polling lead, which right now is in double digits in nearly every national poll.

In recent weeks, a number of Biden’s competitors for the presidential nomination have ramped up their attacks on the former vice president. Though Biden will only debate nine out of the nearly two-dozen other candidates in the race, it is clear that his lengthy track record in American politics will be on full display.

Almost all eyes will be on Biden, who is running his third presidential campaign.

Indeed, Biden stands out as one of the more moderate candidates in an overwhelmingly progressive Democratic field. He has the challenge of appealing to an increasingly liberal electorate, many of whose members criticize him for his middle-of-the-road stance on issues.

In order for Biden to come away from Thursday’s debate maintaining his substantial lead over his Democratic rivals, he must focus on doing three things.

First and foremost, it is imperative that Biden remains focused on the issues that matter most to voters. Health care, immigration and economic growth are – and will continue to be – the driving force for both the Democratic and general electorate.

Facing intense scrutiny from an increasingly leftist Democratic Party, Biden must make his case for why he will be the most effective commander in chief, and why he will be able to create real, lasting and impactful change.

To be sure, when the first votes are cast in nine months, voters will choose someone who they believe will ensure that their families will be able to afford quality health care, enable them to get jobs that pay well, and efficiently handle the current situation at the border after poor management by multiple presidential administrations.

Facing intense scrutiny from an increasingly leftist Democratic Party, Biden must make his case for why he will be the most effective commander in chief, and why he will be able to create real, lasting and impactful change.

Second, Biden must commit to fostering an inclusive and unifying message of civility – not just within the Democratic Party, but for all Americans who are tired of the painfully polarized politics that have become the norm in our nation.

Further, with each candidate only afforded six or seven minutes of speaking time, Biden cannot allow himself to become disoriented by divisive attacks that are sure to be thrown his way, given the amount of scrutiny he has faced in the weeks leading up to the debate.

Just last week, Sen. Cory Booker, D-N.J., called for Biden to apologize to the American people after Biden talked about being able to work with segregationist senators many years ago. Ultimately, Biden’s unartful comments exposed the deep racial, social, and cultural tensions between the progressive and moderate factions within the Democratic Party.

Booker said that Biden "said things that are hurtful and harmful, and I believe he should be apologizing to the American people."

The point Biden was trying to make about compromise was an important one. The former vice president would be wise to rise above the hostile comments about his record and instead speak to his larger point of how he can unite the country so that the Democratic Party is able to defeat President Trump in 2020.

Lastly and critically, Biden will need to focus on having a smooth dialogue without committing gaffes that have historically hurt his campaigns, dating as far back as the 1980s. Many of Biden’s past efforts on the campaign trail have been poorly construed at best and have critically damaged his campaigns at worst.

Undeniably, the Democratic National Committee debates this week will bring months of campaigning to a head and will either solidify or shake up the cohort of top-tier Democratic candidates.

In almost all national polls, the five candidates who have managed to break away from the crowded field and distinguish themselves are: Biden; Sens. Bernie Sanders, I-Vt.; Elizabeth Warren, D-Mass.; Kamala Harris, D-Calif.; and South Bend, Ind., Mayor Pete Buttigieg.

While any one of these candidates — and for that matter, any of the other 15 candidates debating — will have the potential to make or break his or her campaign, almost all eyes will be on Biden.

If Biden is able to effectively communicate solutions to the issues the American people care about, ensure a theme of unity, and not succumb to yet another misstep, he can come away from the debate with his lead still intact.