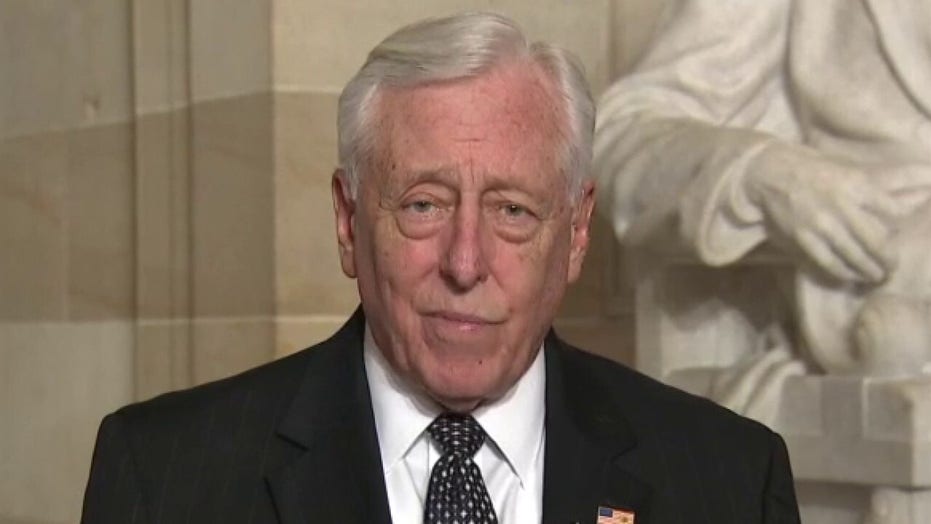 Rep. Hoyer: This is the first impeachment in history without witnesses

The impeachment trial of President Trump will soon be history, and the outcome will go down as a sad day for our democracy.

Although the evidence of President Trump’s unlawful and impeachable acts is overwhelming and growing, the Republican-controlled Senate is certain to fall short Wednesday of the two-thirds vote needed to convict him on two articles of impeachment adopted by the House.

Saying that something will “soon be history” can have a dismissive ring to it. To some people, it just means that it’s done, over, finished, forgotten. But history is never done, nor over, nor finished. And what has taken place over these past few weeks will never be forgotten.

HOYER ON IMPEACHMENT TRIAL: 'I DON'T UNDERSTAND HOW ANY AMERICAN BELIEVES THE SENATE IS DOING THE RIGHT THING'

The decision by Senate Republicans to shut down the impeachment trial of President Trump took place despite his obvious guilt on both articles of impeachment.

Just a few hours after the trial record was effectively sealed by the Senate, the Justice Department made a midnight court filing that revealed the existence of dozens of emails that the White House is hiding from congressional oversight.

The emails reportedly reveal President Trump’s thinking during the time he was illegally withholding nearly $400 million in aid desperately needed by Ukraine to defend itself against invading Russian military forces.

But in voting to bar new witnesses and evidence from being introduced at the Trump impeachment trial, Senate Republicans closed their eyes – they said they would prefer not to see any of it. And they don’t want us seeing it either. Why? It’s going to come out one day.

The Senate didn’t hold a valid trial because – for the first time in our history – it did not call witnesses in a presidential impeachment trial. That’s why so many Americans believe that the Senate oversaw a cover-up.

The proceedings – you can’t really call this a real trial – were halted without speaking to a single witness, despite the fact that there are vital witnesses willing to testify. No new evidence was allowed in, despite new revelations being made on an almost daily basis.

And worse, the decision to stop the impeachment trial took place not just despite the witnesses and the evidence – it took place specifically in order to quash those witnesses and evidence. A trial is supposed to seek the truth, but the GOP Senate used this trial to bury the truth.

The vote to exclude witnesses was a vote to stop the facts from becoming known – even to those Senate jurors who were supposed to be examining the facts. The vote was the very definition of willful ignorance.

Worst of all, it was a vote to impose that ignorance of the facts onto the American people.

House Democrats did the right thing in impeaching Trump. Impeachment was necessary, even if removal was always unlikely. As House Speaker Nancy Pelosi, D-Calif., said: “We have pulled back a veil of behavior totally unacceptable to our founders, and that the public will see this with a clearer eye.”

And in forcing Senate Republicans to show their hand, a veil has also been pulled back to reveal the behavior of President Trump’s congressional enablers – behavior that would be equally as unacceptable to our founders and to the public.

The politically driven acquittal sets a horrible precedent and it weakens the rule of law.

The action of Senate Republicans in shutting down the impeachment trial is a slap in the face to all Americans, even those who support President Trump. If Republican senators truly believe in his innocence, why not find out what happened by looking at evidence and witness testimony?

But given the historic nature of these events, this politically driven rush to acquittal is also an affront to every generation of Americans, from the nation’s founders through those future generations who will learn about these actions in their history lessons.

The impeachment trial of President Trump is headed for the history books. And history will remember the evidence that continues to drip out and the witnesses who were not called to tell us what they know.