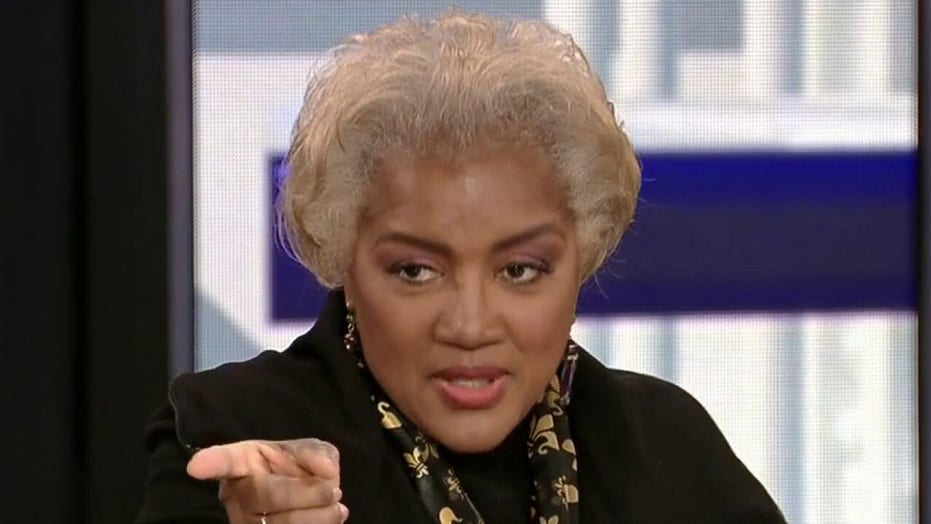 I don’t wish hell on anybody. Right now, I’m doing my darnedest to avoid it for all of us. But I recently garnered media attention for saying during an appearance on Fox News Channel that Republican National Committee Chairwoman Ronna McDaniel could “go to hell.”

No, that’s not how my mother raised me, but I was deeply angered by a national leader knowingly spreading erroneous information on the day of the Super Tuesday primaries.

When I made the travel suggestion to McDaniel, I had just seen a clip of her saying that Democrats faced a “brokered convention, which will be rigged against Bernie [Sanders] if those super delegates have their way on that second vote.”

I said during my appearance that I was objecting to McDaniel “using Russian talking points to sow division among Americans” by falsely accusing the Democratic Party of rigging the presidential nominating process against Sen. Sanders.

I have absolutely no regrets about the point I was making regarding McDaniel’s claims. I do regret that my strong language – rather than the important point I was trying to make – became the focus of media attention.

And I regret that some felt I was attacking the chairwoman personally. I wasn’t.

But when Republicans falsely accuse us of rigging our nominating process against our fellow Democrats, they’ve crossed a line. And it’s a line that’s been drawn for them by Russian President Vladimir Putin.

In case there’s anyone out there who’s been living under a rock or on a steady diet of President Trump’s tweets, the notion that foreign powers are stirring up divisiveness in this country didn’t spring from my own fevered brow. It’s not a Democratic hoax.

The statement by these federal agencies, which are part of the executive branch that is headed by President Trump and which are led by Trump appointees, said in part: “Americans must also remain aware that foreign actors continue to try to influence public sentiment and shape voter perceptions. They spread false information and propaganda about political processes and candidates on social media in hopes to cause confusion and create doubt in our system.”

Unfortunately, that false information and propaganda from our foreign adversaries is being repeated and amplified at the very highest levels of our own government.

McDaniel takes her cue from the president himself, who has repeatedly tweeted false information about rigged elections and phantom busloads of illegal voters. In the wake of Super Tuesday, Trump – who calls himself America’s “top law enforcement officer” – tweeted: “They are staging a coup against Bernie!”

But it's one thing to tar your opponents as out of touch, or wrong on this, or soft on that, or unfit to lead. It’s quite another to accuse the other major party of “rigging” the nominating process for its presidential candidate. False charges like this one are exactly what Putin and our other adversaries want to see.

As The Philadelphia Inquirer’s Trudy Rubin wrote after Super Tuesday: “Welcome to Campaign 2020, where Russia will be trying to sow confusion and conspiracy theories and Trump will be amplifying Russian disinformation – even as U.S. security agencies try to expose it. That puts a heavy burden on ordinary voters to sort out the real from the fake.”

One of the main ways the Russians want to do this is by inflaming the divisions between Americans in ways that go far beyond our normal partisan bickering. And to accomplish that, they’re relying on the witting or unwitting cooperation of Americans.

I believe that the Republicans’ process and standards of democracy don’t hold up to those that we Democrats embrace. Republicans have canceled presidential primaries this year to prevent voters from casting ballots for any challenger to President Trump. They have winner-take-all primaries to make it harder for insurgent candidates.

But despite this, I wouldn’t accuse Republicans of not believing in democracy. I would not say their nominating process is “rigged.” My message to Putin is that I refuse to do that, and if that makes him unhappy, too bad.

We Democrats have our internal fights – just as Republicans did four years ago before Donald Trump won that party’s presidential nomination in a crowded field.

Internal disputes within each party are a good thing, because they give all groups a chance to express their views and fight for their beliefs.

But in the end, people from all factions in the political parties usually come together and unite for the fall campaigns.

Democrats and Republicans may fight, but ultimately, we’re all Americans. And we can’t play along with foreign powers who want to weaken us by dividing us.

We fight to end those divisions in a way most advantageous to our respective sides. That’s why it’s a fight. But it’s a fight within our American family. Let’s agree to keep it in the family, and to remain a family.

My comments about Ronna McDaniel weren’t intended as a personal attack. I was attacking the unpatriotic talking points I hear from her and from so many on her side.

I don’t regret the deep passion I feel that led me to speak about against McDaniel’s comments. That’s the important story, and why I am writing this piece.

We must be able to disagree with each other and speak up for what is right, because if we don’t the world will get a lot more hellish for all of us.