The big night for Democrats seeking the presidency in 2020 is finally here. The biggest change, according to my sources inside the party, is that, unlike with Republicans in 2016, there’s no kiddie table. Both debates will take place in prime time.

Democrats are determined to handle this process significantly better than the Republicans did in 2016.

Every candidate will have the opportunity to introduce themselves to voters and get “that moment” to take off.

If the individuals within the large field of candidates (there are 20!) cannot find a path to increase their name identification and attract more supporters this week or in the second debate in July then they don’t deserve to be in the fall debates.

Americans will watch 20 diverse candidates from across every region of the country compete over two nights in a debate where they may be seen more than heard. 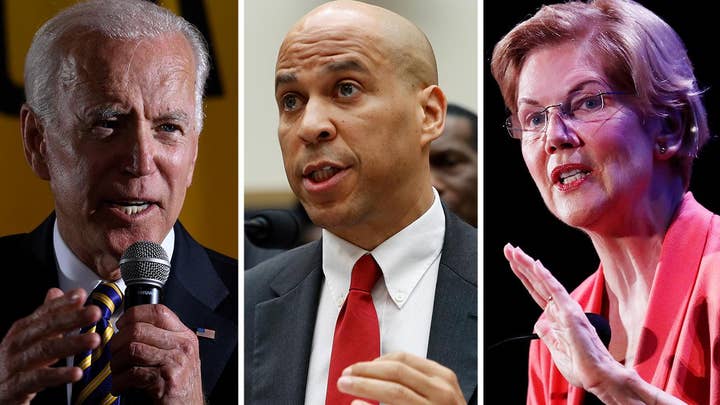 As much as any one person in America, the president runs the country. But they run it on our behalf.  If the leader of the United States is both the president and CEO of this country, then every voter sits on the board of directors. And this entire election process is one giant board meeting to pick the right CEO.

You always hear complaints of improper vetting by presidents and their administrations in selecting members of their cabinet or federal agencies. This is our turn. It’s where voters get to vet the vetter. We are vetting the person who will be doing the vetting -- or not doing it, as the case may be.

We’ve seen how bad it is when we have a bunch of “acting” secretaries in the cabinet or leading major federal agencies. This is where you get to make sure we don’t have an “acting” president.

The moment is now for those presidential hopefuls whose approval numbers are in the single digits to light a fuse and strike fire. And you can bet that there will be some fireworks waiting for those leading the pack.

Think of these debates like a job interview—with nine candidates for the job right there next to the person being interviewed, trying to undermine the interviews of all the others.

It makes me proud that democracy works this way. And relieved that most job searches don’t work this way.

It’s hard enough interviewing for a job without nine other people in the room talking about how unqualified you are. But, the moment is now for those presidential hopefuls whose approval numbers are in the single digits to light a fuse and strike fire. And you can bet that there will be some fireworks waiting for those leading the pack.

The upside to getting attacked by your opponents is that, the more the others go after you, the more it must seem like you’re the leading candidate. Not every job includes a side-by-side comparison that functions as a competition. This is like the NFL combine, and you’re going to be clocking their speed in 40.

Or maybe this is more like a Broadway casting call, except that there are a bunch of other people on the stage at the same time trying to make their song heard.

There are days that I like to think of the Democratic debates like that show “The Bachelor” or “The Bachelorette.” Except that this is a show that you should feel guilty for not watching.

The candidates have to give you a reason to choose them—and not just a long list of reasons not to choose the others.

They’re going to be talking about their qualifications, their plans, their vision, experience and their beliefs. Ideally, at least.

In reality, many of them will just be talking about the other candidates or the current incumbent president whom they hope to replace.

That’s where we the voters have to remember that it’s just a job interview. A big rule in regular job interviews is to avoid bad-mouthing former colleagues. Ideally, these candidates will refrain from bad-mouthing each other.

Just as with a real job interview, you don’t want to hire someone who seems to be fudging their qualifications, or just telling you what they think you want to hear. We want to hear how these candidates will help improve our lives, strengthen the economy for all and keep the nation safe and secure.

Some of the candidates on stage on Wednesday and Thursday night may seem to be long shots. But ultimately, you the voters, not party leaders, officials, political pundits or the media will decide just how long their shot is.

Finally, each candidate will only have a few precious minutes to make an impression. You want to judge them on how they use those minutes. If they become president, they may have even less time to deal with a situation that is much more pressing.

Democracy is a work in progress. It’s up to us to make sure the progress continues. Watch the debates and tell me what you think and whom you might be willing to hire.