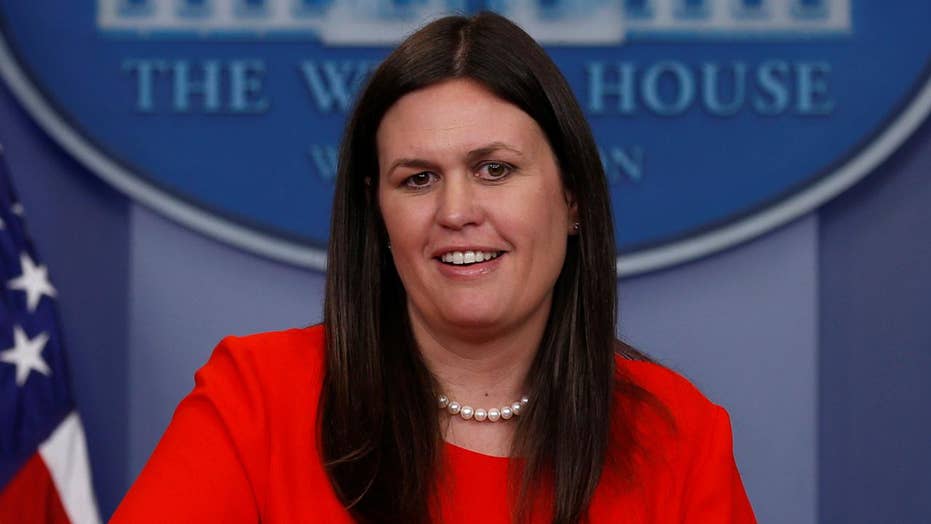 White House refers questions on Trump Jr. to his attorney

On Tuesday morning, Donald Trump, Jr., tweeted a statement with corresponding documentation of an email chain between him and publicist Rob Goldstone.

The email chain showed that in June 2016, Donald Trump, Jr., walked into a meeting – facilitated by Goldstone – with the understanding that he would potentially be given damaging information about Hillary Clinton through a source that had direct ties to Russian government officials as high up as “The Crown Prosecutor of Russia,” according to the emails.

Given that such a position does not exist in Russia, it is likely the email was referring to Russia’s Prosecutor General, Yury Chaika.

In preparation for this meeting, it was made clear in the email chain that the Russian government supported President Trump’s candidacy.

According to the email chain, the information was “obviously very high level and sensitive information but is part of Russia and its government’s support for Mr. Trump” and that the information would allegedly be “very useful” to Donald Trump, Jr.’s father.

As someone who has been a political operative, it is commonplace to get requests for meetings such as the one outlined in the emails released. But to involve campaign officials at the highest levels creates clear conflicts and is highly troubling.

Donald Trump, Jr., was enthusiastic about this meeting, which was with Russian lawyer Natalia Veselnitskaya, saying that if the information “is what you say I love it.”

In his statement Tuesday, Donald Trump, Jr., claimed to be posting the email correspondence in order to be “totally transparent.” Although his intentions are respectable, the results are not, and cannot, be what he may have hoped.

Despite his supposed transparency, there are wildly competing explanations regarding what exactly the truth is behind these emails, the meeting, and ultimately, the exchange of information.

Thus far, there has been no publicly recorded evidence of any collusion between the Russians and the Trump campaign. Even with the new revelations of Donald Trump, Jr.’s meeting with a lawyer allegedly close to the Kremlin, there is still is no definitive evidence of collusion – but it is getting a lot closer.

Why? This is the first reported contact between a high-level official in the Trump campaign and a Russian government official. In this particular case, campaign manager Paul Manafort and senior adviser Jared Kushner were involved in a meeting which explicitly covered issues relating to Hillary Clinton and the presidential campaign.

As someone who has been a political operative—as well as someone who has been put in the same position that Donald Trump, Jr., was put in many times—it is commonplace to get requests for meetings such as the one outlined in the emails released. But to involve campaign officials at the highest levels creates clear conflicts and is highly troubling.

Despite Donald Trump, Jr.’s efforts to be transparent, we still do not know Natalia Veselnitskaya’s full professional background, who she was representing, what sensitive information she in fact had, or whether in fact, and perhaps most importantly, Donald Trump, Jr., received any objective help as a result of the meeting.

These are just a few of the questions that remain unanswered in this controversy.

This is now the first indication – and it is only an indication – that there may have been some systematic effort by the Russians to not only meddle but to directly intrude and help President Donald Trump in the 2016 election.

Donald Trump, Jr.’s repeated explanations of what happened do not provide the necessary clarification needed about the full extent of this meeting.

Looking forward, it is imperative now that not only the relevant House and Senate committees complete full investigations into what exactly happened, but that Special Counselor Bob Mueller and his investigative team determine what transpired, what information may or not have been shared, and specifically between which parties.

Clearly, such clarity demands more than just a few email screenshots and rushed statements via Twitter. American voters deserve honesty from our leadership and to know the full truth about the Trump campaign’s associations with Russian nationals.