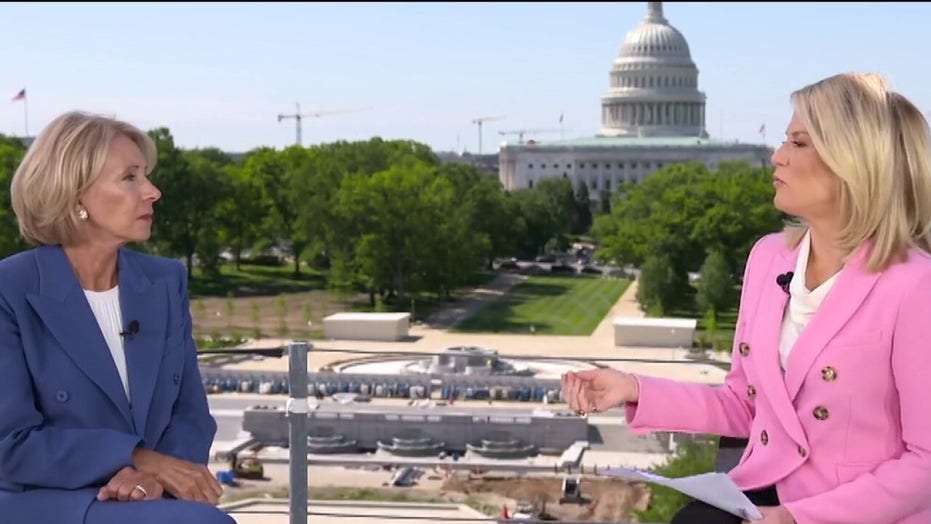 Betsy DeVos rejects Randi Weingarten's defense of the 1619 Project: 'It's not history'

'She skirted the issue,' former education secretary tells 'The Story'

The National Education Association, the nation’s largest teachers union, voted recently to support curriculum "informed by academic frameworks . . . including critical race theory." It also committed tens of thousands of dollars to not only promote this toxic ideology, but also to conduct opposition research against its critics.

This indoctrination — and the bullying used to protect it — are deeply un-American.

CALLISTA AND NEWT GINGRICH: FIGHTING CRITICAL RACE THEORY – HERE'S WHO'S LEADING THE CHARGE AND HOW YOU CAN HELP

Not that this stops union leaders from playing the victim. American Federation of Teachers boss Randi Weingarten told educators at her annual conference that parents are "bullying teachers" with their opposition to CRT. She also claims that the anti-CRT ferment is part of a political effort to influence an upcoming election (never mind that her outfit transferred more than $10 million to Democratic politicians in 2020 alone).

But most parents probably don’t want to fight with their local school boards. They are speaking out because they care about their kids, and they are tired of government-run, union-controlled schools imposing their theories of what’s best for them. 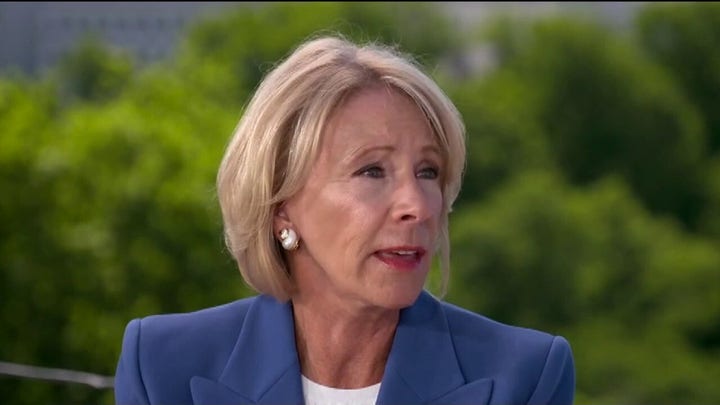 There’s good reason to oppose CRT and other racially charged ideas entering our schools. These concepts, which until recently had been confined to a far-left academic fringe, include objectively false and deliberately devious elements.

CRT isn’t a demonstrably better way to understand American race relations: It’s instead a Trojan horse used to introduce Marxist concepts into classrooms, framing some Americans and the country as a whole as irredeemably racist and others as permanent victims.

Likewise, the 1619 Project, part of a related wave of historical revisionism, has been repudiated by dozens of eminent historians, many of them liberals, not to mention a New York Times fact checker. We should expect more of work written by high-school students, let alone a curriculum taught to them.

Of course, America’s failures should be taught. Understanding America requires understanding the sins of our past, not least slavery. But it also requires appreciating the ways generations of Americans have worked together to form a more perfect union. It requires teaching the whole of our history, with an eye toward appreciating what’s good about America. A thoroughly self-loathing account of our history is poisonous. It’s also false. 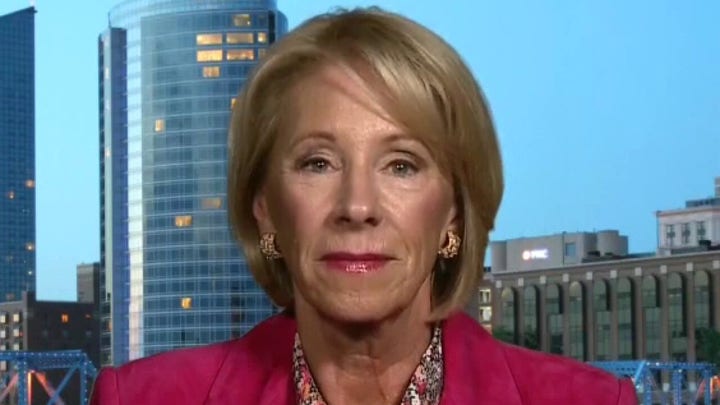 I suspect most history teachers agree with parents on these points. That’s what makes it all the more galling that union leaders care far more about the progressive political elite they curry favor with than they do about their rank-and-file members.

It’s why Americans should continue to declare independence from the monopoly of government-run, union-controlled schools.

Schools should exist to serve the needs of students and parents, not the other way around. When schools fail to meet that mandate, parents should have the power to take the tax dollars allocated for their child to different schools.

Choice not only gives parents control, but also forces the public-school monopoly to be more responsive to its customers: parents and taxpayers. Public-school leaders would probably be a lot less likely to jam political agendas down the throats of young students if they knew parents had agency to enroll their children elsewhere. (It’s why in New York, Democrats like Mayor Bill de Blasio are so determined to keep in place the charter cap in the face of overwhelming demand: They don’t want parents to vote with their feet.)

Fifteen states have passed new or expanded school-choice programs this year, and the unions’ behavior is a big reason why support for these programs is at an all-time high. Parents know what’s best for their kids, and they want the power to ensure their children are educated in ways that align with their values and expectations.

In many cases, parents — especially minority parents — just want their children to be educated, period. If they want to look for systemic racism in this country, the union activists need look no further than the government-assigned schools they so shrilly and stridently defend, where far too many black and Hispanic children fail to meet grade-level expectations and fall behind their white, affluent peers.

I’ve long advocated for education freedom, the idea that students should be free to learn wherever, whenever and however works best for them. That includes freedom from forced indoctrination. Our kids deserve to have their minds challenged and horizons expanded, not their perspectives narrowed by the political preferences of the adults who run their schools.