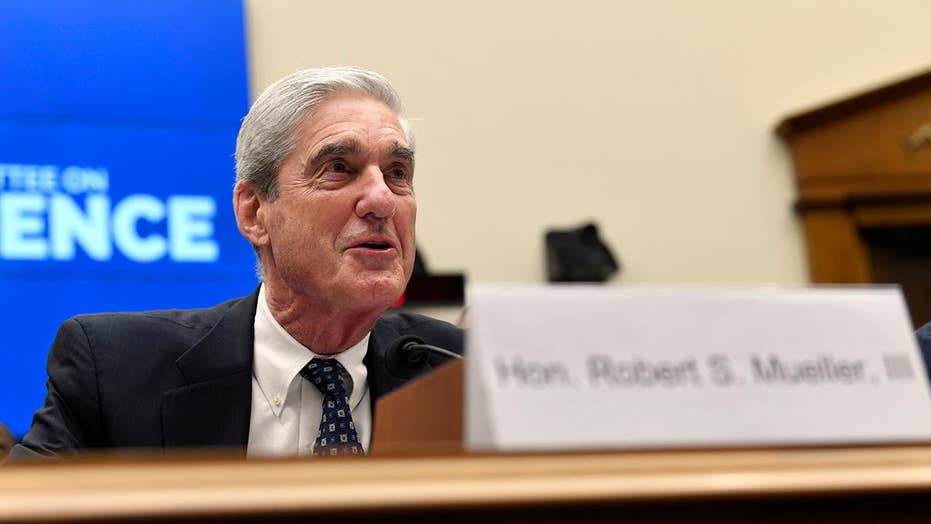 Will the DOJ charge Trump with obstruction of justice after he leaves office?

Neil Quinter, former chief counsel to Sen. Dianne Feinstein, says he does not believe there will be an 'appetite' to go after President Trump once he leaves office.

Notwithstanding the catastrophic congressional appearances by former Special Counsel Robert Mueller and House Speaker Nancy Pelosi's nervousness about impeachment, 118 die-hard Democrats (plus renegade former Republican Rep. Justin Amash of Michigan), are hell-bent on prying President Trump from the White House, long before Election Day 2020. But for what?

"Trump-Russia collusion” turned out to be a bad acid trip, although the attendant hallucinations still reverberate among fervent Democrats. As for obstruction of justice, there was none. Somebody should explain this to these Trump haters — perhaps with crayons and butcher paper.

In contrast, Russiagate involved no underlying crime. According to Mueller's report: "The Special Counsel confirmed that the Russian government sponsored efforts to illegally interfere with the 2016 presidential election but did not find that the Trump campaign or other Americans colluded in those schemes."

Trump, Flood added, "encouraged every White House staffer to cooperate fully with the SCO [Special Counsel’s Office] and, so far as we are aware, all have done so." Among many others, these "voluntary interviewees" included senior adviser Jared Kushner, senior policy adviser Stephen Miller, and former aides.