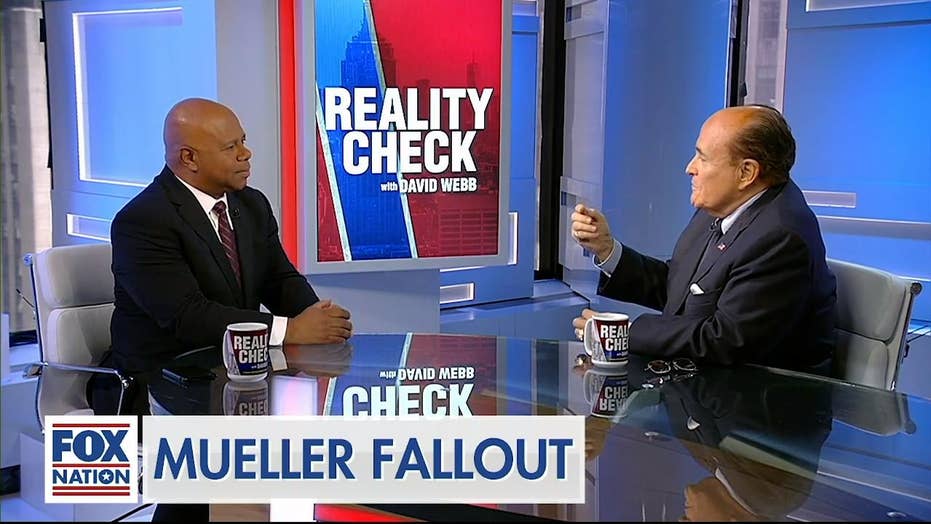 Giuliani, who is Trump's personal attorney, highlighted a specific aspect he took issue with from the 200-page plus report: the highly contentious issue of exoneration.

Mueller wrote in his report that he could not exonerate the president and doubled down on the issue during his testimony before Congress.

"I consider that one of the most dishonorable, one of the scummiest prosecutorial statements ever written," said Giuliani.

"I can't tell you the expression that came out of my mouth when I first saw his statement," the former mayor said, questioning Mueller's motive for mentioning exoneration in the first place.

According to the Department of Justice, exoneration is not generally granted, Webb explained -  even when one is deemed innocent.

"There seemed to be a different set of rules for President Trump," Webb argued.

Giuliani called Mueller's refusal to exonerate the president "absurd," and said it "turns our whole system of justice on its head going back 2,000 years."

The men also questioned how significant of a role Mueller played in the actual drafting of the report - calling him  "incapable" after he appeared confused and frazzled at points throughout his testimony.

Giuliani said it was clear that the investigation was conducted by Mueller's team, many of whom are Democrats.

"The inmates were running the asylum because this guy was incapable of running it," he said.

To see the full episode of "Reality Check" and more from David Webb, sign up for a Fox Nation free trial today. Fox Nation programs are viewable on-demand and from your mobile device app, but only for Fox Nation subscribers.