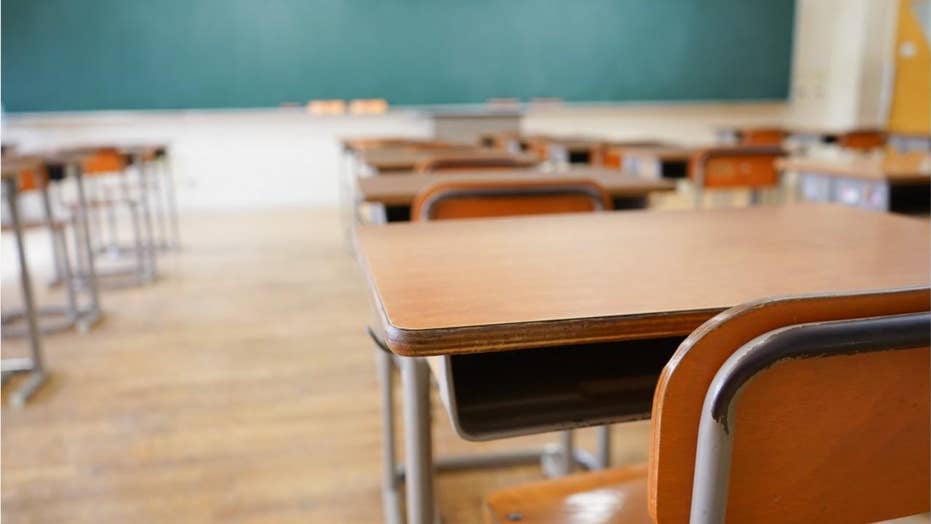 Courageous Conversations is a mandatory program to expunge the “implicit bias” of every Department of Education employee. It does not regard people as individuals within New York City’s government school system. Rather everyone is evaluated as a member of one racial group or another. And on that basis alone, all sorts of conclusions instantly emerge: White skin means a life filled with jackpots. Black skin signifies an existence rife with snake eyes.

This dermis über alles approach is the dictionary definition of racism.

DE BLASIO ON TRUMP: I 'GET UNDER HIS SKIN,' PROBES WILL 'LEAD TO IMPEACHMENT'

City Hall and the Department of Education are spending $23 million in taxpayer funds to force school employees to fetishize their racial differences and their supposed inner bigotry. New teachers in New York average $56,711 annually. So, this haul could finance 405 new teachers. Instead, it pays to pick at racial scabs until they bleed.

While this blood is metaphorical, the pain is not.

As Saturday’s New York Post reported, a group of school superintendents met in spring 2018 for a racial-training session. They discussed the question, “What lived experience inspires you as a leader to fight for equity?”

A Jewish superintendent noted that her grandmother hid in a Polish forest while fleeing the Nazis. Her grandfather, she recalled, spent six years in a labor and concentration camp and watched helplessly as his mother and sister were executed.

“My grandparents taught me to understand the dangers of ‘targeted racism’ or the exclusion of any group, and the importance of equity for all people,” the Jewish employee told her associates. “This is my core value as an educator.”

As she told the Post: “At the break, I stood up and, to my surprise, I was verbally attacked by a black superintendent in front of my colleagues. She said ‘This is not about being Jewish! It’s about black and brown boys of color only. You better check yourself.’”

“I was traumatized,” said the Jewish educator. “It was like 1939 all over again.”

This stipulation of black failure is a recipe for black failure. If black kids hear from their teachers, principals, and school officials that white racism is as ubiquitous as atmospheric nitrogen, then why bother trying to prosper? Far more sensible – this grim, race-crazed illogic goes – to surrender and accept a life of government dependency, indolence, and worse.

Carranza has railed against “white-supremacy culture.” According to Department of Education training materials, this outlook includes such allegedly Anglocentric concepts as “objectivity,” “individualism,” and “worship of the written word.”

If this “disrupt and dismantle” initiative (as its supporters call it) were implemented in Birmingham, Alabama in 1965 or 1970, one might see the need to help people exorcise their inner racial demons within spitting distance of segregation.

But LBJ signed the Civil Rights Act of 1964 – nearly 55 years ago. And the men and women being marched through the de Blasio-Carranza racial re-education camp work 961 miles north of Birmingham – for the New York City school system! Overwhelmingly, these are liberal Democrats who did the wave when Obama won and wept in the fetal position when Hillary lost.

These teachers-union and principals-union members already are among America’s most racially correct individuals. So, de Blasio and Carranza are spending tens of millions of tax dollars to help them excise their inner Jim Crows?

The mayor and chancellor may have to shell out $90 million, now that three white women filed suit yesterday, claiming that they were demoted in favor of less-qualified minority personnel. “If you draw a paycheck from DOE,” the suit says Carranza hectored employees last June, “get on board with my equity platform or leave.”

If this race-driven dearth of black-male life prospects is so axiomatic, how did neurosurgeon and HUD Secretary Ben Carson, M.D. make it?

How did former American Express CEO Ken Chenault make it?

How did astrophysicist Neil deGrasse Tyson make it?

How did Motown founder Barry Gordy make it?

How did Academy Award-winning cineaste Spike Lee make it?

How did CNN anchor Don Lemon make it?

How did Fox Business Network host Charles Payne make it?

How did Tony Award-winning actor Denzel Washington make it?

How did author and Fox News contributor Juan Williams make it?

Conversely, how have so many anonymous white men on opioids not made it?

One of Carranza’s indoctrination sessions unveiled a “racial advantage hierarchy” with whites at the top, blacks at the bottom, and Americans of Asian descent not even mentioned. Why? According to attendee Ingrid Flinn, they supposedly enjoy “proximity to white privilege” and “benefit from white supremacy.”

This stipulation of black failure is a recipe for black failure. If black kids hear from their teachers, principals, and school officials that white racism is as ubiquitous as atmospheric nitrogen, then why bother trying to prosper? Far more sensible – this grim, race-crazed illogic goes – to surrender and accept a life of government dependency, indolence, and worse.

New York’s schools should ignore this self-destructive rubbish and, instead, study black success and learn to duplicate it. Step one is to achieve educational excellence.

Finally, rather than breed suspicion by assuming implicit bias, why not assume implicit decency? If someone says or does something racist, help him see the light. If he persists, shun him. But otherwise, encourage people to get along and learn to love others like and unlike them via respect, friendship, and affection – not rage, fear, and animus.