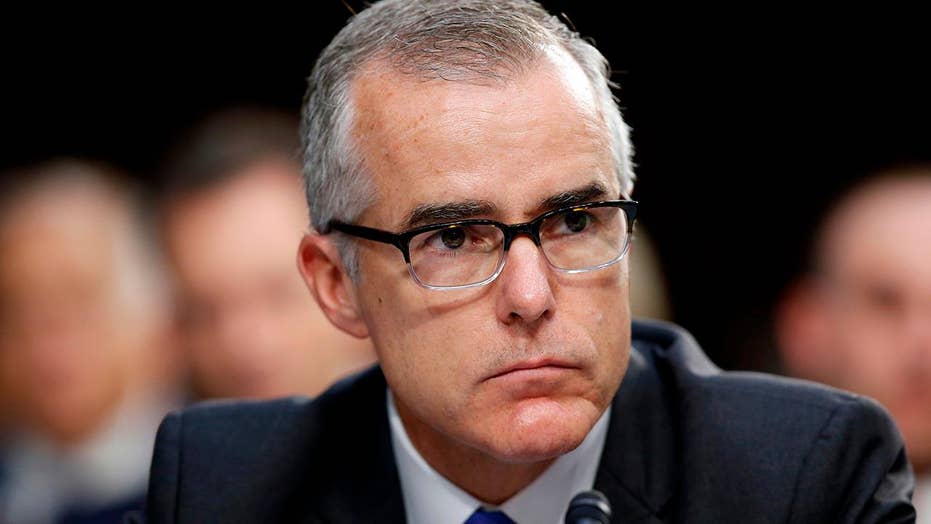 “I  think it’s possible” that President Donald Trump is a Russian asset, disgraced former FBI acting director Andrew McCabe told CNN’s Anderson Cooper on Tuesday. McCabe also said to The Atlantic that FBI brass felt “concern about the president and whether or not he posed a national-security threat that we should be investigating.”

On Wednesday, Russian president Vladimir Putin addressed the Federal Assembly in Moscow. “Let me be loud and clear,” he told lawmakers near the Kremlin. “If the U.S. really is going to deploy missiles on the European continent, it will exacerbate the international situation and create a genuine danger for Russia, as there will be missiles with a 10-12-minute flight time to Moscow.” Putin lamented America’s February 1 withdrawal from the 1987 Intermediate-range Nuclear Forces treaty and added: “We are ready for disarmament talks, but we are no longer going to knock on a closed door.”

McCabe’s bizarre comments perfectly echo the Trump-hating Left’s exhausted yet unsinkable theory that the president of the United States secretly works for Russia, Russia, Russia, and that he and Putin somehow swiped the White House from Hillary Clinton, who had waited her turn patiently to become America’s commander-in-chief.

But only a thoroughly rotten Russian asset would create genuine danger for the Kremlin and close doors to Moscow. Indeed, President Trump routinely gives Putin ulcers.

A Russian asset worth his borscht would work quietly to erode America’s military. Instead, Pentagon spending has soared from Obama’s final $521 billion allocation to Trump’s $634 billion in outlays for 2017 (up 21.7 percent) and another $716 billion last August (up 12.9 percent).

Not satisfied simply to bolster the U.S. armed forces, Trump has pressured America’s NATO allies to do the same. Some criticize Trump for supposedly abusing our European partners. Actually, he has lavished them with tough love.