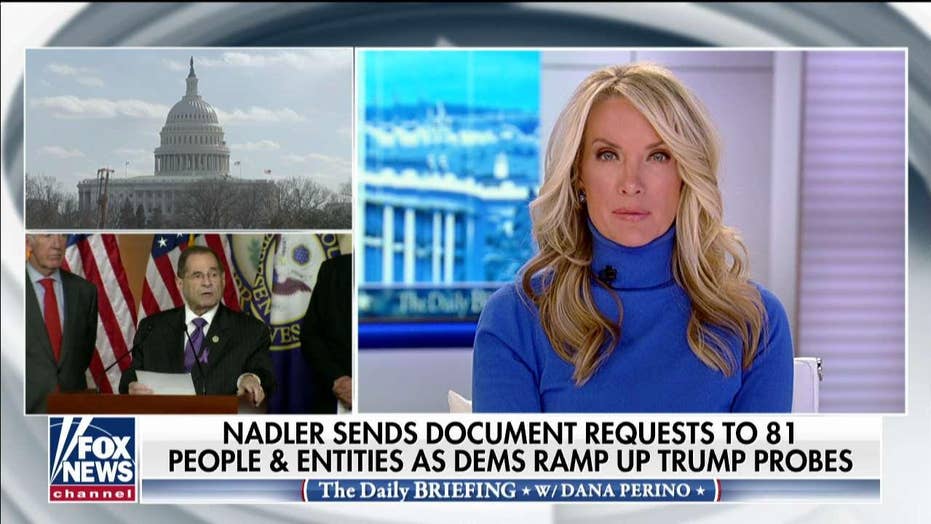 I got a text from a reporter Monday telling me I am on the list of 81 associates of President Trump receiving document production requests from House Judiciary Committee Chairman Jerrold Nadler, D-N.Y. That was news to me.

I didn't receive the letter from the newly installed Democratic leader of the most powerful committee in the House of Representatives. I got it from a reporter. My attorney also didn't get the letter from Nadler – I had to send him the letter the reporter gave me.

This inauspicious beginning signaled the start of yet another bogus Russia investigation, this time by the new Democratic majority in the House.

After directing broadcast media coverage for seven House committees, I know the signs of a sideshow – and delivering demand letters to reporters before they go to the person being asked to produce documents is one of the chief signs.

My attorney replied to the Nadler’s letter within 24 hours, noting that I had no documents responsive to the committee’s request. I’m a marginal witness in this investigation and my document demand was the shortest of all 81. But that didn’t matter. A committee staffer asked my attorney if he would allow me to testify voluntarily.

Think of that: I’ve witnessed nothing. I have no documents. But they still want me to testify. Clearly, the House Judiciary Committee intends to bring in every single one of the 81 Trump associates to testify.

But this isn’t new to my family and me. After working for the Trump presidential campaign for eight months, I’ve been hauled in to testify before two other congressional committees and investigators working for Special Counsel Robert Mueller.

For almost two years, the lives of me and my family have been on hold.

The Judiciary Committee investigation is designed for one result: to produce evidence to help impeach the president of the United States.

Forget that the Mueller investigation – probably the most daunting array of investigatory talent in modern times – has not reported finding any collusion between Russia and the Trump campaign to help Trump win the 2016 presidential election. Nadler isn’t after real evidence. He’s trying to entrap Trump associates to create grounds for impeachment where they don’t exist.

I’ve grown weary of the complicit media claiming there’s no such thing as a perjury trap. I’ve walked into one myself with the Mueller team – and walked out thanks to my expert attorney.

The term “perjury trap” means interviewing someone for no underlying crime and no other purpose except with the hope that the person forgets something, or another witness remembers things differently. Either way, somebody gets charged with perjury.

In this case, investigators will threaten a hapless witness with a perjury prosecution to get the person to say whatever is necessary to ensnare President Trump. With 10 hours of testimony on the record, some almost two years ago, I’m not willing to play that game.

After enduring six-figure legal costs that I was only able to pay with GoFundMe donations from 8,500 people – no big donor aid, no campaign help, no Patriot Fund assistance – I am reticent to stand alone in defiance of the committee and rack up far more legal bills. But I might, if others among the 81 join me.

This charade has gone on long enough. Somebody has to be the first to take a stand. For the sake of my family – for 81 families – it might as well be me.

Michael Caputo is a Republican strategist and the Managing Director of ZeppCom. He worked for Donald Trump's presidential campaign in 2016.