Americans oppose defunding police by 72% to 26%, according to Pew Research Center.

Let this fact sink in as you watch what Democratic leaders and the propaganda media are promoting across the country.

Unlike some Democratic politicians, the American people know that getting rid of police creates a vacuum, which predators will fill.

This is exactly what is happening with the growing disaster in Minneapolis. In fact, the trouble in Minneapolis is a case study on the results of the radical Democratic policy of protecting criminals, hating police and endangering law-abiding citizens, which I write about in my new book Trump and the American Future.

The leftwing Democrats who dominate the Minneapolis government have been crippling and starving the police department. Unfortunately for most Minneapolis citizens, criminals are beginning to understand what a happy hunting ground the Democrats are creating for them.

Gunfire incidents were up 224% in June and 166% in July, according to the Star-Tribune. Armed robberies and car-jackings are also on the rise, with 100 robberies and 20 car-jackings reported in the city’s South Side in July alone. As the police shrink the criminals grow. 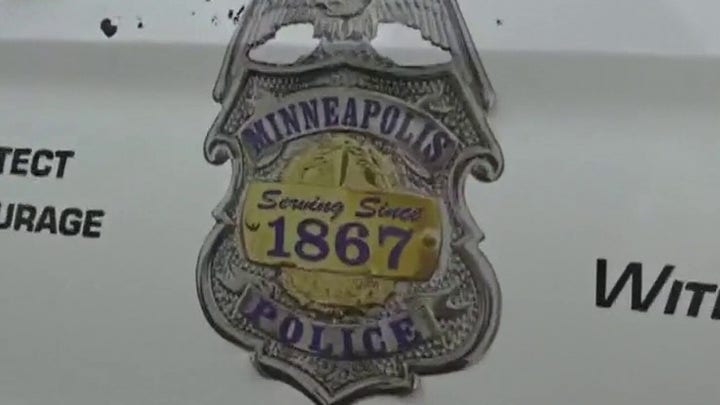 Since the Democrats cannot bring themselves to admit they were wrong, they have shifted to a new strategy: Tell the innocent to surrender if confronted by the predators.

As Kyle Hooten with the Daily Caller tweeted, “Minneapolis City Government tells residents to be ready to give up their phones and wallets and to always cooperate with criminals.”

You may think this is an exaggeration, but the third precinct sent out a notice with “robbery prevention tips.” In addition to standard police advice, such as “be hyper-aware of your surroundings at all times” and “have keys already in your hand as you approach your car,” the notice instructed residents to “be prepared to give up your cell phone and purse/wallet.” It also said, “despite all our efforts, robberies may still occur! Do not argue or fight with the criminal Do as they say. Your safety is most important!”

Hooten later reported that he was told the notice didn’t go through the proper channels. I suspect this only means the Democratic mayor and city council who are attacking the police wanted to protect themselves.

However, the Minneapolis police are legitimately frustrated and defeated. They will answer the continuing attack from Democratic politicians by retiring, calling in sick or being hesitant to put their lives in danger by answering calls for help. The shortages highlight the challenge facing the city's beleaguered police force as it faces calls for its defunding or even abolition.

Libor Janey of the Star-Tribune reported on Aug. 1 that “Minneapolis police are down at least 100 officers since the killing of George Floyd — more than 10% of the force — straining department resources amid a wave of violence and adding extra urgency to the political debate over its future.” Janey then wrote that the force could be down by one-third by the end of the year.

Already, only six officers are patrolling the 14.5-square-mile third precinct. That means there is less than one policeman for every two miles. This may help explain the third precinct’s letter to innocent citizens urging them to obey the criminals, and give up their wallets, keys and cell phones. Since the Minneapolis police are being prevented from protecting citizens from criminals, they want residents to at least know how to minimize the risk of physical harm by surrendering quickly when robbed or confronted.

The hypocrisy of the Democrats is made clear when you learn that Minneapolis taxpayers pay for private protection for three of their city council members. As a citizen of Minneapolis, you are told to surrender before being hurt by criminals. As part of the political aristocracy, you get taxpayer-funded private security, so you don’t have to worry. A nice benefit if you can get it.

The surrender-to-the-criminals approach is having a terrible effect on both the quality of life and the economy in Minneapolis. The Minneapolis Downtown Council has already warned the city government that efforts to defund the police are driving businesses away from Minneapolis. According to the Freedom Foundation of Minnesota, the Downtown Council cautioned that “27 downtown companies are either considering or are actively seeking space in the suburbs to leave downtown.” Other businesses looking to move have “crossed Minneapolis off [their] search list,” the foundation reported.

As Democratic pro-criminal, anti-police policies spread, the disasters are going to spread with them.

In Seattle, where the local politicians surrendered more than a dozen city blocks to vandals and violent protestors, Police Chief Carmen Best, who is African American, had hundreds demonstrators outside her house. As The Washington Times reported, roughly 200 protestors drove to and crowded Best’s neighborhood (although she was not home). Some of Best’s neighbors had to block the streets with their own vehicles to keep the demonstrators from trespassing and damaging property.

One resident told a local Fox affiliate, “It was not peaceful… They were here to intimidate. Scare people. Scare children. There were children out there and they were asking them what schools they went to. They were yelling the most horrible things you’ve ever heard in your entire life.”

Let’s be clear: This effort by the left is putting the lives of innocent Americans – who expect their government to deliver safety – at risk.

This is why the leftwing Democrats will be repudiated as their anti-police dream collapses into a reality of murder, rape, robbery and violence in cities across America.