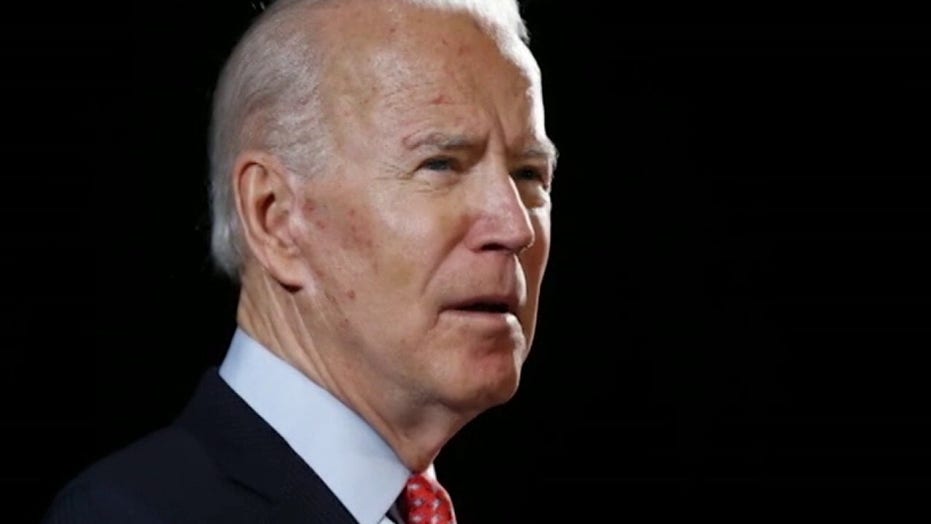 In politics, 100 days is a lifetime! The trajectory of the races for the White House and Congress can change several times. Trust me. I know.

As the campaign manager for then-Vice President Al Gore’s presidential run in 2000, I am all too familiar with how elections can twist and turn … and turn again. It’s a dizzying roller coaster ride, with candidates rising to great heights and falling to frightening lows repeatedly.

DONNA BRAZILE: TRUMP SPEWS ANGER, HATRED AND FALSE CLAIMS TO DIVIDE AMERICANS WHEN HE SHOULD BE UNITING US

So, putting aside the purported current state of this election campaign, here is what Democrats need to do to win the White House, retake control of the Senate, and expand their majority in the House.

Get Out the Vote

The four most important letters in politics are GOTV — Get Out the Vote! I know that sounds obvious. But in the middle of a deadly pandemic, getting out the vote in November will be both incredibly challenging and more important than ever before.

According to the U.S. Census Bureau, only 61 percent of eligible Americans voted in 2016, a slight decrease from the 62 percent who reported voting in 2012. For Democrats to win in November, this can’t happen again — even during the coronavirus pandemic, when many people fear that in-person voting at their local polling places poses a threat of serious illness or even death.

There will very likely be different election laws and ways to vote state-by-state, unless the Senate passes a federal vote-by-mail bill, such as the ones introduced by Democratic Sens. Kamala Harris of California and Amy Klobuchar of Minnesota.

But let’s be realistic. Under the leadership of Senate Majority Leader Mitch McConnell, R-Ky., the odds of such a bill becoming law are the same as the chances that President Trump will start to tell the truth, shut down his Twitter account, deal responsibly with the pandemic based on the advice of scientists, and work to heal racial divisions.

So Democratic voters will need to be educated on the various ways that we can vote in November — voting by mail, early voting, and in-person voting.

We need to understand that Donald Trump is not like any other Republican president.

And we are also mobilizing to protect our Democratic votes. President Trump repeatedly refused to give a direct answer to my Fox News colleague Chris Wallace on whether he will accept the election result if he loses — twice saying “I have to see.” Democrats must take this unconstitutional threat extremely seriously. And we must protect all lawfully cast Democratic votes to make sure that they are counted in November.

So how do Vice President Biden and Democratic candidates for the Senate and House convince as many Americans as possible — Democrats, independents and even Republicans — to vote for them?

We need to understand that Donald Trump is not like any other Republican president. His repeated lies, denial of reality, chaotic management style, divisive policies, government by tweet and sheer incompetence have sickened many responsible Republicans and left them concerned about our nation’s future.

While these Republicans wouldn’t normally consider voting Democratic, they are so disgusted by Trump that their votes are in play this year.

Democratic candidates need to make this election a referendum on Donald Trump’s lack of character, utter absence of empathy, unethical use of the presidency to boost his business earnings and attack his enemies, and total lack of qualifications to be our nation’s leader.

In focusing on the issues that matter to Americans, Democrats must convince voters across the political spectrum that, unlike Trump, we can be trusted. We care about people over profits. And we can unify our country after four of the most divisive years in our country’s history.

Here are the Top Five issues I think Democrats must focus us in the next 100 days:

The coronavirus has infected more than 4.1 million Americans and killed over 146,000. Yet Trump ignores the advice of his own government scientists and works to undermine them, threatens the lives of children and their families by demanding that schools be reopened, urges businesses to reopen as quickly as possible, and continually holds out false hopes that the virus will magically disappear.

As Joe Biden did in April, Democrats must present plans to safely and responsibly reopen our country, our economy, and our schools amid the worsening pandemic. These plans must prioritize protecting both our lives and our livelihoods, rather than the Trump administration and Republican Party policies that put corporate profits over the safety of Americans.

Democrats must continue to push Republicans to pass The George Floyd Justice in Policing Act. With every day that this bill languishes on Mitch McConnell’s desk, more American lives are at risk from unchecked police brutality and unequal treatment by law enforcement when dealing with communities of color.

Democrats must begin by prioritizing Dreamers over Trump’s border wall. America is a nation of immigrants enriched by new arrivals from around the world and we must come up with a pathway to citizenship for them.

Who in his or her right mind would try to gut the Affordable Care Act — for the umpteenth time — in the middle of a pandemic? Trump and his Republican Party, that’s who! Now, more than ever, we need affordable health care for all.

Biden’s recently unveiled plan to fight climate change will aggressively address this existential threat and create millions of jobs and economic opportunities. Trump tells us that climate change is a hoax and wants to increase U.S. production of oil, coal and natural gas as much as possible — actions that would worsen climate change.

Because a lot can and will change in the next 100 days, Democratic candidates may prioritize other issues — depending on the specific candidate and state — including education, foreign policy, combatting poverty and campaign finance reform.

And never forget the courts. Every one of these issues may eventually be addressed by the courts. The Republican-controlled Senate has confirmed 200 federal judges nominated by Trump for lifetime appointments.

Democrats must highlight the extreme right-wing trajectory of the federal bench under Trump, and tell the American people how this will immediately change on the day Biden becomes president and Sen. Chuck Schumer, D-N.Y., becomes Senate majority leader.

And now let’s address the biggest hurdles standing in the way of Democrats winning Nov. 3.

In distinguishing our candidates from Trump, Democrats must be laser-focused on the issues, and on character and unity. We cannot respond to every inane Trump tweet, every shameless attack, and every contrived dispute. Instead, we must seize specific opportunities to rebut Trump’s angry and divisive approach to politics, by putting forward Democrats’ positive and bipartisan approach to governing.

Democratic candidates must also show how the Republican Party has been co-opted by Trump. We must tell the American people how we will focus on unifying our country and ending the chaos that Trump brought to Washington. And we must highlight how Republicans have been complicit in this chaos, when they prioritize loyalty to their party and to Trump over the American people.

So with 100 days until Election Day 2020, this is my message — and my warning — to Democratic candidates and our potential supporters: Get out the vote!  And focus on character, unity, and the issues that are most important to the American people, and to the voters in your individual states and congressional districts.

We have a tremendous opportunity to win the White House, retake control of the Senate, and increase our House majority on Nov. 3. But don’t dare be overconfident!