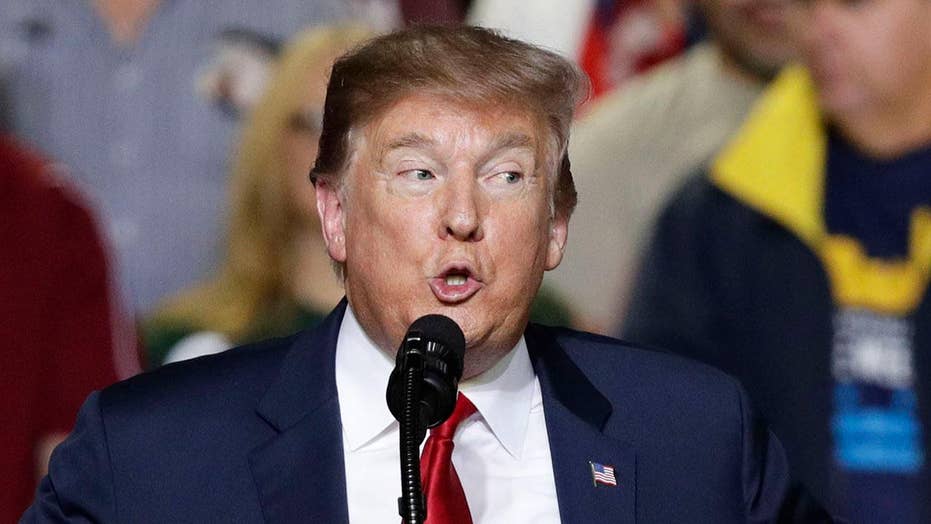 According to news reports, multiple sources on the Senate Intelligence Committee have indicated that their bipartisan investigation is now winding down, having failed to uncover evidence of any collusion between President Trump’s campaign and the Russian government, despite interviewing 200 witnesses over the past two years.

"If we write a report based upon the facts that we have, then we don't have anything that would suggest there was collusion by the Trump campaign and Russia,” said Senator Richard Burr, R-N.C., the chairman of the committee, adding that "We know we're getting to the bottom of the barrel because there are not new questions that we’re searching for answers to.”

Notably, Burr isn’t alone in his convictions. Multiple Senate Democrat investigators also signaled that the probe has failed to uncover any direct evidence of collusion.

ANDREW MCCARTHY: COLLUTION AND THE CRIMINALIZATION OF POLICY DISPUTES

The Senate committee’s findings echo the conclusion that was already reached by the House Intelligence Committee, which published a report last year stressing that its own probe “found no evidence that the Trump campaign colluded, coordinated, or conspired with the Russian government.”

Of course, the whole Russia witch hunt was never really about finding evidence of collusion to begin with. For more than two years, the Democrats have milked the unfounded allegations to their political advantage, using them to justify taxpayer-funded investigations that were intended from the start to obstruct President Trump’s policy agenda and bolster the “#resist” movement that was created by Democratic Party leaders.

Unfortunately for America, nothing suggests that the Democrats are done wasting our tax money on frivolous partisan probes just yet — especially now that they control the House of Representatives.

For the current Democratic Party leadership, obstruction comes before justice.

The revelation from the Senate Intelligence Committee, for example, only made the Democrats double down on their collusion talking points and stress that there is no evidence to clear President Trump of any wrongdoing – shifting the burden of proof to the accused and his campaign, upending our presumptions of justice in America.

"We were never going to find a contract signed in blood saying, 'Hey Vlad, we're going to collude,'" one Democrat aide told NBC News in an apparent effort to downplay the conclusions of the Senate investigation. Debunked rumor and innuendo have now taken the place of evidence and demonstrable transgressions of law in the realm of the Pelosi Congress.

Meanwhile, Democrats in the House are already preparing to keep the Russia scandal alive even if the Mueller investigation likewise finds no evidence of collusion between Moscow and President Trump’s campaign.

“If the special counsel hasn’t subpoenaed Deutsche Bank, he can’t be doing much of a money laundering investigation,” Schiff said. And thus, the political retribution continues without the Office of Special Counsel, which was doing great for Schiff as the lead inquisitor –  until, that is, it found no collusion. Now, Schiff says, the Special Counsel couldn’t possibly have done the job right if it fails to find collusion.

For the current Democratic Party leadership, obstruction comes before justice — that’s why they refuse to let the presumption of innocence, which has long been a cornerstone of our criminal justice system, apply to President Trump.

The reason there is no evidence of collusion, as President Trump has repeatedly stated, is that no collusion ever took place. How many investigations must reach that same conclusion; how many tens of millions of taxpayer dollars squandered; how many witnesses’ names must be dragged through the mud, only to be ultimately cleared, before the Democrats will accept reality? So long as the Democrats continue to misuse their power to drag out a fruitless investigation at the expense of the American people’s agenda, it will be endless.