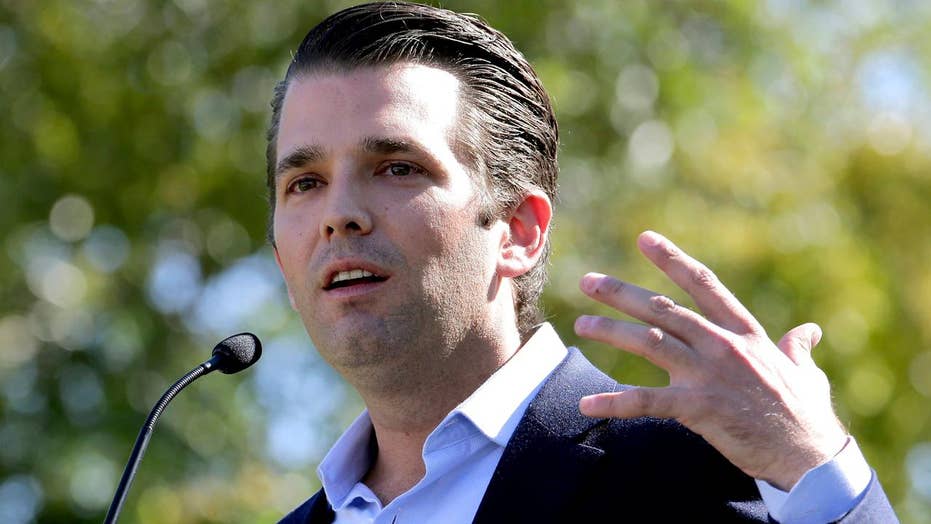 In an early morning tweet, President Trump slammed Democrats for spreading Russian propaganda, namely the broadcast of the controversial “British dossier.” Trump levied the accusation in response to the media firestorm over his son’s admission of meeting with a Russian lawyer during the 2016 campaign.

Trump is correct to say that many of my fellow Democrats have used the document as proof of Trump’s collusion with the Russian government. For example, Rep. Maxine Waters, D-Calif., assured Americans that the document was “absolutely true” while Rep. Adam Schiff, D-Calif., announced that he hoped to talk to the British spy who wrote it.

But is Trump right to say that it’s propaganda? Or are Democrats correct in believing that it’s absolutely true?

Here’s what we know for certain.

But the most important, undisputed assessment comes from our former commander in chief and his intelligence leadership. Their view? The dossier wasn’t and isn’t worth our consideration. Yet why then did our intelligence community brief the document at all?

-- The nation’s intelligence leadership briefed both Obama and Trump on the dossier but made no judgment as to whether it was reliable.

-- When the intel chiefs briefed Obama on the document, he offered a skeptical response: “What does this have anything to do with anything?”

-- Obama took this suspicious view despite knowing that an investigation was being or had already been conducted on the dossier’s contents.

-- Once the press leaked the unvetted document, Trump’s angry response led then-CIA Director John Brennan to clarify that the dossier wasn’t “intelligence community information” and gave it no particular credence.

There are many rumors about the report, of course. Some question the author and the dubious sources that he used to draft the document. Still others highlight that the dossier was allegedly paid for by Republican and Democratic politicians opposed to the idea of a President Trump.

But the most important, undisputed assessment comes from our former commander in chief and his intelligence leadership.

Their view? The dossier wasn’t and isn’t worth our consideration.

Yet why then did our intelligence community brief the document at all?

Former intelligence chief James Clapper claimed that he did so to give policymakers the “fullest possible picture of any matters that might affect national security.” After all, he continued, America’s politicians “may hear about it.”

To former intelligence officials like me, his statement simply doesn’t add up.

Spies are trained in several core competences, with one of them being how to properly vet raw information before it gets published or briefed as intelligence. This process is incredibly important because the finished product goes to policymakers who in turn use it to decide issues of war and peace.

People live or die based on the quality of finished intelligence.

So what vetting was done regarding the dossier’s allegations when Clapper and Brennan made their statements? The facts show that there had been some degree of investigation, resulting in “no judgment.”

Meanwhile, President Obama’s reaction – “'What does this have anything to do with anything?” – suggests that the proof was either inconclusive or nonexistent.

And yet the nation’s intelligence leadership thought it appropriate to brief an uncorroborated set of rumors that our current commander in chief was a secret Russian traitor.

What’s more, my former colleagues felt it appropriate to brief the alleged crimes to the alleged traitor himself – Donald Trump.

If this leaves you scratching your head, it should. It’s as though a district attorney decided to brief a criminal on the case against him because he “may hear about it.”

It’s obvious that Clapper’s statement was a lie.

So what’s the truth? The most charitable explanation is that he and others were deeply concerned by Trump’s connections to Russia and felt it their duty to expose it. After all, a guilty Trump would never have let the facts get a fair hearing. That seems to be the rationale given by former FBI Director James Comey, who admitted to leaking FBI evidence in hopes of forcing the selection of a special prosecutor.

This explanation takes on greater weight given the avalanche of unauthorized disclosures of classified information in the past six months targeting President Trump and his advisors. A smart observer will recognize that these leaks are not coincidental but instead part of an organized effort exposed by the New York Times.

That suggests another possible explanation: partisanship. My Democratic party knew that its legacy – and key legislative victories like ObamaCare – were both at grave risk with a Republican-controlled Congress and White House.

Finally, many Americans – Democrats and Republicans – simply found Trump to be a distasteful person. The infamous “locker room” comments were a breaking point for many voters, including spies and law enforcement officials.

These three explanations are much more honest appraisals for why Clapper, Brennan, and Comey briefed the dossier. In short, they knew that by briefing the document, they would give life to allegations that otherwise had no or little support.

They also knew that, when their efforts eventually leaked, the smear of the dossier’s allegations would leave the new president hobbled. He would struggle to move his agenda forward.

And they knew that politicians like Rep. Waters and Rep. Schiff would cling to the dossier and spread its uncorroborated accusations. It doesn’t take a spy to understand that Capitol Hill can’t help itself. Politicians need to make headlines to raise their profile – and re-election cash.

In short, Trump is right that some Democrats have embraced the unfounded allegations of the British dossier. But there’s a much bigger concern: America’s senior spies and law enforcement officers have used the dossier as a part of their own covert influence campaign.

Their reasons for doing so are irrelevant. No one – Democrat or Republican – should be allowed to subvert American democracy and rule of law. That’s most especially true of our intelligence and law enforcement communities. As I’ve written previously, our spies and G-men cannot decide the nation’s political winners and losers.

Let me be clear: the investigation of President Trump and his associates must continue. Indeed, Donald Trump Jr’s release of campaign emails should rightfully be of interest to Special Prosecutor Robert Mueller and his team. Trump Jr. was transparent of his behavior only after he got caught by the Times, adding suspicion to the fears of Trump / Russia collusion.

But as Mueller wrestles with Trump’s behavior and that of his team, he must also address the actions of senior officials like Clapper, Brennan, and Comey. Their sin is no less grave than that which is alleged of Trump.