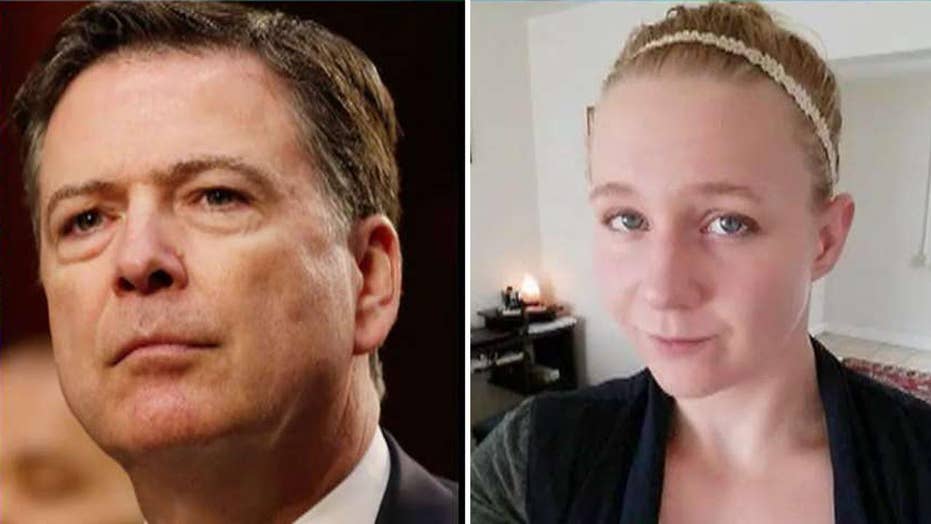 James Comey admits to sharing details of a private meeting with the president; NSA contractor accused of leaking secret intelligence in hopes of bringing down the president

Deputy Attorney General Rod Rosenstein’s warning about anonymous media reports rightfully calls our attention to a growing crisis: Americans are being overwhelmed by a waterfall of highly questionable leaks about the drama in Washington, D.C.

Some of the gossip is fairly predictable, like the jockeying of power between White House staffers or dueling Congressmen.

But Rosenstein’s worry is focused on another, more dangerous trend: the unsanctioned release of sensitive or classified information by a group of shadowy sources.

As a former CIA officer, I share Rosenstein’s concern because I worked with these same types of informants. In the world of espionage, we called them “volunteers.” In short, these people tracked down intelligence officers to peddle information.

In the vast majority of cases, volunteers turned out to be the equivalent of human garbage. On rare occasion, however, they held credible intelligence that altered the course of history.

Unless the media identifies a source and is honest about their motivations and biases, subsequent reporting is the equivalent of cheap celebrity gossip. Maybe a little truth, but a whole lot of lies.

The challenge, then, was to vet each source to decide whether they were a heap of trash or pot of gold. In espionage – as with journalism – officers used a five-step process to sort it all out:

Identity: First, spies conducted the equivalent of a background check on the volunteer. Can we confirm their job, title, and related work functions? Can they prove their identity?

Unfortunately, the American people have no way to determine if any of the media’s anonymous sources have undergone this basic check. Instead, we have to rely on the integrity of reporters.

Access:  Next, spies worked to confirm a volunteer’s access to the information they’re providing. Do they have reason to have it? Is their access direct (personal) or indirect (through others)? If they’re using subsources, these unnamed figures have to be vetted as well.

Frustratingly, the American people have no window into whether the media has addressed this critical step and, if so, to what degree of professionalism.

Motivations: Spies have to understand why a volunteer is offering their information. If someone is bitter about a job loss, for instance, they might pass along falsehoods or “cherry pick” intelligence in order to get revenge against a boss.

Indeed, most volunteers are motivated by one of four things: revenge, ego, money, or partisanship. For example, NSA’s most recent leaker R. Leigh Winner fits the pattern of partisanship while former FBI Director James Comey’s leak may be explained – in part – by revenge.

Of course, just because volunteers have dubious motivations doesn’t mean we ignore their information. Rather, the media must highlight a source’s likely bias so that viewers and readers might draw their own conclusions.

Sadly, no media outlets have publically taken these steps in recent months.

Corroboration: In the world of espionage, a volunteer’s claims have to be checked against 1) other sources that 2) don’t know of each other’s actions yet 3) share the same information. Relying on single-sourced intelligence is dangerous. That’s largely what drove the disastrous invasion of Iraq in 2003.

Here again, the media has yet to demonstrate that they’ve corroborated any of the information they’ve published. Of course, they’ve promised that they’ve done so but there’s simply no proof. Instead, we have to rely on the honesty and integrity of journalists.

And that brings up the final step in asking whether recently leaked reporting is credible.

Bias: In the world of espionage, officials have to consider whether the officer vetting the volunteer might be biased. In other words, it’s possible that the officer wants the volunteer and their information to be true even if it’s not.

Why? Officers sometimes think they can get a promotion, receive a bonus, or be honored with an award if they find a great volunteer.

At Langley, this rarely occurs. In America’s media, however, it’s depressingly common.

Turn on any TV station or read any article and you’re bound to consume not just facts but also the political agendas of media owners and editors. For instance, data show that The New York Times and Washington Post have a greater bias than Fox News.

Or consider the 2016 election where journalists directed 96 percent of their political giving to my party’s nominee – Hillary Clinton.

While I might like that as a Democrat, I hate it as an American. We need to battle over our political differences through honest debate, not biased journalism.

First, Rosenstein is right. Exercise caution when reading stories with anonymous sources and leaked information. Unless the media identifies a source and is honest about their motivations and biases, subsequent reporting is the equivalent of cheap celebrity gossip.

Maybe a little truth, but a whole lot of lies.

Second, be patient with the FBI investigation. The Bureau’s Special Agents are aggressively and fairly investigating the Trump allegations. We should have results by early fall.

When we do, have faith in what we learn. If Trump or his associates are guilty of improprieties, America will demand justice. If Trump is cleared, we will take this drama to where it belongs. The ballot box.

Finally, focus on the news that’s getting less attention but is equally important, like TrumpCare. If you don’t like what you’re seeing in Washington, tell the Democrats to come up with a better plan. Demand something like Our American Oath, which is a vision for the country that I helped draft with pragmatic Democrats and Republicans.

Bottom line: No matter what you read or hear – from Trump or the New York Times – consume your news with a critical eye. It’s our job as citizens to ask tough questions and demand more honest answers.

If we don’t get it, let them hear you. Cancel your subscription. Turn off the TV.

And if it’s a deceitful politician spreading lies, vote them out.