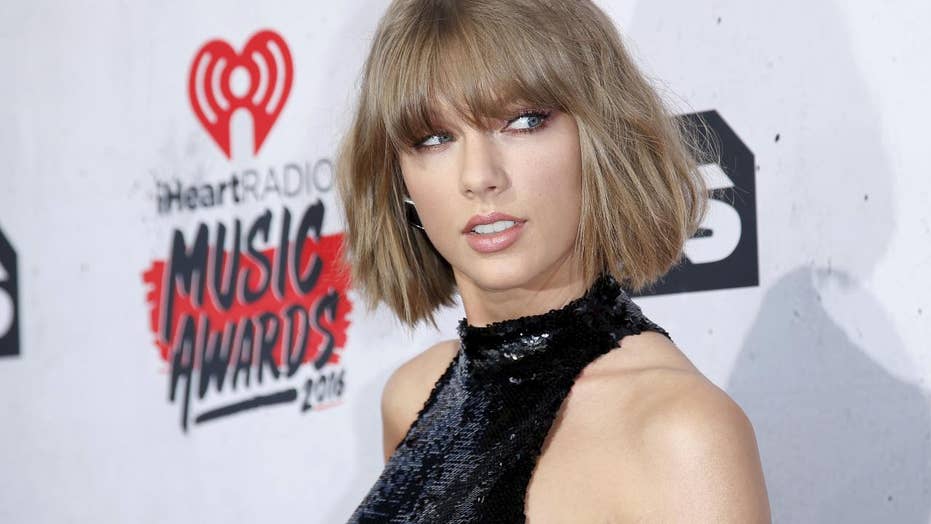 Pop star Taylor Swift has a tradition of buying her albums from Target. She kept that tradition alive upon the release of ‘Redemption’. Take a look at some of the photos a few lucky shoppers captured.

Marie Claire is a women’s magazine that covers health, beauty and fashion. That used to be enough, but, like everything else these days, it has gotten political.

In fact, just being political isn’t enough. Now everyone else has to be political, too.

Thus we get the Marie Claire article by Kayleigh Roberts titled “5 Things Taylor Swift Should Have Addressed on ‘Reputation’ but Didn’t.” (For you non-Swift fans, “Reputation” is her latest album.)

The first thing Swift should have addressed, according to the article: “Her Decision To Remain Apolitical During The 2016 Election.”

I’m a fan of old movies, but I never say to myself “I wonder if Fred Astaire supported Roosevelt?” or “I wonder if Audrey Hepburn favored economic reform?”

Roberts goes on to explain:

“Fall of 2016 saw a slew of celebrities get vocally and visibly involved in the political process, supporting candidates and encouraging their fans to get out and vote.”

“Whether she likes it or not, Taylor’s politics (or her perceived political apathy) are a part of her reputation, and a song addressing or at least acknowledging that (even if the song did not address her personal politics) would have been impactful.”

It’s true, last year saw a bunch of celebrities did get vocally and visibly involved in politics, but, unlike Roberts, I didn’t think that was something to celebrate.

I’m a fan of old movies, but I never say to myself “I wonder if Fred Astaire supported Roosevelt?” or “I wonder if Audrey Hepburn favored economic reform?” I don’t know the answers to these questions, because back then stars generally kept their beliefs to themselves. But, more importantly, I don’t care what they thought about those issues.

What I care about, and what most people care about when it comes to celebrities, is how well they entertain us. Having them lecture us on how to vote is not entertaining – in fact, it tends to get in the way of entertainment.

Yet, in recent times, it seems more and more big stars feel the need to share their wisdom with us.

Celebrities, like all of us, are free to believe what they want, but that doesn’t mean they have to let everyone know about it. I’m sure there are a lot of people I pass on the street who could teach me things, but I’d just as soon they don’t buttonhole me to let me know the latest on health-care reform.

Roberts admits Swift can play it how she wants: “Taylor is not required to be open about her politics, of course, but it’s also fair to question her decision to remain silent in what was a particularly contentious and consequential battle.”

I have no trouble with – in fact I favor – any celebrity who chooses to remain silent. And this argument is only stronger when the issue is particularly contentious. It makes me wonder if Marie Claire would think it’s so wonderful if Swift was more explicit about her beliefs, but on the side Kayleigh Roberts doesn’t like.

It’s a politician’s job to take a stance. It’s not an entertainer’s job. (An exception can be made when their politics are part of their art, but even that can be tricky.)

So sorry, Marie Claire. Maybe Taylor Swift should end her feud with Katy Perry, and maybe her relationship with Tom Hiddleston was a publicity stunt, but as far as her keeping her politics to herself, that’s fine with me.

One of the glories of our democracy is the secret ballot. I wish more celebrities would take advantage of it.