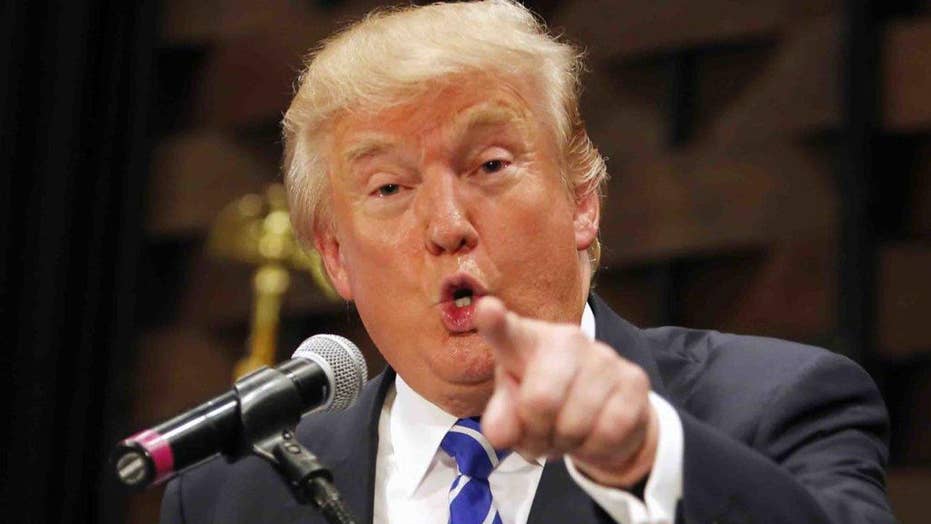 Donald Trump: 'We have to demand law and order'

An interesting group to answer this question would be conservative Hispanic voters, 43 percent of whom have a “positive” or “very positive” impression of Mr. Trump, according to a new poll commissioned by The Latino Coalition.

This data does not fit well with the prevailing narrative that Trump is a bigot and no self-respecting Hispanic would ever support his candidacy.

And there’s more. Although 67 percent of Latino voters registered as Republicans and Independents who self-define as “moderate” or “conservative” have a “negative” or “very negative” impression of Trump, 40 percent of those voters would still consider voting for Trump over Hillary Clinton.

Only 20 percent of those surveyed had a “positive” or “very positive” view of Clinton.

In other words: If you thought rank and file Republicans were struggling a bit with this year’s presidential choices, well…try being a Hispanic conservative or moderate this year. It’s complicated, at best.

A look at the issues of importance to Latino voters in this category does shed some light. Across the board, Latino voters in our sample are focused on national security and the economy. “Working on an immigration solution” comes in third overall, with “address the Latino community with respect” following closely in fourth place.

Among both moderate and foreign-born Latinos (who, incidentally, self-identify as “conservative” at higher rates than U.S.-born Latinos), that issue of respect resonates most strongly.

This is an important message for Trump to hear, but also for down-ballot Republicans across the country. Candidates cannot assume that Hispanics are monolithic – concerned only about immigration and defeating Trump, as the elite narrative suggests.

Our data indicates that conservative and moderate Latinos are still very much open to Republicans and Trump, but any and all candidates should be mindful to address the Latino community in a way that is respectful. A good way to start would be by hearing and voicing their concerns about national security and our economy.

Moderate and conservative Latinos are business-minded, with 68 percent concerned about the negative impact of red tape and taxes on small businesses and two-thirds (66 percent) believing that increases to the minimum wage would harm the ability of businesses to hire workers.

This group of voters also sees Obamacare to be a hindrance to small business, with 60 percent agreeing the healthcare law has increased both the complexity and cost of operating a small business.

Perhaps influenced by the fact that so many Hispanic Americans have been killed in recent terror attacks (in Paris, San Bernardino and Orlando), the issue they want to hear about first is “improving national security.” There is very little difference between conservative and moderate Latino voters here – 91 percent of conservatives and 95 percent of moderates in our sample said this was “very important” or “important.”

My advice to Republican candidates from presidential to congressional, gubernatorial to state legislative: Talk to Latino voters as you do to any constituent with whom you hope to gain favor. Start with respect. Listen carefully. And then thoughtfully, fairly address the issues they’ve said are of most pressing concern, regardless of what the headlines of the day tell you matters most.

In this case, you’ve got a head start – you now know that our nation’s physical and economic security is of utmost importance to moderate and conservative Latino voters. Now go out there and talk to them with respect. If you do, they’ll help you make history.

Hector Barreto, served as Small Business Administration Administrator under President George W. Bush. He is the author of "The Engine of America," which provides motivation and inspiration through the stories and ideas of business leaders across the nation.