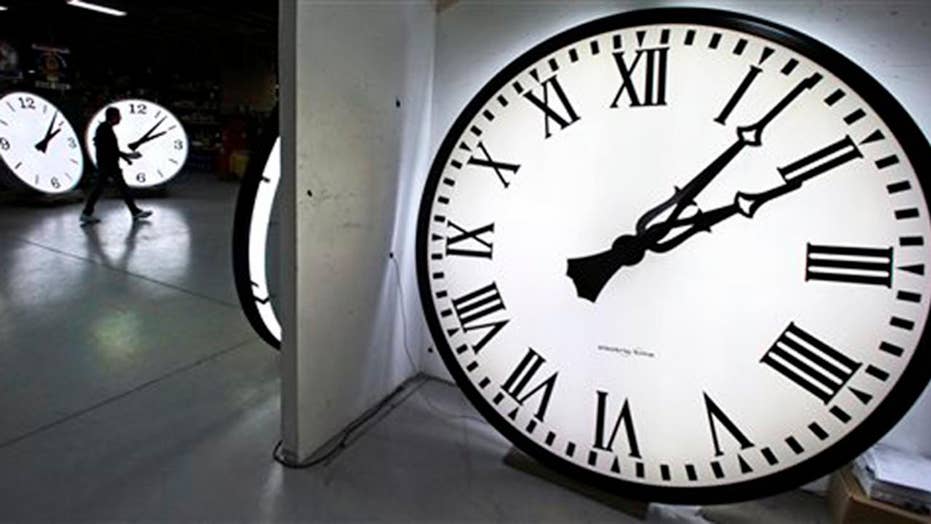 The bill is part of a larger movement to make daylight saving time the new standard time.

Welcome to the moment many of us dread twice a year when the government unintentionally causes mass chaos by fiddling with our clocks. Grogginess, confused babies and pets are the tip of the iceberg, as we’re learning that the contrived phenomenon of moving the clock forward by public decree in the Spring isn’t just annoying--it’s also deadly.

Studies suggest thousands of people are dying every year to continue a practice that doesn’t have any rational purpose in modern life. Hopefully, I'm not one of those people this year.

Contrary to what you hear on the street or at the water cooler, it is, in fact, called "Daylight Saving Time" (saving is singular, don’t ask me why).

Additionally, we don’t change our clocks to help the farmers. In fact, most folks in the agriculture community have never been for it and would be delighted for our legislators to repeal this nonsense.

Furthermore, not every state does it, as Arizona and Hawaii prevent nonsensical clock changing that translates into saved lives, less stressed citizens, and better overall public health. I have the great misfortune of not living in one of these chronologically friendly states.

Of course, I am far from alone in hating Daylight Saving Time. You probably agree that sleep is the most valuable commodity we have in a world where we are bombarded with information and preoccupation with every waking moment. There’s little doubt that getting enough quality sleep is key to a healthy, happy and productive life, which is why when your circadian rhythms are disturbed by Daylight Saving Time, everyone suffers.

So if you catch me falling asleep on my desk you will know why. In fact, scientists have traced a slew of tragic mistakes to time changes along with eye-popping numbers of lost dollars in productivity attributed to the sudden jolt of a time change.

Losing an hour of sleep, which is typically inevitable while we “Spring Forward,” is associated with a multitude of health problems, including a higher risk of a heart attack and stroke.

That begs the question: where exactly did Daylight Saving Time come from and why do we still do it? The origins practice is a prime example of how reality is often stranger than fiction, but one thing we know for sure is that clock changing was adopted to save energy. What’s a lot harder to answer is why we as Americans haven’t abandoned observing this antiquated policy.

Our storied founding father Ben Franklin gets some of the credit behind the concept, and one of Chris Martin’s ancestors (yes, Chris Martin of Coldplay) relentlessly promoted the idea in the United Kingdom with the help of his friends Winston Churchill and Sir Arthur Conan Doyle (of Sherlock Holmes fame).

Back then, Daylight Saving Time probably translated into energy savings, but today that’s far from the case. Studies are mostly inconclusive on whether we save energy, and one study from Indiana showed that we used more energy by observing Daylight Saving Time. I'm pretty sure my electric bill is going to remain the same.

So beyond an interesting history lesson, Daylight Saving Time offers very little benefit to everyday Americans. So why don’t we let it go the way of the dodo bird and seal its fate as a relic of history that’s no longer relevant?

Fortunately, there are politicians who are doing exactly that and leading the way to restore sanity to our chronology. My senators from Florida, Rick Scott and Marco Rubio along with Representative Vern Buchanan have introduced the Sunshine Protection Act to turn the page and stop the madness by making Daylight Saving Time permanent. President Trump has even endorsed the idea on Twitter and it’s one of the few bipartisan ideas gaining traction in Washington, as several Democratic senators have signed on as co-sponsors to the bill.

“Springing Forward” is imminent at this point, and all of us are going to feel the pinch in the near future. But there’s an alternative, and all we need is Congress to act to make Daylight Saving Time permanent. It would be an easy legislative win in a hyperpolarized environment and would help most Americans live better lives and prevent unnecessary suffering.

Imagine how much better our world would be by making our clocks stable again. If you’re not falling asleep on your desk next week like me, call your member of Congress or Senator, and urge them to save us from this public policy fiasco also known as Daylight Saving Time by supporting the Sunshine Protection Act.

David Grasso is a partner in the Palladium Advisory Group, connecting investors with fully-vetted startups that are ripe for investment and uniquely positioned for growth. David is also a media personality and a host on Bold TV, a non-profit digital television network by Millennials for Millennials and Gen Z.