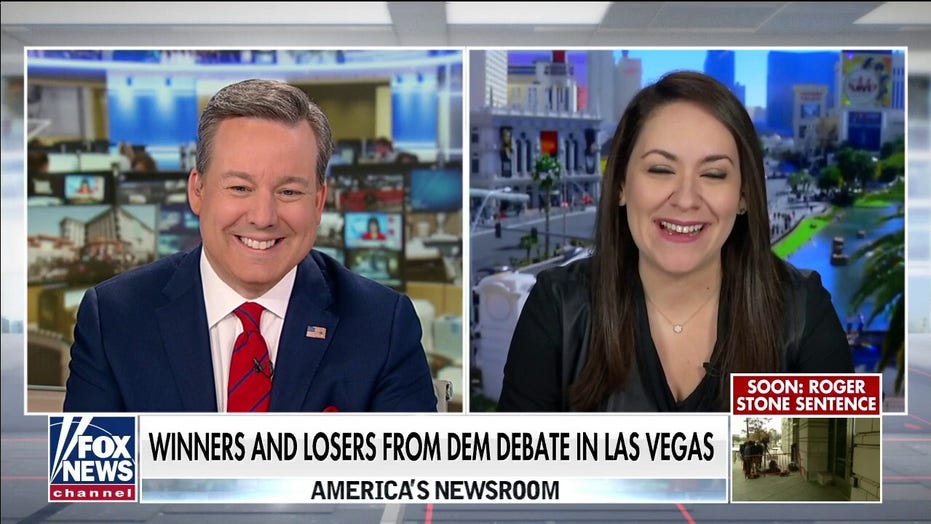 DNC Comms Director: 2020 Dems have their eyes on the prize, division not permanent

Many have noted the dilemma the socialists -- er, I mean the Democrats -- are in over the prospect of Sen. Bernie Sanders, I-Vt., winning their nomination. If nominated, they're running a socialist. If not, their base will be out of sorts.

It's time for a reckoning. The Democratic Party is going to have to be honest with itself -- and the American voters -- sooner or later. It is already mostly socialist. But is it ready to embrace the label?

While a majority of Democrats now have a favorable view of socialism (just think about that for a second), a majority of Americans do not, though the gap is shrinking thanks to liberal academia, Hollywood and Democratic propaganda.

Democrats always go left during primaries and pretend to be moderate during the general election campaign. But radical leftism now controls their party, and they have little plausible deniability.

If Sen. Elizabeth Warren, D-Mass., is the nominee, which seems unlikely, we'll see the media conspiring with her to deceive voters about her socialism. With policies sometimes to the left of Sanders, she still hasn't owned up to the label.

If Sanders, a card-carrying socialist, is the nominee, there'll be no point in the media denying it -- and Sanders probably won't either, though crazier things have happened than a proud socialist temporarily shedding his Marxist cap to win the presidency and push the nation further toward socialism.

There's an arguable parallel between the 2016 Republicans and the 2020 Democrats in that each had a broad range of candidates. And if Sanders is nominated, each will have chosen an unorthodox candidate, but one whom the base can enthusiastically endorse.

The similarities end there. While the left repeats with mind-numbing monotony that the Republicans just keep moving further to the right, that's really not true. Under President Trump's leadership, our conservative policies have finally lined up with our rhetoric, but our rhetoric -- our agenda -- hasn't become appreciably more conservative since former President Ronald Reagan.

Yes, I'm aware that our never-Trump friends on the right will descend into spasms over my remark that Trump is governing conservatively, but most (not all) of those self-described "principled conservatives" are too busy cavorting with Democrats to be taken seriously. I'll concede that Trump appears to have strayed from conservative orthodoxy on trade, but even there he's more of a horse trader than a protectionist. He's willing to take risks to secure better deals, but this isn't ideological for him; it's business, which is who he is and what he's about.

If Bernie loses, Democrats will have to convince their hopping-mad base that they were forced to settle on a racist-sounding gazillionaire whose tax returns and emoluments clause issues will bite them in the rear -- or some other lackluster candidate who will still be light-years better than the evil Donald Trump. Anyone but Trump.

If Bernie wins, Democrats will have bigger problems. It's not just that Bernie's an avowed socialist. It's the economy, stupid! It's the improved standard of living and rising employment across the board, especially for minorities. It's the astounding stock market. It's Trump's bullishness on America, and America is, in fact, stronger again. It's that Trump has fulfilled his promises. It's that Trump and his exceptionally united Republican Party have, by delivering solutions, robbed Democrats of their talking points.

All they'll have left is identity politics, which means exaggerating race problems, manufacturing gender problems and engaging in all-out thermonuclear class warfare. But every bit of that message is pessimistic. No hope and change on the horizon. All the Democrats have is negativity -- complaining about Trump, and whining about unfairness and alleged inequalities.

But given that all income groups are improving and race relations are better than under former President Obama, Democrats will have trouble winning the swing states with only negativity. It doesn't really matter how much is owned by these evil liberal capitalist billionaires -- Mark Zuckerberg, Jeff Bezos, Bill Gates, etc. If people's lives are better -- and they are -- class envy won't be nearly as seductive.

With Democrats always having a built-in electoral vote advantage, Republicans should never be smug about an upcoming election. But we should be optimistic, and we have objective reasons to be. By almost all measures, America is doing better under President Trump. Four more years!