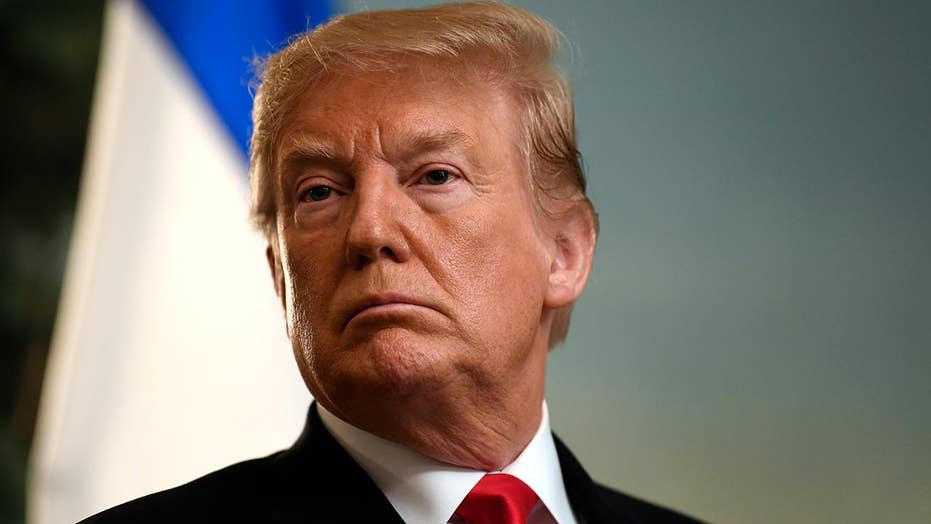 Special Counsel Robert Mueller’s investigation is over and his findings conclude that the Trump campaign and Russia did not coordinate, conspire, or collude to help President Trump defeat Hillary Clinton in the 2016 presidential election.  Furthermore, Special Counsel Mueller also declined to pursue obstruction of justice charges because the president was not involved in any underlying crime.  In his letter to Congress, Attorney General William Barr stated that the Mueller report found no evidence that constituted “obstructive conduct.”

In short, after 22 months, 2,800 subpoenas, 500 search warrants and 500 witness interviews, the special counsel came up with absolutely nothing.  This investigation - which wasted tens of millions in taxpayer dollars - will be remembered for producing the biggest goose egg in American history.  The President of the United States has been completely vindicated.

Not only did Attorney General Barr’s letter to Congress tell us what the Mueller team investigated, but by omission it also gave us clues as to what wasn’t investigated.  At this moment, it appears that Special Counsel Mueller did not consider the illegal activities and dirty politics that paved the way to his appointment in the first place.

The political weaponization of our justice system and intelligence community that occurred in 2016 and 2017 must not be swept under the rug.  The American people deserve an honest and complete investigation - not for political payback as the liberal media is trying to frame it - but because the allegations are too serious to ignore.  Tens of millions of Americans are expecting answers about the failed soft coup attempt against our duly elected president that just played out before our very eyes.  It’s a good sign that Senate Judiciary Committee Chairman Lindsey Graham is planning to do a thorough review of it all on Capitol Hill.

Fusion GPS founder Glenn Simpson and Christopher Steele - the former British spy who compiled the phony anti-Trump dossier for Fusion GPS - must finally be investigated.  While we know that Fusion GPS was paid millions by the Hillary Clinton campaign and the Democratic National Committee through a law firm, we still don’t know who directed and allowed Simpson and Steele to peddle the fake dossier to President Obama’s political hacks at the Justice Department, FBI, State Department, and intelligence community.  Will Hillary Clinton and Barack Obama ever get asked these all-important questions?

To paraphrase a famous Biden slip of the tongue, these allegations are “a big f#ck*ng deal” that must be pursued because the American people deserve to know the truth.

Fundamental questions must also be asked about why former National Security Adviser Susan Rice felt the need to plant exculpatory evidence in a highly peculiar email to herself on the last day of the Obama administration.  On January 20, 2017, on her way out the door, Rice wrote that President Obama instructed law enforcement and the intelligence community looking into Russian collusion and the Steele dossier to do everything “by the book.”  The email was in reference to a January 5, 2017, meeting that included Rice, Obama, former FBI Director James Comey, former Deputy Attorney General Sally Yates, and Vice President Joe Biden.

More than two years later, knowing what we now know about just how politicized Obama-Biden law enforcement and intelligence leaders were behaving, the Rice email becomes that much more curious.  Is it possible Rice wrote the email to make it look like Obama wanted everything done by the book, precisely because they were doing nothing by the book?

To be certain, these examples of malfeasance are just the tip of the iceberg.  Are we supposed to just forget about the rampant Foreign Intelligence Surveillance Act abuse and the “unmasking” of Trump campaign officials by senior members of the Obama administration?  It goes without saying that if former Vice President Joe Biden decides to re-enter public life as a presidential candidate, he’ll be the one forced to answer for all of this right out of the gate.

To paraphrase a famous Biden slip of the tongue, these allegations are “a big f#ck*ng deal” that must be pursued because the American people deserve to know the truth.  In January, Special Counsel Mueller received a six month extension for his Washington grand jury.  It’s time that this grand jury finally be put to good use by calling those responsible in one by one to question them about their failed “illegal takedown” of a duly elected President of the United States.