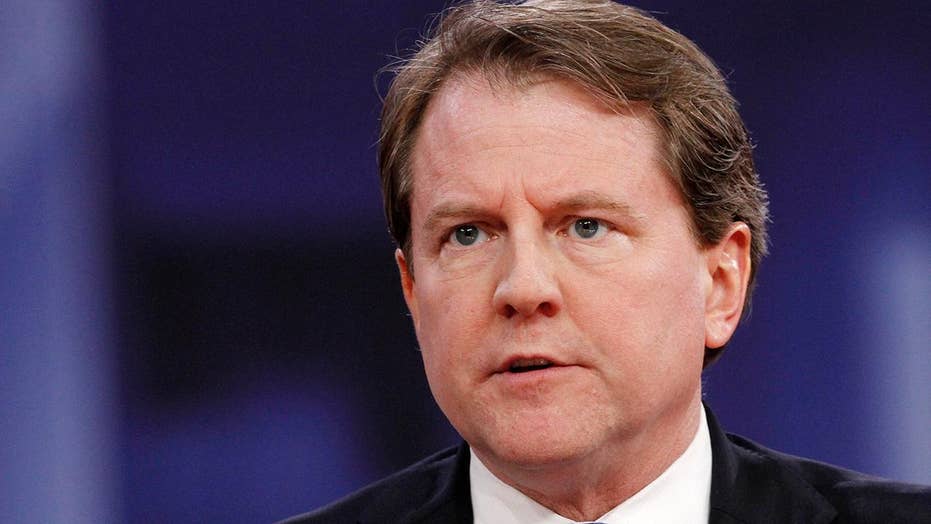 The departure this week of my friend Don McGhan as White House counsel after almost two years of outstanding service reminds me of the time I invited him to travel to Iowa in January 2015 to introduce him to Donald Trump.

Our future president was the featured speaker back then at the Citizens United Freedom Summit in Des Moines. I had been advising him in an unofficial capacity for years as he considered the idea of jumping into a run for high office. I had introduced him to Corey Lewandowski a year before.

In early 2015, Trump had just hired Lewandowski to run his political operation, as he considered a possible presidential candidacy that many in the news media – already hostile to him – dismissed as a publicity stunt or a joke. Pundits convinced of their brilliant insights were positive that Donald Trump could never win the Republican presidential nomination, let alone be elected president.

I wasn’t entirely sure about how serious Trump was in 2015 about making a run for the White House. But he certainly got my attention when he called me for a recommendation for the best campaign finance attorney to work on his still-unannounced campaign.

I had already known Don McGahn for many years. I knew his work as a campaign finance legal expert and from his tenure on the Federal Election Commission. I thought so much of his talent that I hired him to represent Citizens United, the group I head, in a case against now-disgraced former New York state Attorney General Eric Schneiderman in U.S. District Court in Manhattan.

When Trump hired McGhan to be chief counsel for his campaign I was encouraged. I knew this would be seen in Washington political circles as another key hire by someone who was looking more and more like a serious presidential candidate.

McGhan proved to be a critically important senior member of the historic 2016 Trump campaign’s inner circle. From the first primary debate in Cleveland in August 2015 to election night and throughout the transition, he ran a watertight, mistake-free campaign regulatory operation for candidate Trump.

It was because of McGhan’s professionalism and strong work ethic that one of President-elect Trump’s first appointments was to make McGhan the White House counsel. It was a wise choice.

Now McGhan has left the federal government with a remarkable record of service during the historic first term of President Trump.

McGhan will undoubtedly be best remembered for his monumental accomplishments in the crucial area of filling the federal judiciary with highly qualified judges who faithfully interpret the law and defend the Constitution. His hard work and leadership in this regard was nothing short of exceptional.

In his role as White House counsel, McGhan advised President Trump on Supreme Court nominations. This led the president to nominate two brilliant appeals court judges – Neil Gorsuch and Brett Kavanaugh – to the nation’s highest court. The president gave McGhan the responsibility for shepherding the judges through the Senate confirmation process in the face of highly partisan Democratic opposition.

Gorsuch and Kavanaugh are now on the Supreme Court. Their appointments will go down as two of the most consequential of our time. The positive impact these two gifted justices will have on future generations of Americans will be felt for many decades to come.

Although McGahn might be best remembered for his work spearheading the Gorsuch and Kavanaugh nominations through the Senate, his record of helping President Trump fill federal district and circuit court vacancies is also extraordinary.

The Senate has so far approved an eye-popping 53 district court judges and 29 circuit court judges to lifetime appointments since President Trump took office. According to The New York Times, these 29 confirmations are “far more than any other president since the creation of the regional circuit court system in 1891.”

Every American who honors the rule of law and reveres the Constitution owes Don McGahn a debt of gratitude for his service to our country and to our 45th president.