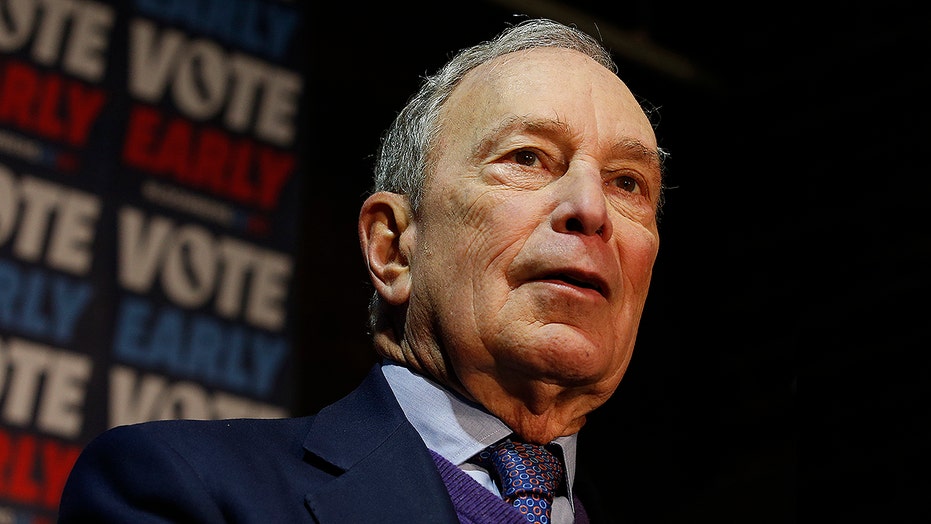 Self-proclaimed Democratic Socialist vs Billionaire. What better symbolizes the fight for the soul of the Democratic Party?

There are more than 44 million Democrats in the United States yet, as New Hampshire voters prepare to cast their ballots, the Democrats are on course to nominate the former Republican mayor of New York City or the longtime Independent from Vermont.

It’s down to Bernie Sanders vs. Mike Bloomberg. Never mind that the only time either has appeared on any ballot as a Democrat is as a presidential candidate.

ARNON MISHKIN: NH AND IOWA MATTER – HERE'S WHY THEY'RE WORTH KEEPING BUT COULD BE ENDANGERED

In case there was any doubt of Sanders’ front-runner status, Hillary Clinton cleared it up by doubling down on her criticism of him. As an aside, while the media portrays President Trump as one who can’t pass up airing his grievances, no one holds a grudge like Clinton.

Actually, she continues to be the gift to Republicans that just never stops giving, as it was her former campaign staffers who developed the app that caused the Iowa Caucuses to be a disaster.

The irony does not end there. At a time when the Democrats are demanding to get rid of the Electoral College, they used a complicated math equation in Iowa to award delegates. The result, as of this writing, has Sanders getting more actual votes (a.k.a. popular vote) than Pete Buttigieg, but the former mayor receiving more delegates (a.k.a. Electoral College electors).

Regardless of the embarrassment for Democrats from the Iowa fiasco, one conclusion it did help reach was that you can put a fork in Joe Biden, Elizabeth Warren and Amy Klobuchar. They are done.

Pundits and media pollsters must finally accept that Biden’s national numbers have simply been a reflection of name identification and voters not focusing on their choice. Every place where the vote gets closer to occurring, his support dwindles as Democrats make their final decision. This was the case in Iowa, and it will be the case in New Hampshire plus everywhere else moving forward.

Is Bloomberg being given special treatment because he has pledged that his entire billion-dollar operation will be left in place until November whether he is the nominee or not?

Assuming they are capable of counting the votes in New Hampshire, Sanders is still likely to win and no re-vote will be recommended. As to Mayor Pete, even if he overperforms he will join the rest of the field staring at primaries and caucuses in states where they are resource challenged, have little momentum or both. Further, it seems unlikely a candidate who polls so low with voters of color and millennials could sustain success in the primary long enough to win the nomination.

The only person left to credibly challenge Sanders is Bloomberg.

Bloomberg is spending money at a level that dwarfs what anyone else has ever done. He’s already spent more than $250 million on his campaign, and has suggested he’d be willing to cross the billion-dollar threshold. This is about the distance in size and scope between Whole Foods and the local farmer’s market.

It should not be lost on Democratic voters that when other presidential hopefuls, such as New Jersey Sen. Cory Booker, came just shy of meeting the standards established by the Democratic National Committee (DNC) to qualify for the debates, they were told the rules were etched in stone and could not be modified. Yet, somehow those rules were recently changed and Bloomberg is now able to join the debates.

It does raise the question, is Bloomberg being given special treatment because he has pledged that his entire billion-dollar operation will be left in place until November whether he is the nominee or not?  The Democrats become the Bloomocrats.

When New Hampshire is done, what will play out next is the fight between Occupy Wall Street and Democratic Party Inc. On one side, you have the Squad, environmentalists and every Democrat who wants to be very liberal on all things great and small. On the other side, you have folks such as former President Obama, former Chicago Mayor Rahm Emanuel and Clinton surrogate James Carville, who warn that it would be a mistake to put forward a radical candidate who will scare away too many voters.

Put down a bet on who wins at your own peril, but one thing is certain: Sanders needs to win it outright because the Democratic Party elites will maliciously deploy convention rules and super-delegates in second-round balloting to keep him from becoming the nominee.

David Avella is chairman of GOPAC and a veteran Republican strategist. Follow him on Twitter @david_avella.
ADVERTISEMENT