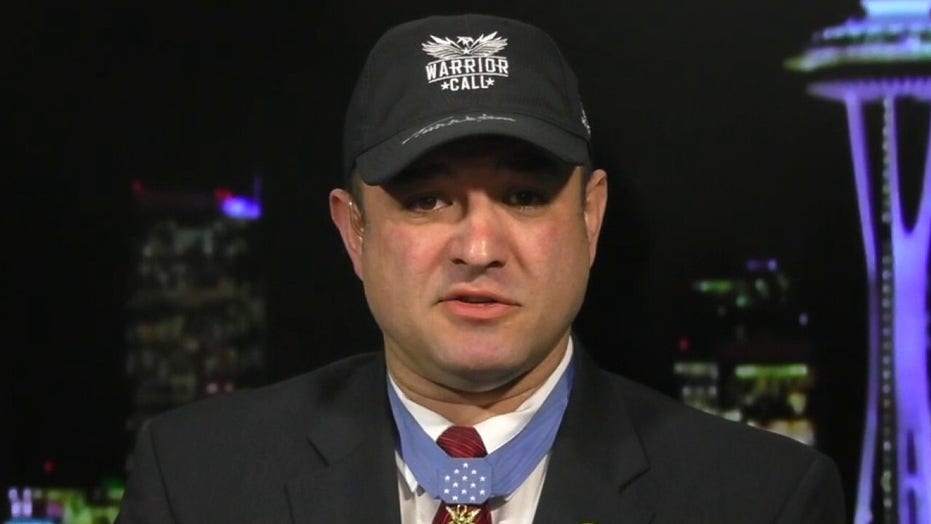 2 US Green Berets killed in Afghanistan, 6 hurt in attack

American troops are still dying in Afghanistan. The real question at this point is, why? We do not have a plan for victory. All we have is a plan to stay so things don’t potentially get worse. That’s not good enough.

Even worse, the attack Saturday that killed two Americans and wounded six others seems to have been by one of our Afghan allies in what is known as a “green on blue” incident. A Special Forces team was conducting a meeting with locals along with Afghan commandos they were training and working with. One of the Afghans in uniform opened fire.

President Trump has said he wants to end our longest war and he is right. Even those who support continuing our efforts in Afghanistan generally argue that if we leave the Taliban will move in and could allow terror groups safe havens. That’s a legitimate concern, but not one that justifies an open-ended commitment to a war that approaches the end of its second decade.

NEWT GINGRICH: CORONAVIRUS IS A REMINDER TO STAY AHEAD OF PANDEMICS

We cannot create a stable Afghanistan. It was understandable to want this after it served as the home turf where Al Qaeda plotted and executed the 9/11 attacks. But 20 years of our blood and treasure, and the long historical record of failed attempts by outsiders to impose their will there, say that is not a valid goal.

We have been negotiating with the Taliban for a while now and they, shockingly, are an unreliable partner for peace. We, and all thinking people, know this. So, let’s not predicate a U.S. withdrawal on some sort of deal we expect them to break as soon as we leave the signing ceremony. Let’s make a one-sided declaration of our intentions with a promise of massive retribution if they cause us any more trouble.

I would suggest it be modeled on the famous quote from Gen. James Mattis in Iraq: “I come in peace. I didn’t bring artillery. But I’m pleading with you, with tears in my eyes: If you f--- with me, I’ll kill you all.”

The verbiage for an Afghanistan declaration could be something like this:

“We came to Afghanistan to avenge a horrible attack launched from here. Those who planned it and those who supported and allowed them to have safe haven are our enemies. We killed many of them and if necessary, we will kill many more. But we do not wish that.

“Here is what we demand to avoid that:

The war in Afghanistan has been hellish for everyone involved: U.S. troops, Afghan government and military, and especially the civilians caught between us and our enemies. But we do them no good by simply extending the failed status quo.

“We believe it would be better if you created a society that was not oppressive, brutal and often barbaric; but we are not the world’s policeman or domestic violence shelter. We will offer a hand of friendship and aid to those trying to make Afghanistan a better place. We will bring a rain of hellfire and damnation down on any who violate these demands.”

This does not require a false profession of good faith by the Taliban, nor a false acceptance of their lies on our part. It lays out a very specific set of requirements and a crystal-clear explanation of the consequences for violating them.

The war in Afghanistan has been hellish for everyone involved: U.S. troops, Afghan government and military, and especially the civilians caught between us and our enemies. But we do them no good by simply extending the failed status quo. As a matter of fact, the “peace” plan I have outlined could actually cause fewer civilian deaths in the long run.

I have no illusions that this would somehow allow the Afghan people to form a peaceful, pluralistic and liberty-based government or culture. Odds are the Taliban will gain more control and impose their theocratic oppression on more of the country. But that is not a U.S. strategic problem. Support for or acceptance of Islamist terrorism is and that should be the focus for our desired end state.

We cannot expect to change the flaws and inherent difficulties in Afghanistan that have given them millennia-long tribal disputes and allowed the growth of a cultural cancer like the Taliban. We cannot incent the Taliban to somehow give up their core beliefs and stop being barbaric despots.

But we can tell them we are leaving because of that and the gloves are off if you cause us any more trouble. The next time the mission will not be winning hearts and minds, it will be flattening anything that threatens our safety. Because rubble don’t make trouble.