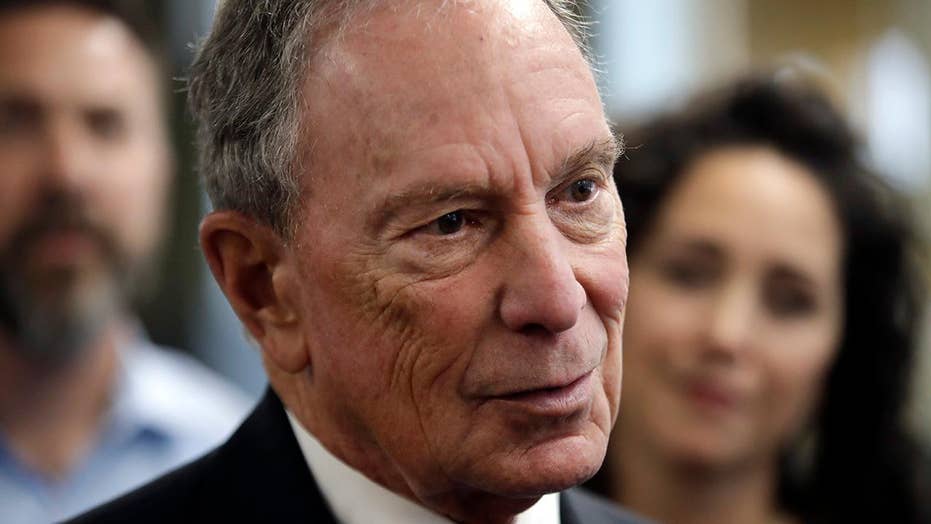 How a Michael Bloomberg run could shake up the 2020 race

Former New York City Mayor Michael Bloomberg appears poised to make run for the Democratic nomination for president. As America’s eighth-richest person – with a personal fortune estimated at over $50 billion – he would self-fund his campaign if he runs and skip the first four election contests in Iowa, New Hampshire, Nevada and South Carolina, an adviser announced Friday.

This unusual strategy would spare Bloomberg – the quintessential New York snob – the indignity of having to beg anyone for money and the inconvenience of retail campaigning in rural communities and small towns among people oh-so less sophisticated, urbane and rich.

Bloomberg has made it quite clear that he looks down his nose at typical Americans who struggle to pay their mortgages, their utility bills and their car payments – while trying to save up to put their kids through college and have some money left over when they retire. These folks do their own cooking or grab a bite at a fast-food restaurant or diner, rather than five-star restaurants.

One only needs to listen to an unscripted Bloomberg with his peers at the 2018 International Monetary Fund (IMF) conference where he spoke candidly about men and women who haven’t reached his lofty heights.

These poor souls eat the wrong things, drink sugary beverages, and some even work in industries that should be driven of business, Bloomberg contends.

For example, the former Big Apple mayor would like to throw coal miners out of work by shutting down their industry – a position likely to torpedo his chances of getting many votes on big coal-producing states like Wyoming and West Virginia. But hey, not many people live there anyway.

“Taxes are one of the real ways you influence people to do what’s in their own interest when they might not expect that,” Bloomberg said at the IMF conference. Curiously, no one asked what right he has to determine the best interest of others.

Bloomberg is a big fan of raising taxes on all sorts of things he doesn’t like. And in heavily taxed New York City he even tried to ban the sale of sugary drinks in cups larger than 16 ounces. His ban was struck down by New York state’s highest court.

Is smoking good for you? No. Should it be legal? Yes. Freedom is good for all of us.

As for American coal miners, after stating they are killing people, Bloomberg dismissed their livelihoods by cavalierly saying: “We can find other things for them to do.”

It's unclear who the “we” is in that statement. Presumably the global elites at the IMF like himself. Nor is it clear what those “other things” are or how much they would pay. One thing is certain: Bloomberg hates coal and pledged $500 million to shut down the industry.

Across America, unemployment is rampant in former coal communities. Home mortgages are underwater. Opioid use and overdoses are prevalent. So is suicide.

And no one holds Bloomberg responsible. That is a dangerous attitude for a potential president

Just look at the traffic situation in my hometown of New York City. Bloomberg and his successor Bill de Blasio have placed over 1,000 miles of bike lanes in the city. Additionally, major crossroads like Times Square were turned into pedestrian plazas. Because they know better.

What is the result when you replace vehicle lanes with bike lanes, when you eliminate parking spots for bicycle racks, and when you meddle? Now Manhattan is even more clogged and congested, so the government implements a congestion tax. A problem created by government results in more government and more taxes.

And no one holds Bloomberg responsible.

Outside of clueless policy, Bloomberg is also terrible on foreign policy. He is a globalist, and as such he is a supporter of large, bureaucratic global organizations like the United Nations, where he pushes for expensive actions to deal with climate change. As a globalist he, too, would capitulate America’s interests when faced with our adversaries abroad.

In a recent interview with Margaret Hoover of "Firing Line," Bloomberg was pressed on China’s atrocious environmental record. The billionaire environmental activist said Chinese President Xi Jinping is “not a dictator” and “has to satisfy his constituents, or he's not going to survive.”

This must be welcome news to the Hong Kong protesters.

“China is doing a lot,” Bloomberg said. “Yes, they’re still building a bunch of coal-fired power plants. But, they are now moving plants away from the cities. The Communist Party wants to stay in power in China, and they listen to the public.”

Besides the fact that Bloomberg shows more sympathy for Chinese Communist Party leaders than American coal miners, he is missing some obvious facts that anyone who claims to be an expert on climate change should know.

For example, it’s a fact that China emits more carbon dioxide than the U.S. and European Union combined. China is a world leader in ocean pollution. Chinese companies are causing environmental disasters across Africa, where they exploit local resources with little concern for the African people and their land.

Despite this atrocious environmental record, China was basically exempt from the rigorous demands of the Paris Climate Accords. President Trump realized those accords were a political farce and pulled America out of the deal. Bloomberg, on the other hand, wrote a personal check to cover America's share of the funding.

These are the games billionaires play when money is no object.

At his recent speech to the U.N., Trump said: “The future does not belong to globalists. The future belongs to patriots.”

Bloomberg in the White House would be the meddler-in-chief.

He weaponizes government to impose lifestyles he prefers and eliminate jobs he dislikes – people, families and communities be damned. He does not put people first domestically, nor America first internationally. His largesse exempts him of the consequences of his own meddling.

America deserves much – much better. If nothing else, to be left alone.