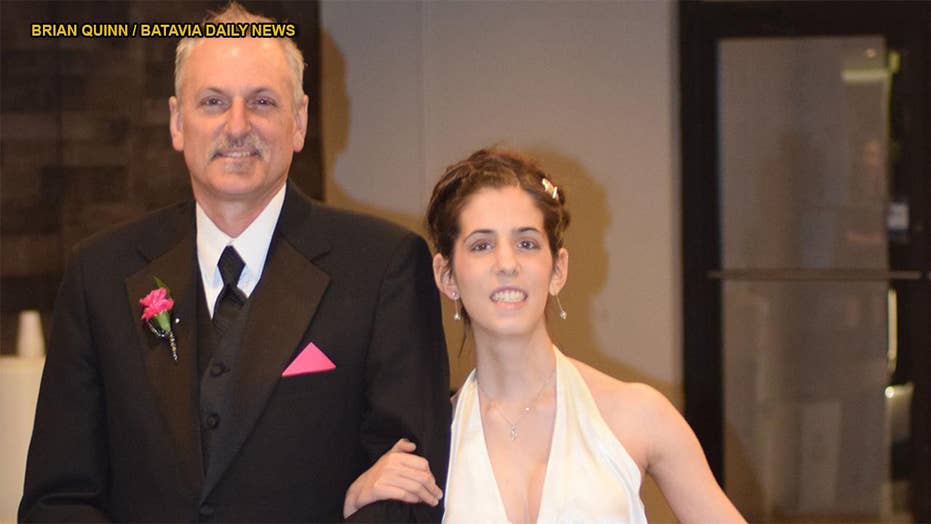 When Toni Perl, a 17-year-old high school student with autism spectrum disorder, was unable to find a date to her senior prom, her father Thomas Perl stepped up and offered to be her date. Social media showered praise on the father for helping his daughter experience a special night.

Serving for many years as a CIA officer in several global hotspots, I thought I had witnessed and taken part in my fill of unexpected life events. I also thought I’ve managed to overcome some tough challenges.

Then earlier this month I did something I had never expected to do and met some amazing young people who had overcome challenges unlike any I had ever faced. I delivered a high school commencement address for the first time in my life, at a school in the Washington area. The private school specializes in teaching bright students with social and communication challenges.

This school is where children on the high-functioning end of the autism spectrum enjoy what makes our country great – freedom of opportunity.

People with autism often have behavioral challenges with social interactions and communication. Psychologists deliberately use the term “spectrum” because every person with autism has unique strengths and challenges.

Colorado State University professor Temple Grandin, one of the first people on the autism spectrum to publicly share her personal experiences, said her inability to understand “neurotypicals” made her feel like an “anthropologist on Mars.”

Pokemon founder Satoshi Tajiri, comedian Dan Aykroyd, actress Daryl Hannah and singer Susan Boyle were diagnosed with Asperger’s syndrome, which is on the high-functioning end of the autism spectrum.

People on the autism spectrum should not allow their differences to be a source of discrimination or a reason for not reaching their potential.

Historians have debated whether Albert Einstein – one of the most famous and brilliant scientists in history – and musical genius Wolfgang Amadeus Mozart were on the autism spectrum.

When I gave my commencement address at the high school, the graduates reacted with smiles and understanding when I told them that I graduated from high school so long ago that I might not ever remember those days.

I remember my history teacher, who taught me to analyze world events with a critical eye regarding what happened in the past.

I remember my downhill ski coach who taught me to stay in control, but throw as much caution as I could to the wind as I raced down the mountain.

I’m sure the graduates I spoke all had memories of valuable lessons they had learned in high school as well.

There is nothing more important to our nation than ensuring all of children can reach their social and academic potential.

President John F. Kennedy said that “our progress as a nation can be no swifter than our progress in education.”

I told the graduates to consider the example of Sef Scott, who delivered a rousing graduation speech to his classmates at Plano Senior High School in Texas in 2018. The young man was largely nonverbal and rarely spoke.

Scott said: "I have autism and a social communication disorder. Just by my being here, speaking to all of you – me – that alone is unexpected."

Scott’s source of inspiration is his brother Sim, a brain tumor survivor who has given dozens of speeches to raise money for children's charities since 2009.

Sef Scott’s message about living one’s life to the fullest applies to us all: "Don't follow someone else's dreams. Don't waste time on something you never wanted. Do the unexpected. It is your life that you are living, not anyone else's. So do what fulfills you. Don't fear the future. Don't fear the unknown. Will it be unexpected? Yes. Yes, it will. But that does not make it wrong."

Graduating from high school is a great accomplishment, and with that comes great responsibility. I asked the graduates to return to their alma mater from time to time. They are trailblazers for the other students, who will follow in their footsteps.

The late college basketball coach Jim Valvano used to say it’s important to spend some time thinking about where you’ve been, where you are today, and where you are headed.

That’s because life is all about change. Transitioning to a new chapter is exciting but can also cause some trepidation, especially for young people on the autism spectrum.

Understanding of autism has grown. But in too many cases, non-autistic (neurotypical) people run the risk of treating people on the autism spectrum differently, even discriminating against them in the workplace or in school.

People on the autism spectrum should not allow their differences to be a source of discrimination or a reason for not reaching their potential.

I’ve never felt more inspired and hopeful about the next generation than when I watched these graduates who had achieved so much. They were celebrating today’s accomplishments and had bigger dreams to fulfill on the horizon.

As Professor Grandin likes to say, “the world needs all kinds of minds.”  Especially those who teach us how much our lives benefit from embracing the unexpected.