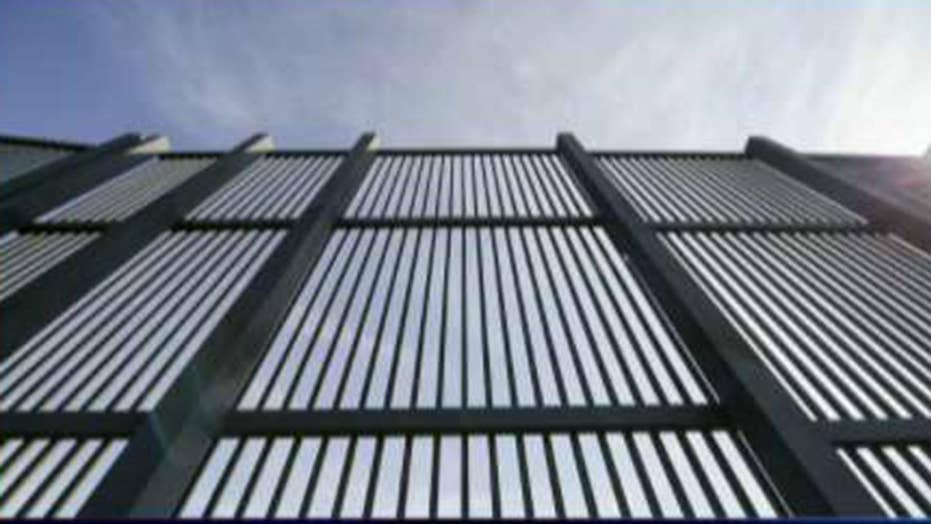 The Supreme Court was wise to side with the Trump administration Friday when it ruled that the president can use $2.5 billion in Defense Department funds for construction of a border wall to replace existing fencing in Arizona, California and New Mexico.

In a 5-4 ruling, the high court overturned an appeals court decision that had barred the administration from using the Defense Department funds while litigation seeking to stop the wall funding is challenged in the courts.

President Trump understands full well that the surge of illegal migration across our southern border is not only a humanitarian crisis, but also poses a danger to the security of the United States. As such, the Trump administration legitimately sought to use money from the Defense Department’s budget to secure the border and protect the American people.

The administration’s effort, like just about every attempt to secure our borders and enforce immigration laws, was met with a lawsuit seeking to prevent funding of the border security fence with Pentagon dollars.

The lawsuit was filed by so-called environmentalists on the flimsy premise that construction of a border security barrier would be damaging to the environment.

Granted, the wall will have some small negative impact on some native plants and animals. Any construction project would. But this damage pales in comparison to the amount of damage being inflicted on the environment by millions of migrants traipsing through the wilderness, leaving tons of debris in their wake, in an effort to enter the United States illegally.

In reality, the lawsuit against Pentagon funding of a border wall was never about protecting the environment. It was about preventing the construction of needed barriers that would effectively thwart people from entering the U.S. illegally.

Conversely, the Trump administration’s concerns about the threats to the nation’s security are legitimate.

The crisis at the border not only invites unprecedented numbers of economic migrants posing as asylum seekers, but poses real concerns that people with far more nefarious motives will take advantage of the chaos to gain entry to the United States.

The Department of Homeland Security is primarily charged with guarding the nation’s perimeter. But the Department of Defense is – as its name clearly states – is responsible for defending our nation and keeping the American people safe.

While the two departments have somewhat different roles to play, they share a common objective of preserving our national security.

As the national emergency has worsened on our southern border in recent months, the flow of people seeking to breach the border has broadened to include migrants from countries where terrorist organizations have gained a footing. As commander in chief, the president is charged with protecting the security of the nation.

As the national emergency has worsened on our southern border in recent months, the flow of people seeking to breach the border has broadened to include migrants from countries where terrorist organizations have gained a footing. As commander in chief, the president is charged with protecting the security of the nation.

As U.S. Solicitor General Noel Francisco argued before the Supreme Court, the interests of protecting the security of the American people and homeland must take precedence over “whatever aesthetic and recreational injuries” the plaintiffs claim to be concerned about.

Friday’s Supreme Court ruling is also consistent with past rulings in which the high court has agreed that the sitting president, as commander in chief, must be afforded broad latitude when it comes to protecting national security, even if it means waiving certain environmental regulations.

Border fencing is a legitimate tool to prevent people from entering illegally. In places along the U.S.-Mexico border where secure fencing is in place, few if any people cross illegally.

Around the world, border walls and fences have been effectively employed to prevent illegal entry and to save the lives of citizens.

Most notably, Israel’s security wall constructed in the early 2000s almost entirely ended a rash of deadly terrorist bombings, while a second security wall along the border with Egypt has been employed to stop illegal immigration.

Friday’s ruling is not so much a victory for the president as it is for the American people, who increasingly have come to understand that our lawless borders pose a threat to the security of the nation.

Much more needs to be done, but the Supreme Court’s green light to wall construction will be a needed boost to efforts to restore order along the border where manpower and resources are being stretched dangerously thin.

The American people are not all that concerned about which pot of money is tapped to secure our border with Mexico. They just want the various departments to work in concert to get the job done, keep us safe and enforce our laws.