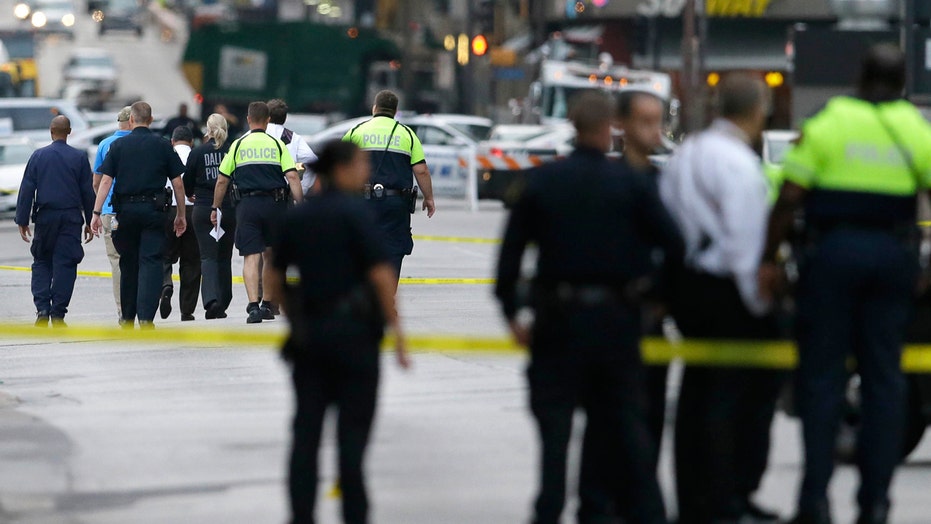 How the Dallas ambush is changing policing across America

Police officers in NYC, Philadelphia and DC will patrol in pairs after Dallas shooting

If you are prone to microaggressions you might want to stop reading and evacuate to your safe space -- because what I'm about to write is politically incorrect.

Back home in the Deep South, we used to sing a song in Sunday school – “Red and yellow black and white - they are precious in His sight. Jesus loves the little children of the world."

We are all God's children no matter what color our skin might be.

I thought about that song as Dallas Police Chief David Brown delivered the stunning news about the sniper who went on a killing spree Thursday night.

To be clear – we do not know the suspect’s affiliations or allegiance, nor do we know anything about other suspects.

But we do know this – the sniper was hunting for people on Thursday night – white people.

As the shots rang out in downtown Dallas -- police tried to protect the anti-police protesters. They put themselves in harm’s way for people who were taunting them -- calling them hateful names.

While others ran away, police officers ran towards the danger. They did what they were trained to do. And they paid the price. Five police officers were assassinated. Seven were wounded.

Click here to get Todd’s best-selling book – an indepth primer on how to restore traditional American values!

It was the deadliest day for law enforcement since 9/11.

Brent Thompson was just 43 – a Dallas Area Rapid Transit officer. He was married a few weeks ago. But today, his beautiful bride is planning his funeral.

From “cops acting stupidly” to “If I had a son…” this president and his administration have proven time and time again that they are no friend to American law enforcement.

In the aftermath of the shootings, the president and his attorney general made clear that what happened in Dallas was about guns.

Granted, he offered his condolences, but honestly – his words seemed empty, hollow.

I’ve noticed an unusual pattern with the Obama administration.

Whenever there is a Muslim terrorist attack they are quick to urge people not to rush to judgment. And yet, when there is a police-involved shooting, it’s “Guilty, Guilty, Guilty.”

The Commercial Appeal in Memphis published a column calling on white people to repent in the aftermath of police-involved shootings in Baton Rouge and Minnesota.

“This is the time for white people in America to tell white police officers to stop killing black men,” the author wrote.

In New York City, protesters once shouted, “What do we want? Dead cops. When do we want them? Now.”

On July 7th in Dallas, Texas – they got their wish.