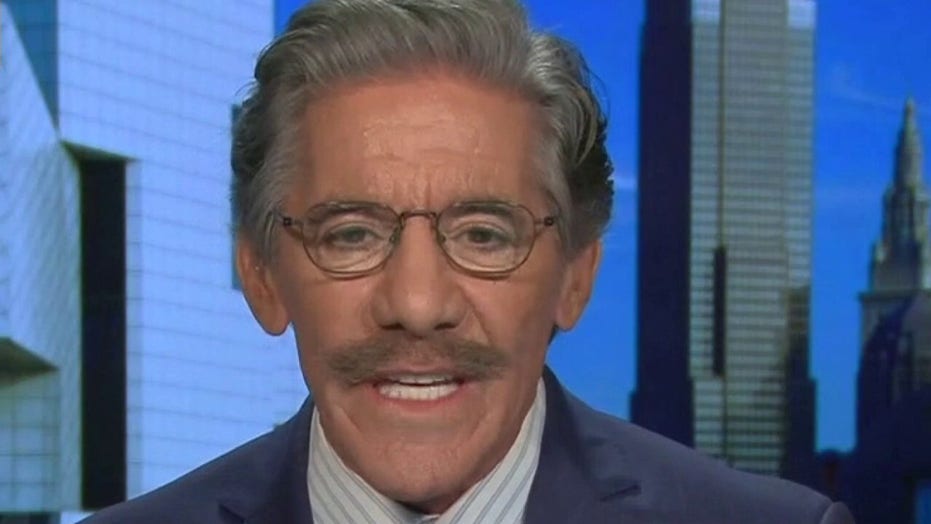 Geraldo Rivera on the DACA 'political football' and debate over Dreamers

President Trump’s comment in an interview Friday that he will sign an executive order including a “road to citizenship” for immigrants brought to the U.S. illegally as children and protected under the DACA program is mistake. He shouldn’t make a major concession like this on illegal immigration without getting something important from Democrats in return.

The president told Telemundo anchor Jose Diaz-Balart that in the next few weeks “I’m going to do a big executive order, I have the power to do it as president and I’m going to make DACA a big part of it.”

DACA stands for Deferred Action for Childhood Arrivals. The program was created by President Barack Obama under an executive order in 2012. According to the Department of Homeland Security there are now about 643,000 DACA recipients in the U.S.

Many DACA recipients are now young adults and have spent most of their lives in the U.S. Under DACA, they remain here legally. But an end to the program could make them eligible for deportation to their native countries, or simply keep them in the shadows if they remain in the U.S.

When he campaigned for president in 2015, Trump correctly labeled Obama’s decree as being illegal. He tried to end DACA, but the Supreme Court earlier this month gave the Obama order a reprieve in a 5-4 ruling that speciously claimed that the Trump’s legal papers lacked a sufficient explanation for a reversal of the Obama executive order. That means Trump could try again to end DACA.

For Trump to do an about-face now and give DACA recipients what he called “a road to citizenship” would be a huge blow to his base and a major policy mistake if he does so without getting significant concessions in return from the open-borders crowd.

In 2016, many voters were turned off by candidate Trump’s acerbic style, but they voted for him anyway because of his policy positions — including getting tough on illegal immigration —  and because he was perceived to be a practical businessman and a tough negotiator.

One of President Ronald Reagan‘s biggest mistakes was signing the 1986 Amnesty Act for illegal immigrants.

Indeed, the president negotiated some commendable deals, including the U.S.-Mexico-Canada Agreement to replace the North American Free Trade Agreement, along with a promising trade deal with China prior to the coronavirus pandemic.

So why would Trump simply cave to the Democrats on DACA without requiring them to give something on their end?

While it’s true that even Republicans have a soft spot for people who were brought here illegally as children by their parents through no fault of their own, millions of Americans still want to see a more comprehensive package that would include some of the following:

An end to sanctuary cities that have popped up throughout Democratic strongholds across the nation.

The enactment of Kate’s Law, which would impose a mandatory five-year prison sentence for deported criminal illegal immigrants who try to reenter the U.S.

A needed border wall to reduce the flow of illegal immigrants — including criminals — and drugs into the U.S. from Mexico.

Mandating the use of the E-Verify database by businesses to ensure that they are not employing illegal immigrants who forge paperwork.

A change in the asylum laws that allow hundreds of thousands of illegal immigrants to gain entry into the U.S. by falsely claiming they face persecution in their home countries.

A change in the unaccompanied minors law that has incentivized Central American parents to pay dangerous coyotes who are members of criminal cartels to transport their children over the U.S. southern border.

Modifying chain migration, which allows one person gaining authorized access into America to bring in his or her entire extended family.

The president's comment about a pathway to citizenship for DACA recipients smells of election-year desperation. It looks as though he is sweating the fact that his approval rating has dipped below 40 percent in polls and he is behind in most of the swing states he won four years ago

But Trump shouldn’t think for a second that granting this amnesty is going to get him additional votes.

It’s one thing to grant protection from deportation, but it’s quite another to take the next step and provide citizenship. Such action would almost guarantee Republicans being shut out of the White House for a generation.

This is another example of Republicans seeking short-term gain at the expense of long-term security. It's what we saw when corporate America sold out the long-term interest of America's middle class for short-term profits in moving jobs to China. It’s what we’re seeing today as corporate America sells out to the radical and intolerant left in the support of boycotting other businesses.

These short-term ploys wind up being a form of political suicide. That's exactly what granting citizenship to illegal immigrants would be for Republicans who ignore the views of their base.

One of President Ronald Reagan‘s biggest mistakes was signing the 1986 Amnesty Act for illegal immigrants. It was supposed to be the last amnesty we ever had. All it did was send a message that it paid to come here illegally, rather than waiting in line.

As a result, another 20 million individuals did just that over the next 35 years. In the meantime, the millions of people around the world patiently waiting their turn to get into America the right way have become the biggest suckers on the planet.

There surely are a number of Republican strategists figuring that an election victory by former Vice President Joe Biden is going to give citizenship to illegal immigrants anyway. So why not just do it now, with the hope of siphoning some votes from Democrat Biden?

But that’s not why Americans – Republicans, independents and even some conservative Democrats – elected Trump. They wanted a fighter, not someone who was going to cave in for political expediency when things got rough.

The only chance America has of stemming the tide of illegal immigration is a Trump win in November and the leverage that it would provide to get the concessions from open-border Democratic politicians.

What’s the point of voting for Trump if he’s going to make a major concession to Democrats on illegal immigration and get absolutely nothing in return?

It’s ironic that this last-minute Hail Mary attempt by the Trump campaign appears to be a sudden effort to court independents. Many of us have been asking Trump to seek support from independents for the last four years.

But in truth, a major reason the president has lost independents — and particularly college-educated suburban women — is because of his insulting tweets, harsh rhetoric and overly combative style.

A much better way to please independents is to stop tweeting about the Confederate flag, and about monuments and military bases named for Confederate generals who waged war against the United States to preserve slavery.

Trump can also gain support by exhibiting some empathy and sounding less obsessed about minor controversies, such as the recent flare-up over NASCAR driver Bubba Wallace.

But the president should not cave on illegal immigration – one of the core policy issues that first attracted disaffected voters to the Trump campaign.