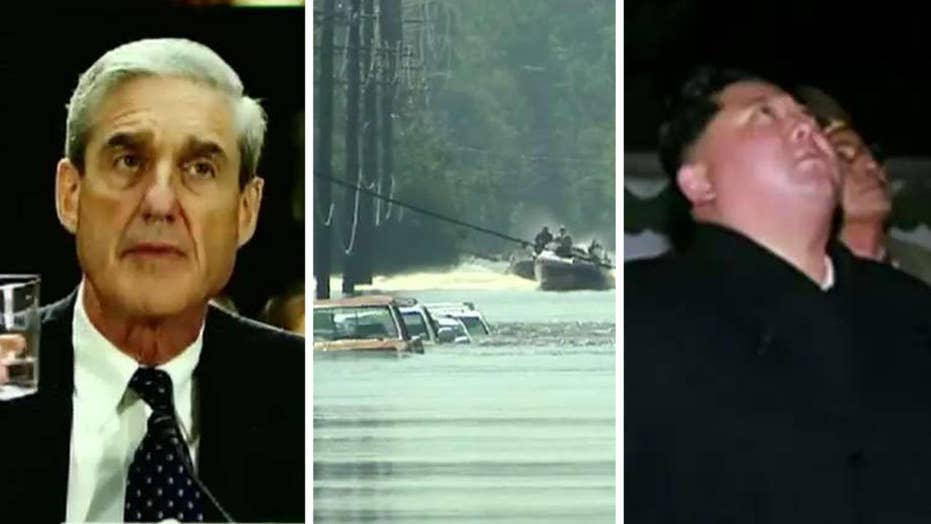 Shepard Smith looks back at the year's top stories.

With the year coming to a close, it’s time to hand out awards for 2017.

Winner of the Year: Supreme Court Justice Neil Gorsuch. Picked by President Trump and narrowly confirmed by the Senate, he’s now got a great job for the rest of his life. And he knows how easily this award could have gone to President Obama’s nominee Merrick Garland.

Loser of the Year: Filmmaker Harvey Weinstein. Quite a few men have fallen since his career came to a crashing halt after being accused of sexual misconduct. But being the first to go in the 2017 scandals, he was the one who thought he could survive the charges.

Comeback Kid Award: Senate Majority Leader Mitch McConnell, R-Ky. After having trouble the entire year herding unruly Republicans, he got a big win when the Senate passed the Tax Cuts and Jobs Act of 2017. Of course, if the law is unpopular, he may become the Loser of the Year in 2018.

Whatever Happened To Award: Anthony Scaramucci. Who can forget those six glorious days in July when he was White House communications director? Apparently, just about everyone.

How Can We Miss You If You Won’t Go Away Award: Former Vice President Joe Biden implies he’ll run for president in 2020.

Word of the Year: “Covfefe,” teaching us that when the president makes a typo on Twitter, it becomes part of the English language.

Under covered Story of the Year. The Dow Jones broke 20,000 and almost made it to 25,000. Seems like a big deal, but it didn’t appear to get that much attention outside the financial pages.

Never-ending Story Award: The investigation by Special Counsel Robert Mueller of Russian interference in the 2016 presidential election, which has been going on for most of the year and doesn’t seem to have an end in sight. Mr. Muller, any chance you’ll wrap this up soon? Let us know.

Most Confusing Story of the Year: Everyone seems to be talking about Bitcoins, but no one seems to be able to explain what they actually are or why they’re so valuable.

Missing Story of the Year: Weren’t they going to build a wall on our border with Mexico? OK, the built some prototypes, but you know what I mean.

To Be Continued Story of the Year: The Democrats won a gubernatorial race in Virginia and a senatorial race in Alabama. In 2018, we’ll discover if this was a trend or a blip.

Drama Queen Award: The Washington Post adopts the motto “Democracy Dies in Darkness.” Calm down, folks – you got through the Depression, World War II, McCarthyism, Vietnam, Watergate and the War on Terror without a motto, after all.

Photo of The Year: Al Franken in grope mode.

Biggest Unforced Error Award: Kneeling during the national anthem to make a political point. This became a popular thing among many NFL players, but did nothing for their cause and mostly just annoyed fans.

Worst Ad: Kendall Jenner did an ad for Pepsi where she fixed race relations at a protest, or something like that. No one is sure what happened. They only remember it was offensive.

Parade of the Year: All those figures exiting the White House – from Sean Spicer to Reince Priebus to Mike Flynn to Steve Bannon to Sebastian Gorka to Omorosa Manigault. It was a lively march filled with a cast of characters.

That’s A Switch Award: Democrats embrace states’ rights. Across the nation, they fought to make sure their states wouldn’t have to help federal immigration officials enforce the law.

Wasted Energy Award: President Trump’s enemies spent an awful lot of time hoping to force him out of office with marches, campaigns to support impeachment and efforts to have him declared unfit to serve under the 25th Amendment. Surely they had better things to do.