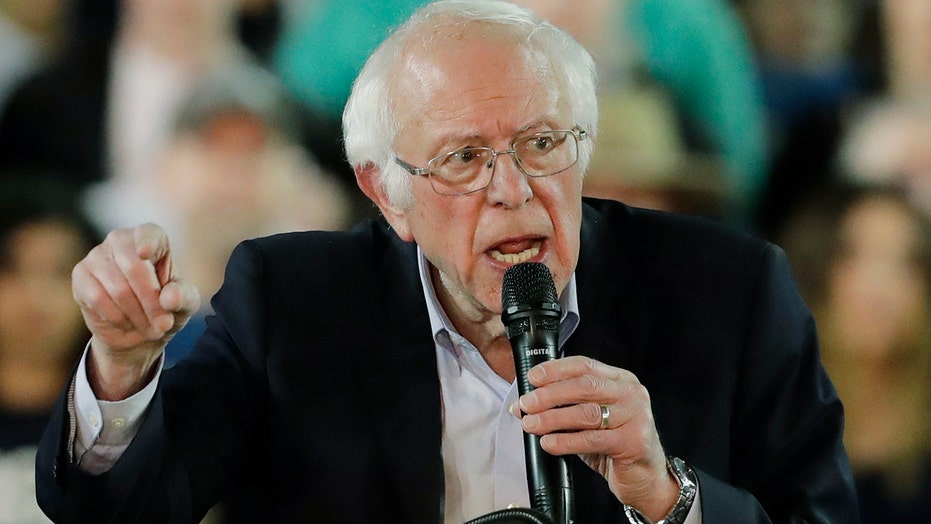 Poll: Bernie Sanders is the favorite to win the Nevada caucuses

What would a victory mean for the front runner? Fox News contributor Liz Peek weighs in.

The Democratic Party establishment and their mainstream media partners are on a last gasp mission to steal the nomination from Sen. Bernie Sanders, I-Vt. Again. This effort using former New York City Mayor Mike Bloomberg's billions to rent a party and steal an election opens the surest path to a Trump 2020 victory.  While Sanders could potentially win most of the upcoming primaries and caucuses, he is likely to be still denied the nomination if it goes to a brokered convention. Establishment Democrats' open and brazen disrespect of Sanders and his supporters could end up delivering a second term to President Donald Trump.

Democratic insiders have been fearing a Sanders nomination. According to several reports, even former President Barack Obama is willing to do what he can to deny the Vermont Senator the nomination. While they might be successful in their efforts to thwart Sanders, they will be doing so at the party’s peril. A large portion of Sanders voters have signaled to pollsters that they’re willing to back Trump in the general election or not vote at all.

While Sanders supporters are dedicated to their candidate, they’re the least likely to support the Democratic Party if he is not the nominee. A poll released in late-January from Emerson College revealed that only 53 percent of Sanders voters said they would back the Democratic candidate in fall with 16 percent saying they flat-out wouldn’t support anyone besides Bernie.

This is borne out in national polling as well. An NPR/PBS News poll released on Feb. 18 shows that if the election came down between Sanders and Trump, the Vermont Senator would win the support of progressive Democratic vote by a 95 points margin. Consensus Democrats who have establishment backing pale in comparison. Biden and Buttitgieg win progressives by 87 points and Bloomberg by 83 points. While it may not seem like much, a double-digit drop in the number of progressives willing to support the Democratic nominee, especially if it’s Bloomberg, would be disastrous for the party. This is especially true in states where progressive voters make up a significant portion of the Democratic base like New Hampshire.

Exit polls from the nation’s first primary state revealed that 15 percent of voters who cast a ballot on Feb. 11 said they were unwilling to “support the Democrat’s nominee regardless of who it is” if their candidate wasn’t running in the general. The most significant chunk of those saying they were reluctant to blindly support the Democrat nominee were Sanders voters. New Hampshire is a state that voted for Hillary Clinton by just 2,736 votes. If Bernie’s base doesn’t turn out, it could very well be a red state in 2020.

A study from the Cooperative Congressional Election Study found that in 2016, 12 percent of Sanders supporters cast their ballot for Trump in the general election. Another study from the Public Religion Research Institute found that those voters were turned off by the Democratic Party’s movement towards the left on cultural issues, like the party being too woke for their liking. And we know many more believed the Democratic Party was just too corrupt and just decided not to cast a ballot at all. Rather than learning lessons from the 2016 election, Democrats have doubled down on their rhetoric and their unwillingness to cede ground to Sanders and his base.

If Bloomberg can buy his way to the nomination, we’ll likely see more defections from Sanders’ true believers, especially those who are registered independents. They may not love the president, but they hate the direction of the Democratic Party, and that may be enough to re-elect Trump.

Ryan James Girdusky is a writer and commentator.