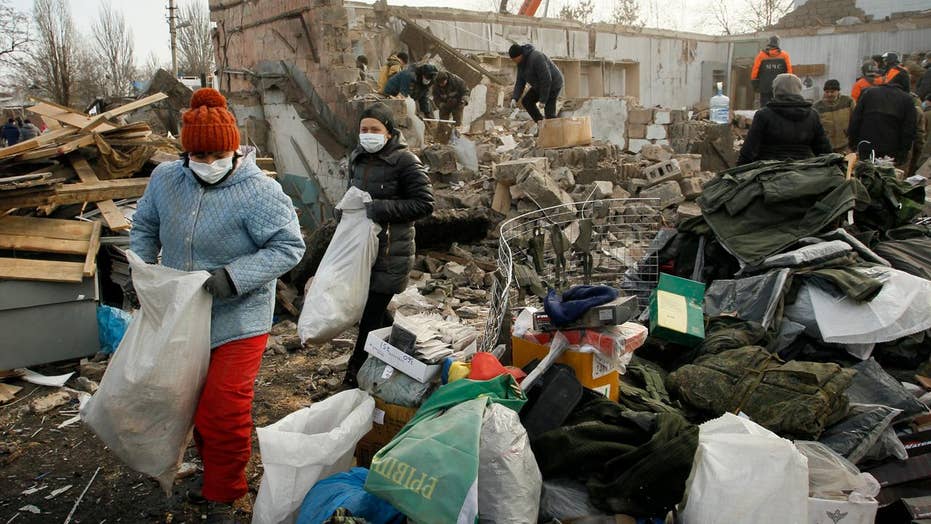 Unrest in Ukraine may test US relationship with NATO

Ukraine is the central battleground between the rapidly fraying West and the brutally ascendant East.  As NATO bickers over defense contributions by member states, Article 5 commitments and its renegade member Turkey, Russia is taking concerted action to secure its borders, expand its influence and weaken the bedrock alliance that has kept the peace in Europe for the past 60 years.

Ukraine lies at ground zero in this clash of civilizations between the rule of law and the power of the sword.  Its moves to join the EU prompted Russian troops to seize the eastern third of the country. Despite U.S. and European sanctions, Ukraine remains a divided and war-torn state on NATO’s eastern flank.

Curing the cancer of corruption will require radical surgery and The Global Magnitsky Human Rights Accountability Act might be one of the options to punish corrupted foreign officials.

Secretary of State Rex Tillerson’s July 7th appointment of Ambassador Kurt Volker as Special Representative for Ukraine Negotiations is a necessary but insufficient step in the right direction. Implementing the Minsk Agreements, which provide a blueprint for a political settlement, may reduce the violence but it will not cure the cancer that is steadily destroying Ukraine and doing more harm to the integrity of the state than Russian-backed aggression.

Ukraine is 130th out of 168 countries ranked by Transparency International’s Corruption Perception Index 2015. It is worse than Russia (119) in terms of corruption. According to the Canadian Broadcasting Company (CBC), Ukrainians cite corruption as a more urgent problem than the war against pro-Russian rebels – by a margine of two-to-one.  Another survey by the European Business Association and Dragon Capital, Ukraine’s leading private equity firm, found that “Foreign investors believe that the biggest obstacles for investment in Ukraine are widespread corruption (average score – 8.5 points out of 10 possible) and lack of trust in the judiciary (7.5 points).”

Most of the pre-war investment in Ukraine was actually re-invested Ukrainian and Russian capital, which means that key factors that keep genuine FDI away from Ukraine existed before the onset of the conflict. These obstacles still need to be addressed. As the Organization for Economic Co-operation and Development underlines, “While the political and security situation has deteriorated in recent years, the problems are long-term and have to do with poor business environment, weak institutions, and widespread corruption.”

Institutional rot is at the core of Ukraine’s problem. The officials charged with enforcing Ukraine’s anti-corruption efforts are themselves compromised. Ukraine’s Prime Minister recognized this issue when he admitted last year that, “The weakest link in our fight against corruption are the Ukrainian courts.” Despite an initiative that requires judges and other public sector workers to detail their wealth in an online database, judges continue to drive Porsches and receive large sums of cash to influence judicial decisions.  One-third (24 of 68) of the criminal cases sent by the National Anti-corruption Agency of Ukraine (NABU) and the Specialized Anti-corruption Prosecutor’s Office (SAPO) to courts remain stalled for over one year.

The senior leadership of Ukraine’s Anti-Corruption Action Center, which has received significant funding support from the U.S. government, has profited from sweetheart deals and kickbacks.  Its Director, Vitaly Shabunin, earns $34,000 according to his tax filing.  In 2010, he bought an apartment for $60,000.  In 2014, he acquired land near Kiev for $20,000.  In 2016, he sold his apartment for $34,000 and built a house for $83,000.  All properties are registered in his wife’s name and there are no mortgages on the properties.

Politically motivated state-sponsored gangsterism has also had a chilling effect on Ukraine’s investment climate.  In April 2017, Ukraine’s state security service raided the Kiev offices of Dragon Capital, one of the country's largest investment banks, over the alleged use of illegal software. Prime Minister Volodymyr Groysman interrupted a cabinet meeting to express his surprise at the news of the raid on Dragon Capital, which he warned could affect investor sentiment. Dragon Capital CEO Tomas Fiala said the searches were part of a government-backed effort to pressure the bank, whose assets had been seized by allies of President Petro Poroshenko such as Ukrainian lawmaker Oleksandr Granovsky.

In another long-running legal battle, American citizens Ilya and Vadim Segal allege that Ukrainian oligarch billionaire Dmitry Firtash (being extradited to the US to face bribery charges ) and his DF Group allegedly supported  by MP Ivan Fursin and by Sergei Levochkin (former head of the Administration of President Yanukovich and Firtash partner at Inter News Channel) seized a $50 million soybean plant they owned through “a campaign of fraud, physical threats, coercion and corruption.” After a series of legal victories, the Segal brothers still struggle to get access to their factory.

In his meeting with Ukrainian President Poroshenko last June, Vice President Pence stressed the importance of “continued reforms to fight corruption, improve the business climate, and keep Ukraine's International Monetary Fund program on track.” This anodyne-sounding advice goes to the heart of Ukraine’s national epidemic.  Curing the cancer of corruption will require radical surgery and The Global Magnitsky Human Rights Accountability Act might be one of the options to punish corrupted foreign officials.

Adam Ereli was the U.S. ambassador to Bahrain and deputy State Department spokesperson during the George W. Bush Administration.