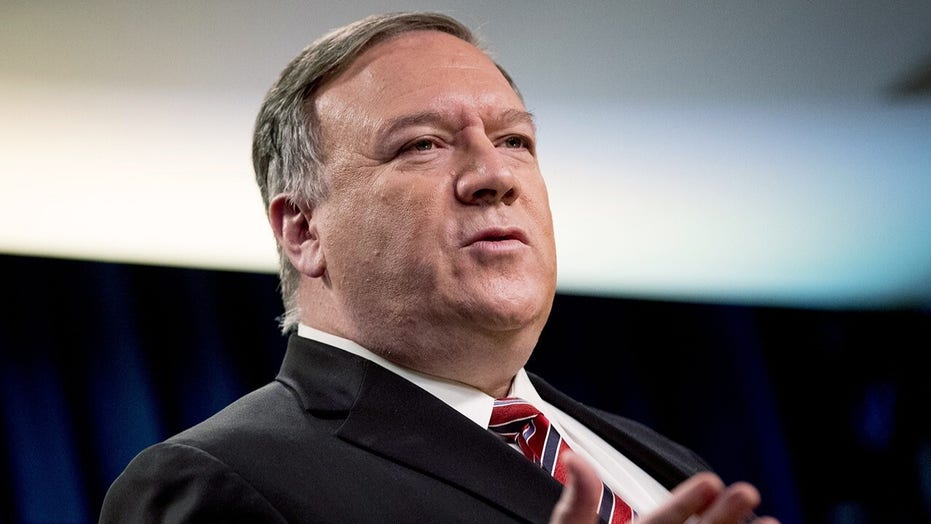 The Chinese Communist Party (CCP) owes the world answers to some pressing questions.

After becoming aware of the coronavirus outbreak, why did China continue to allow flights from Wuhan to other parts of the world? And why did China buy an estimated 2.2 billion masks between Jan. 24 and the end of February? A new lawsuit filed by Missouri Attorney General Eric Schmitt may help us learn more.

The Missouri suit seeks to hold the CCP accountable for the mass sickness, death and devastating economic harm that it has wrought through its deception regarding the virus’ existence and severity, as well as its suppression of critical public health information.

LIZ PEEK: CORONAVIRUS AND CHINA – 4 WAYS US CAN START TO AVENGE DEATHS OF HUNDREDS OF THOUSANDS

The Missouri lawsuit alleges that the CCP delayed in notifying the World Health Organization (WHO) last December of the outbreak in China, in violation of international health regulations. Missouri also claims that the CCP intentionally withheld from the WHO evidence of human-to-human transmission of the virus for several weeks — critical information about its severity.

As part of its campaign to suppress critical information, the Missouri complaint states that the CCP arrested eight doctors who sought to raise awareness about the virus and educate the public about its dangers. It also claims that numerous Chinese citizen-journalists who reported on the outbreak have gone missing in recent weeks.

The Missouri lawsuit further calls out the CCP for failing to take necessary steps to prevent the spread of the virus even though it was well aware of its gravity. The complaint alleges that the government allowed citizens to travel to celebrate the Lunar New Year, both to and from Wuhan (i.e., COVID-19 ground zero), as well as to and from other countries. Missouri claims the CCP did nothing to stop mass gatherings — including in Wuhan — that were hot spots for transmission.

The sum of these allegations is that the CCP — through its campaign of deception and denial — allowed the virus to rage undetected, penetrating global borders and increasing at an exponential rate.

Missouri should be applauded for recognizing the massive harm that Chinese Communist Party has inflicted. Others are joining the call for the CCP to account, as well.

But that’s not all. Not only did the CCP contribute to the severity of the pandemic, but it also hurt other countries, including the United States, by hoarding personal protective equipment (PPE), such as masks.

China is the largest producer of PPE in the world but the Missouri lawsuit alleges that the CCP “[took] over factories that make masks on behalf of American companies” such as 3M to keep output for itself. According to the complaint, the scant PPE that China has continued to export to the rest of the world has been found in many instances to be defective.

As a consequence of this malicious behavior, American health care providers have struggled to provide care during the pandemic, and are themselves at an increased risk of contracting the virus. All of this so that the CCP can gouge the price of masks and other PPE in the face of unprecedented demand.

The effects of the coronavirus have been devastating. More than 3 million people have contracted the virus worldwide. The number of U.S. cases now exceeds one million, and nearly 70,000 Americans have died from the virus to date.

The figures showing the economic impact are similarly jaw-dropping. Across the United States, businesses are closing because the economic strain caused by the virus has proven too much to bear. The Missouri attorney general estimates that the economic loss to his state alone could be in the “tens of billions” of dollars — and that’s just one state.

Last week, reports showed that 26.5 million Americans have filed for unemployment during the pandemic. In the coming months, the national unemployment rate is likely to hit 16 percent — or even higher. There haven’t been this many people out of work in the United States since the Great Depression.

Missouri should be applauded for recognizing the massive harm that CCP has inflicted. Others are joining the call for the CCP to account, as well. The attorney general of Mississippi, Lynn Fitch, has filed a similar suit to Missouri’s. And last week, former U.N. Ambassador Nikki Haley’s organization, Stand for America, launched a petition to “Stop Communist China,” urging Congress to “investigate China for its role in the COVID-19 crisis and take measures to halt China’s influence in America and around the world.”

American businesses — especially small businesses — are facing an economic crisis we haven’t seen in our lifetimes. The road to recovery will likely be long and rocky. As Missouri Attorney General Schmitt said last week about China, “They are responsible for this and the responsibility lies directly at their feet.”

I couldn’t agree more. The CCP has caused world upheaval (and even its own people are victims). I hope other states and organizations take up the fight in seeking justice.