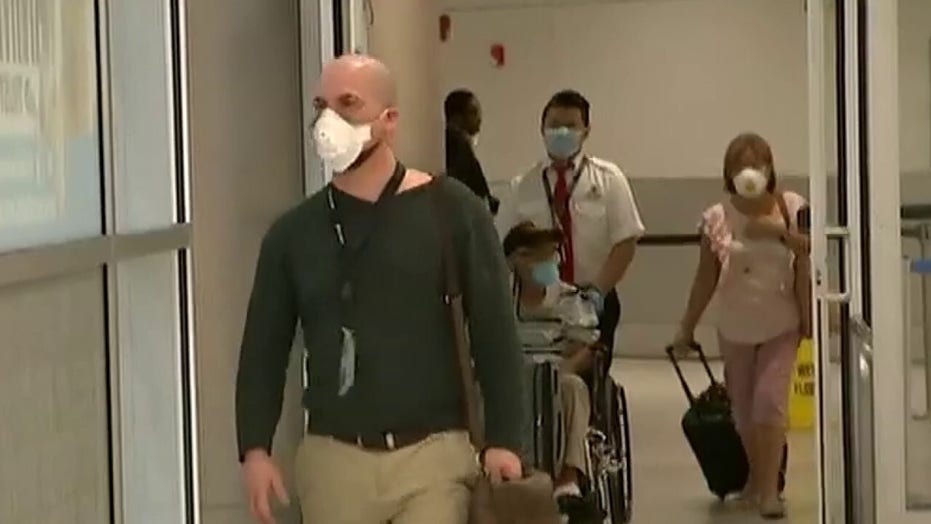 Just over a week ago, Congress passed and President Trump signed into law the CARES Act, an unprecedented emergency relief package to help the American people through an unprecedented crisis.

This legislation will provide immediate and direct assistance to workers, families and job creators. It directly aids hospitals and the heroic caregivers on the front lines of treating COVID-19 patients, small businesses that have been forced to shutter, and individuals who have lost their jobs as a result of the government’s important public health efforts. As part of this measure, we also provided critical assistance to America’s airline industry.

Through no fault of its own, the entire aviation industry has been hit especially hard through this difficult period. Many countries, including our own, have instituted tight travel restrictions to flatten the curve and slow the spread of the coronavirus pandemic.

BERMAN AND GOTEZMANN: CORONAVIRUS RESPONSE — A CHANCE TO MAKE THE WEST GREAT AGAIN

Each day, there are substantially more flight reservations canceled than booked. Some planes are flying nearly empty from place to place – not only putting economic pressure on the companies themselves and the people they employ but also countless support industries ranging from caterers and cleaners to hotels, rental car providers and the travel industry as a whole.

On its own, the airline industry employs 750,000 people directly, and it indirectly accounts for millions of more jobs. Without help, hundreds of thousands of these jobs would have evaporated overnight as airlines tried to reconcile their costs with plummeting revenue. While Congress’ action is certainly meant to help those workers and their families survive this crisis, it also reflects our view that this industry will play a central role in our country’s economic revival.

The aviation industry helps power America’s economy, and millions of travelers depend on airlines to conduct business across the United States and the globe. Simply put, when our planes can’t fly, the American economy is grounded too.

We’ve been in a situation like this before. In the aftermath of the Sept. 11 attacks, all air travel was halted. Planes were grounded, and airports closed. However, once the planes started flying again, the recovery followed, and months later, our economy regained its strength and helped a grieving nation find its footing.

We know that our country will stand together and get through this difficulty, but we also know that we need the essential economic building blocks in place in order to recover more quickly.

It’s hard for us to think back to that fearful time, but then as now, the president and Congress concluded that the airline industry’s challenges represented a national problem, not just an industry-specific one. We know that our country will stand together and get through this difficulty, but we also know that we need the essential economic building blocks in place in order to recover more quickly. That’s how Americans will get back to work, care for their families and build their futures. A robust aviation industry is a critical building block to making all that possible.

The CARES Act contains safeguards to protect our taxpayers and make sure that we’re spending money wisely; as fiscal conservatives who have long fought to rein in Washington spending, this was one of our highest priorities. There were days of back-and-forth and debate about what to do and how best to do it, and we did not agree on every decision that was made.

But, ultimately it passed with overwhelming bipartisan support, and there was widespread agreement that immediate, much-needed help for the aviation industry (as part of our overall efforts to help every sector, small businesses and families hurt by the crisis) would also have strong positive ripple effects throughout the country. Soon, when the virus has been constrained and curtailed, there will be an American recovery, and a healthy and vibrant domestic airline industry will help lead it.

For over 200 years, Americans have overcome enormous challenges, and this crisis will prove to be no different. America’s economy will re-emerge with strength and fortitude. And the hardworking men and women of the aviation industry will play an integral part in its resurgence.

Sam Graves is the congressman for Missouri’s Sixth District and the leading Republican on the House Committee on Transportation and Infrastructure.