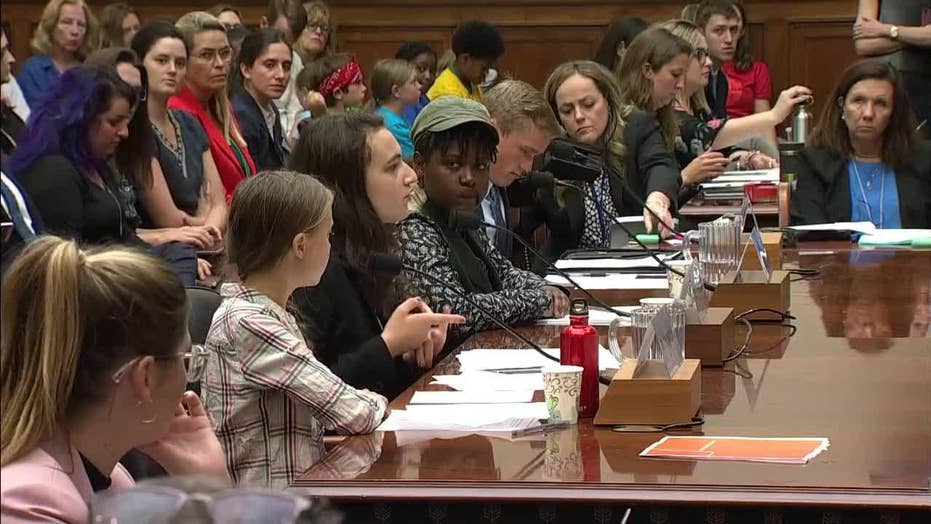 Kids are stepping up and calling for action to protect our planet. All over the world on Friday kids are part of climate strike protests. President Trump should pay attention.

The Trump administration and this president, in particular, will go down in history for their unrelenting attacks on science, with climate science as the chief target. But while Trump and the GOP continue to hide from reality, young people across America are actually gearing up to tackle the climate crisis.

Earlier this month in Texas ahead of the Democratic presidential primary debate, students at St. Catherine’s Montessori held a caucus of their own to discuss solutions to the climate crisis. These young people know what the president refuses to see: Climate change is here and we can no longer ignore it. Moreover, they are discussing these ideas and solutions in a forum designed to be respectful and productive.

At the most recent televised presidential climate town hall, young Americans stood up and asked some of the most insightful questions of the night. A high schooler asked about fracking. A college student asked about implementing a carbon tax. A young activist asked about the impact of climate change on communities of color. A young Democrat asked about how to win over climate skeptics. They powerfully represented the concerns of their generation, which stands to gain or lose the most from what government does or does not do in the next few years on climate and energy policy.

This week’s youth climate strike will make it obvious to us all that these young people are serious and united in their goal of getting the adults in power to act on climate. Young people are asking adults to join them in solidarity as they strike at hundreds of locations across the country in support of climate action on September 20th. They are joined by 16-year-old Swedish climate activist Greta Thunberg, who came to the U.S. this month carrying a simple message: “Listen to the science.”

Climate impacts are everywhere. Those of us who aren’t so young anymore should be the first to spot them – after all, we’ve seen how much worse it’s gotten in our lifetimes. Storms are getting stronger, temperatures are getting hotter, water is rising higher, droughts are lasting longer, wildfires are getting scarier. For those of us who may not live to see 2050 – the date by which the science says we need to reduce our carbon footprint to net zero –  perhaps it doesn’t seem so dire. But for kids who could live beyond the year 2100, the dangers from climate change aren’t an abstraction.

That might be why poll after poll shows that younger generations are more likely to be worried about climate change and more likely to rank it higher as a political priority than older Americans are. And this includes young Republicans, who are far less likely to follow their party leaders down the path of climate denial. Trump and the GOP are setting themselves up for long-term political failure, as young Republicans are losing patience with their party’s short-sighted attitude toward climate.

And here’s one final thought. During the recent hurricane coverage and Trump’s Alabama controversy the president’s behavior was called “childish.” The president drew on a hurricane forecast with a Sharpie. Then he threw a Twitter tantrum, kicking and screaming when he was called out for it. As a result of his drawing skills and immature behavior, people are calling him “childish.”

Trump and his Sharpie tantrum don’t deserve to be called “childish.”

When it comes to climate change these days, “childish” ought to be a compliment. Trump, the Democratic presidential candidates and basically everyone in Congress, should all hope to be called “childish,” because the kids have got this and the adults need to hurry and catch up.