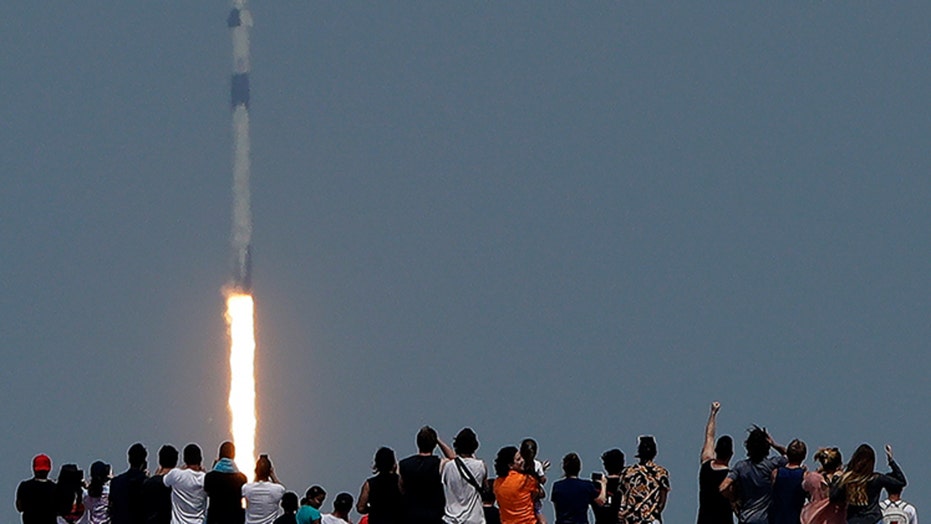 It’s an exciting time for space exploration. On May 30, SpaceX and NASA launched a manned mission into space, sending astronauts into orbit. It was the first time anyone had flown into space from U.S. soil since the Space Shuttle program was retired in 2011.

The launch was also historic because never before had a privately designed and built spacecraft carried astronauts into space. The mission illustrates that the future of space travel will be driven by American innovation and entrepreneurship.

The Chinese are also heavily investing in space, with support and funding from the ruling Communist Party.

We are beginning the next great space race. It’s the United States versus China, in competition to be first to create systems for commercial space travel, to establish outposts on the moon, and ultimately to colonize other planets.

Never has the time been more important to discuss the future of space exploration and the importance of space as an infrastructure investment. This is why I explore the U.S.-China space race and humanity’s future in space more broadly on this week’s episode of my podcast “Newt’s World.”

My guest is Charles Miller, president and owner of NexGen Space LLC. Few people have deeper knowledge and a more impressive resume in terms of preparing for the future of space travel.

It’s vital for Americans to understand that, in the long run, no issue is more important than U.S. leadership in space.

As Miller told me, in the future whoever dominates space is going to be able to control Earth and dictate the planet’s culture and values. The next decade or two will determine whether the future of humanity will be governed by freedom and respect for the individual or by oppression and repression.

China seems to understand what’s at stake and has more launches into orbit than the U.S. The Chinese government is giving its commercial space companies huge subsidies to grow a massive industry.

The Chinese are also copying and stealing American and Russian technology. Beijing is growing its commercial space capabilities rapidly, investing in the effort to influence the future.

The Chinese threat in space is real, and America cannot become complacent. The U.S. needs to let private companies like SpaceX innovate and lead America into the future in space travel and habitation. Commercial efforts will be far more efficient than NASA, which has a crucial role to play but shouldn’t be the driving force.

Space holds effectively unlimited resources and can provide boundless opportunities for humanity. But if China’s communist dictatorship outpaces the U.S. in space, hope will quickly turn into despair.

I hope you will listen to this week’s episode. Now is the time to have a practical, comprehensive national conversation on space – both the amazing opportunities and the serious threats if we wait.

And I hope you will listen to my last episode, which examined the Michael Flynn scandal and how Russiagate began.